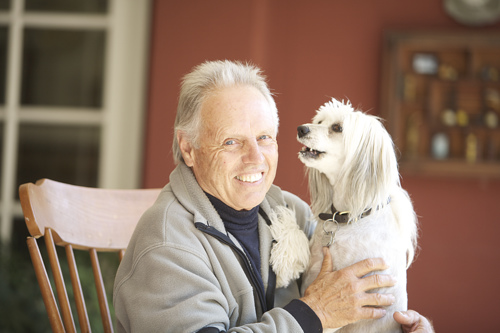 Oakmont of The Lakes

My father-in-law has been at Life Care Center of Las Vegas for two months now. It was chosen because it was clean and it didn't have the nursing home smell. Also the physical therapy and speech therapy that was available there was the number one reason. The staff is very friendly and helpful. It is just that they're overworked. Their rooms are clean and decent. They have private rooms which are expensive and they also have semi-private rooms where there are two patients in one room. They do have a cafeteria there. What I like best about this facility, aside from their onsite physical therapy and speech therapy, is that they accept Medicare and Medicaid.

The nurses were very nice and friendly and cordial the treatment there as far as medical goes for substandard pretty well needed to take care of yourself. I was told upon leaving I would be forgiven prescriptions and they kept telling me they’ll be there they’ll be there I got home I had no prescriptions they didn’t give me the paperwork they gave it to the people taking me home they just blatantly lied to me. How I not known how to fix a serious issue I was having I would still have that serious issue. The provided for Dr. I never saw only a PA and all she did was throw pills at Stop didn’t try to figure out what was causing anything huge disappointment glad to be out of there. If there was a negative star I could’ve chosen I would have

Don't take your loved ones here. First off on Sunday the day after my husband was admitted his "nurse" Michael totally and completely ignored my husband's calls for his breathing treatment and meds for 6 hours. Multiple complaints have been logged against this"nurse" and he still works there. Second after being told by Rachel that I could visit my husband and stop by her office I was told by a very rude Debra at the front desk that I could not in fact visit my husband because he was not fully vaccinated. And that Rachel lied to me. Can never get a hold of the executive director Jennifer. I called several times and nothing.

I became a resident for rehab at this facility after receiving substandard care at a local hospital. At first, I was thrilled with the facility and the staff. This soon wore off. I was in this place for over 2 weeks, before being informed that I could make my own meal/menu selections. (if you have any self-imposed dietary restrictions, be SURE to let the staff know - otherwise you may never see certain items, even though You KNOW that you will have no issues eating those selections) Most of the food was ok, but be prepared for rubber eggs in the morning, oatmeal that could be used to patch concrete (even though you NEVER opted for oatmeal on your menu selections), and very, VERY little in the way of salt or pepper. At 2 different times during my 65-day stay, I requested immediate medical attention - that I NEVER received. Although, I will admit that on one of these occasions, I was informed that I was being transported to a medical office for treatment - 13 DAYS after I requested to be seen by a physician. Numerous times after 1AM, I needed to be seen by one of the CNAs. The "call light" received no response and I ended up calling the *front desk* only to be informed that they too were trying to locate the folks responsible for my area. Not uncommon to have your CNA enter your room at 3AM, reeking of cigarette smoke. To give due credit, some of the employees were actually caring, but seemed to be extremely over-worked. The folks in Physical Therapy were decent, but they too appeared to be understaffed. Cleanliness - During my 65 days in this place, my room was mopped a total of 4 times, even though there had been "spillage" of biological substances. I had to insist on clean, dry bed pads at least twice per day due to oozing bed sores - that never received actual medical attention, other than a quick wipe-down with a damp cloth and getting smeared with some type of ointment a couple of times per week. Thankfully, I was able to purchase (Amazon) a small battery powered (USB recharge) fan that I could blow on and dry my backside for hours at a time. Bottom line - the place *looks* great, but needs to go a long way to live up to their looks.

My mom stayed at Life Care Center of Las Vegas for two weeks. It was actually perfectly fine and everybody was very nice. I felt that she got good care and she was able to go home in two weeks. She had occupational and physical therapy. It was very clean, the hallways were carpeted, and all of the common areas were well taken care of.

My mother was transported to this facility for rehab after being in the hospital for a breathing episode at the Care Home. My review about this facility is that they are so disorganized. Also, the food that they served my mom looked like dog food. My family and I went to visit her and I noticed that my mom was not responding as usual. She was looking so depressed. They told me that she was going to the activities that they have planned daily for the patients. They never took my mom. They also over medicated her to where she was always sleeping. I took her out of this facility the next day. The coordinator was so disorganized and asked when I was going to pick up my mom. My mom can't walk! She called me back and said oops I had the wrong patient. It was for a man who had the same birthdate as my mom. HIPAA violation. If you love your parent, do not use this facility. TERRIBLE!

My husband was a patient in this facility for close to two months while recovering from two surgeries for his broken back The reason we opted to go there was their representative, who visited him in the hospital, told us I would be allowed to stay in the room with him for the duration of his stay. At first we were impressed with the facility and with his room, which was spacious and clean. The food was so-so, and the portions very small, and we soon became heavily dependent on snacks from the break room machines, which was junk but better than going hungry. At first the staff was responsive, but after three weeks we were moved to another wing and conditions went downy fast. His medications routinely arrived three to four hours late, and the staff took so long to respond to requests for water, etc., that I had to roam the halls looking for someone to help. They denied being understaffed, but at night there was one nurse for 30 to 40 patients. There may or may not have been enough CNAs, but I used to see them cruise down the halls in pairs talking, and their attitude seemed to be that patients were an inconvenience. He never got more than 15 minutes a day of physical therapy, instead of the one half to one hour he was promised. I was routinely harassed by the staff. For example, if I asked for a pitcher of water or ice, they would say "Is that for you or for him." Finally, the DOA (that's Director of Nursing, not Dead on Arrival, although it would have been hard to tell the difference) tried to have me thrown out in the pouring rain with less than one hour's notice. It took the intervention of the head of the facility for me to stay, as I had been promised from the beginning. After that, the harassment increased. She confiscated my bottle of eyedrops, peptobismol, and aspirin, saying I was not allowed to have drugs in the room, then refused to let me have my heart medications, until I thought of giving them to the charger nurse to hold. When a package arrived from my husband's mother from Australia, they not only opening it, they never told us it got there, and, because it contained vitamins, they would not let him have it, and when he was discharged, said they couldn't find it. (The vitamins were worth fifty dollars. ) At one point, his pain meds were abruptly discontinued. The nurse said she called the doctor three times, and he refused to renew the prescription. Finally, we asked another nurse, and the doctor immediately renewed the president and said no one had called before. We suspect the first nurse was taking them herself, as her behalf suddenly changed, and she seemed high as a kite. That same nurse one night gave him another patient's IV, and later denied it happened, although he saw the bag when she took it down, and it had the wrong name on it. I would stay away from this place at all costs.

I didn't like Life Care Center of Las Vegas. It was so-so and smelly. The initial visit was good but the outcome was bad. The food was OK when my mom was able to eat, but on days they were supposed to feed her, they would just push the tray in the room and leave it there. It was on a weekend when they don't have anyone there to feed you, so if you can't eat by yourself, you're out of luck, and that wasn't explained to me. I was under the impression that it was available seven days a week.

The Life Care Center is very clean. They have a good staff that treat the people very nicely and is attentive to them. I have seen the rooms, and they were pretty good. The residents are happ,y and they do not even want to leave the facility.

My mother spent 3 weeks at this facility while rehabbing a broken hip. The staff there was very sweet to her and took care of all her needs. The dietary department was a pleasure to deal with particularly. Thank you Life Care for the great care you gave my mother, she is back on her feet now and very healthy. If she ever needs quality care again, we both know where she will get that care!! Thanks!
See all Nursing Home reviews (9) See fewer reviews
Get Costs

Services and Amenities of Life Care Center of Las Vegas