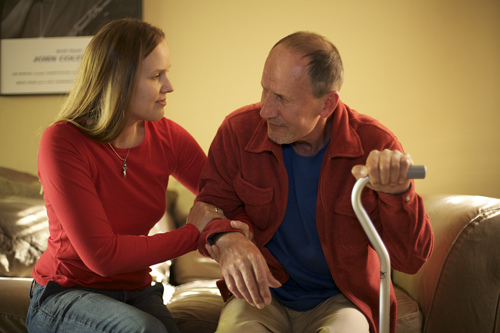 Goodwin House Alexandria is probably our number one or at the top our list of the ones we've seen. The whole environment, the activities, and the climate within the community is very attractive. The levels of care were superior to some of the facilities that we looked into. It is unsurpassed for what we have seen. They have wonderful art studios, woodworking studios, a chapel and chaplain on staff. They partner with local colleges for enrichment activities. The rooms are very open with natural light options, and a variety of floor plans.

My in-laws are in Goodwin House Alexandria. They were interested in it because it provided full care from when you first went in, to when you last went out and that's where they're at. They started independent living, went to assisted living, and now they're in the skilled nursing part of it. They're taken care of although for them to get the right kind of care, it takes a good amount of family involvement to make sure that things are being done the way they should be. This is a really good place, so I can imagine that's what's involved for every community like this. That you need the family to monitor and make sure that they're doing what the patients want or clients want because, after a certain point, they can't express that desire for themselves so they depend on the family to do it for them. When you go to their independent living, it's very social. They have current residents who introduce you to various parts of the facility and let you know how to get around and do things. That was helpful for my in-laws. They got to know almost all of the new residents because they met them and it was good for their social life. They have a lot of different activities for all of the residents. You're free to take part in or participate in. They have a huge dining area but in independent living, you have your kitchen, which is like a regular apartment. You can take advantage of anything that's in the facility from the beauty shop, barbershop, the CVS that's there, the swimming pool, game room, or anything that's offered exercise-wise. They enjoyed it. They were there in independent living for a little over 15 years. They took advantage of that and then their health started to decline so they went to assisted living and now they're on the skilled nursing side. They're in their upper 90's. In the independent living restaurant, the food is really good. I've only experienced the food in skilled nursing during the pandemic so there are real restrictions. It's not as fresh, I think, as it probably used to be in skilled nursing. They say the food is made there on the floor, but they have to bring it down from the main cafeteria. I think it's as good as could be expected though. When they first got there, they had a reading group. They have a book club type thing, weekly activities that they could take advantage of if they wanted to, and one of them was a play. They would do many plays and my father-in-law would participate in it, and that was fun to watch. They would have various local people from churches or various community theaters that would come in and perform. That was fun for them, they enjoyed that. For the area that they're in, which is Alexandria Virginia, I think they got a good value. I would say maybe if they were to get in today, it would cost a lot more. They went in 1999 so it was one of those deals where they had to sell their house and use those funds to buy into the place, and then they have a monthly fee that they pay. Not everyone would be able to afford it.

I went to visit a friend in Goodwin House Alexandria. It was excellent and it's probably expensive. The room was fine, it was like it was luxurious, and it was very nice. It was excellent, it was very clean, beautifully maintained; it was a beautiful place. It was a huge complex, and I just got in and got out. I saw my friend in the nursing section, I walked through other parts of it, and it was beautiful.

Goodwin House Alexandria was quite reasonable overall, just a little pricey. The grounds were quite good. They had transportation. The food was acceptable, but I wouldn't go out of my way to dine there.

I wanted the tri-level care that Goodwin House can offer. They have two complexes in Alexandria. The rooms were tiny though and the view was terrible. The facility as a whole was very good. The library, the chapel and the dining hall were all very nice. The people running it were very well educated and their presentation is really very good. It was just an expensive place.
Get Costs

Other Senior Care in Alexandria, VA