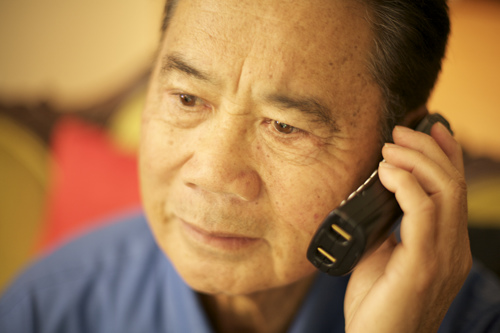 Where do I begin? If I could give zero stars I would. My Father spent 4 days here after a 1-week hospital stay for a scheduled 2-week period to work on regaining his strength before returning home. My Mother saw it necessary to “break him out” on day 5, and we are ever so grateful she did, as it probably saved him from death by dehydration. For starters, they lost his clothes, which my Mother provided for his 14 day stay, and by day 4 they hadn’t even notified by Mother to let her know. Along with his clothes, my mother provided replacement batteries for his hearing aids. Because his clothes, along with the hearing aids were lost, by day 4 when my family was able to visit him at the phone window, he couldn’t even converse with them due to not being able to hear as his hearing aid battery was dead. He was to receive 45 minutes of speech therapy, occupational therapy and physical therapy, respectively, each day during his stay. By day 4 he had only received physical therapy, and only for 15 minutes a day. He came home with a thigh and crotch rash, we can only assume was due to his Depends not being changed regularly. Due to a non-responsive team when he pressed his buzzer for assistance to go to the bathroom, he attempted to go relieve himself on his own and fell in the bathroom, resulting in a great degree of physical injury and resulting pain. On day 5, my Mother called to have him released. She picked him up from NHC (No Health Care…is what we now refer to it as) with a resolve that he will never go back there. Last, but surely not least, they did not ensure his most necessary adequate water in-take due to kidney disease, and he returned home on day 5 severely dehydrated, to a point where on day 6, now back at home--- a visiting nurse deemed it necessary for him to return to the hospital ER due to his heart rate plummeting dangerously low as a result of dehydration. If you love your family member, pick ANYWHERE else to take them for their short or long-term aftercare, following a hospital stay as they truly and obviously do NOT care at NHC.

To start with my mother was sent from the hospital to NHC the hospital said it was the best place around, i hope and pray they never need to go there. With that being said, 90 % of the nurses are nice and very helpful but the other 10 % does not need to work within the health field, the reason she was sent there is that she broke ackle, fractured her knee in two places and after mis diagnois her femmur bone in her right leg fractured tail bone also fractured shoulder so she was pretty bad off but a tuff old lady at 80 but the first few days she started vomitting and having diarehia the third day the nurse told her that she had to go to physcial therapy mom told her that she needed to be changed that she had a accident the nurse told her to go to rehab and they could bring her back to clean her up they let this lady sit in the mess for over 2 hours, blistering her skin, that was the first thing, she asked for a pain pills and is constantly denied saying its to close of time frame but mind you all day and the doctor said if needed every 4 hrs., then still going on 2 weeks now the vomiting and upset stomach every day 2 to 3 times a day, gives her dramamine and amodium ad no doctor to see her, on top telling that they are not equipped to make special diets even thou she is a diabetic the food is awful anyway. This place i would let my dog stay there. She is out of there on Monday morning and they will be inspected and investigated, please check it out first please keep you loved ones safe.

My mom has been in NHC Healthcare Charleston for about a month. So far, I do not have any real issues with them. They seem caring, and it seems perfectly adequate. The staff is great; I do not have any complaints about them. The room is a typical rehab/nursing home environment. It’s perfectly clean, and the food appears adequate. She seems happy.

NHC Assisted Living is a place that you would really appreciate putting loved ones in. The amenities were nice. The facility is nice and clean. The staff is friendly. They assist you with whatever that you need. They’ll do it right there for you. They offer outings to the mall, to the grocery store, and to different events that are happening in Charleston for those who can go on their own that need little assistance. They have bingo. They have aerobics. They have different activities for the residents.

Other Senior Care in Charleston, SC