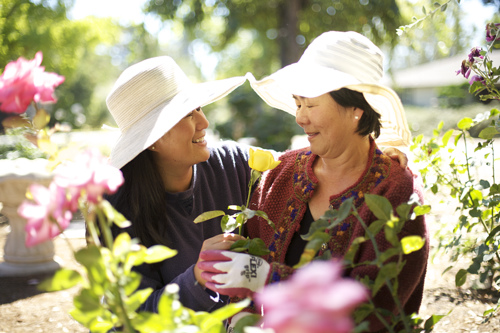 Non-nursing staff are GREAT! However, every nurse seems to interpret facility rules differently. Every nurse should follow the same rules and procedures. Unit nurses, except for the "lock down unit," ignore phone messages, so should remove the "I'll call you back" part of their recording. There are also not enough nurses! And many appear to have a negative attitude. Same could be said about the Social Worker staff. Support staff, on the other hand, are very caring people who really show an interest in the residents and their needs. If you can, FIND ANOTHER FACILITY!

My Dad was a patient at NorthEast for 3-months. The first time I went to visit my Dad, on a Sunday, 2 days after he was admitted, I was told by the pulmonary therapist on duty that he had an infection & would be moved to a different room the next day. That was completely untrue. A few weeks into his "stay", we (the family) had a meeting to discuss his care/treatment in which the actual doctor in charge was not even there. When I asked how often the doctor actually comes to see patients, no one could answer me. One woman in the room even shrugged her shoulders. That was the only meeting we ever had. Everyone at the initial meeting including the case manager Kat and the Vent Unit Manager, Robin, was kind & polite, giving my mom (who is 80), my brother and myself their names, titles & cards, inviting us to call any time with ANY questions, concerns, etc. We left feeling really good. What a farce! A few weeks into his stay there my brother received a call letting him know that my Dad had fallen out of his wheel chair while strapped into it that evening (this man barely weighed 100lbs if even-- how could this even happen?) The next morning, my brother asked me to call the case manager, Kat who said she and the Vent unit manager Robin, would look into the timeline to try to get information about what happened, how long he had been on the floor before someone found him, etc. and call me back. They never called me back. Nor did they take my Dad for a head x-ray to see if he had suffered a concussion. When my brother asked a nurse what the protocol was after a patient falls, she told him, "Well, we will just have to put him to bed earlier." Seriously. That's protocol? After Kat & Robin didn't return my call (even though it was Kat who suggested calling me back w/ Robin.) I called again and was informed that they would not give me any information as I was one of 3 siblings and they had already spoken to one sibling -- my sister, who was in the Dominican Republic at the time. I was told not to call again. They would only speak with 1 family member. The bottom line is that they choose who they want to speak with and what information if any, they want to share. They did not like the questions I was asking nor did they want to have to be accountable to anyone by answering them. Period. Don't believe them when they invite you to call for any reason. At least one of our family members would visit my Dad nearly every day of the week. I think he received adequate physical therapy care during weekday work hours Mon-Friday 9am-5pm. He had made some real progress (he had a tracheotomy & could not walk after a severe stroke}.However, care on the weekends was so sub par that any progress made during the week was lost on over-medicated, under-staffed weekends. Weekends were a true nightmare. My Dad's room was often not clean. I would find debris on the floor. Wrappers for medical items, etc. There was never enough people on staff. The Vent unit always smelled terrible. Really bad. Patients are supposed to be checked on at least once every hour. Hogwash! My brother once found my Dad lying on his bed, wearing only a diaper, with feces on his hands as it was seeping from his diaper -- no covers, for what was later determined to be about 2 hours. That was dehumanizing. Disgraceful.. He took a picture and when I mentioned it to the nurse the next day (Sunday) all she could say was, "I wish your brother hadn't taken pictures." I bet. The cost for my Dad to stay at this facility was $2,300 a day -- that includes weekends! Yet you'd be hard pressed to get someone to come in an clean his trach or diaper or give him aspirin for a headache on the weekends. One time when my Dad's trach was leaking gunk & puss, the pulmonary therapist on duty lied and said he'd been in to see my Dad 20 minutes beforehand. Impossible as my mom and I had been waiting for him to come in for over 45 minutes. When my mom asked him if he could clean my Dad's trach he said "No, you can do it." No lie! I would do anything for my Dad but I hardly think I am qualified to be messing with a tracheotomy tube! The last time I saw my Dad he was on "oxygen" although no one could tell me or my mom why. We took him outside to get some air so they attached a tank to his chair which we quickly realized was not working properly. "It's broken but it works. You have to bang on it until the needle moves to see that he is getting oxygen." is exactly what I was told by an orderly when I saw the needle appeared to indicated there was "no oxygen" was left in the tank and brought it to her attention. That was Saturday, July 22nd. The next night my passed away.

I would Never refer this place to anyone. Care is non existent as well as things to do. Whenever we go, our son is just sitting in the middle of nowhere with his head down once you get them in, you can't get them out.. Everything is a secret. No one will tell you anything. Praying for the day I can get him out.

Please beware of this place ! They do not care about the residents/patients - no therapies were actually given. Patients are heavily drugged and ignored. Not to mention the PT that "fell" out a window and another PT that was stabbed by a visitor, No supervision for TBI PT who ate a tube of wound care gel left at bed side.. once your loved one checks in its hell to get them back out. Stay away from this place.

The place is a high school battle ground. The officials those that run the place are so swalled in there personal lives they let it leak through the building. The treatment and care of some of the residents is demeaning and cruel. Who leaves a mentally impaired person on the floor in a hospital gown screaming for help. The high ups don't care about what happens in the building. It is a discredit to the human beings that live there and to employees who are wrongfully discharged because people with power rather throw out a problem than fix it.

I have a family member in this facility due to a brain injury. I thought because the placed looked nice and had what seemed to be a lot of extra-curricular activities, and the right kind of therapy, that it would be a good rehab facility. It seems that physical attractiveness of the place is reversely proportional to the quality of care. I have been disappointed on all levels. Disappointed with the speech and Occupational therapy. Speech therapy seems to be given by graduate students from local university while the regular therapist is gone and seems to be perfunctory Disappointed that the gym, one of the few nice perks of the place, was closed the whole time we've been here. Disappointed that there is only one doctor for 250+ patients and you can never get medical information from him or see him. God forbid if you should have any medical emergencies while here. Disappointed in the unhealthy food which they claim is made from scratch and yet seems done without care and little expense. Disappointed in management which seems to have one size fits all rules that are often arbitrary and punitive and a ridiculous merit badge system that reminds me of a boy scout camp. Getting out of here as soon as we can. Don't send your loved one here!

They reached out to me. We stopped in and visited my step daughter last month, a couple of days after I put on for the website to get information about her. I did get a hold of them and was able to go down and see her. Everything went well with the visit. The staff was friendly and accommodating. My step daughter's room was very nice. It was spacious. I believe they take good care of her there. There's nothing more I can ask for. They're doing their job. It seems the residents there are well taken care of and it was a clean facility.
See all Nursing Home reviews (7) See fewer reviews
Get Costs

Services and Amenities of Northeast Center For Special Care

About Northeast Center For Special Care