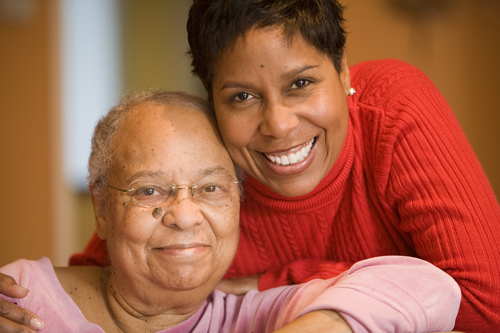 I visited Four Seasons Nursing Center of Westland with my mother-in-law because she needed a place. I was very impressed, the staff very friendly, the place was very clean, and the layout was very nice. We talked to the manager, he gave us a tour, took us to the kitchen, and he was very nice.

Four Seasons Nursing Center of Westland had a good layout. One of the nurses gave us a tour, and she was very helpful and efficient. There was a list of daily and weekly activities. They showed us the courtyard, the garden, and a fine looking dining room.

We liked Four Seasons Rehabilitation and Nursing. My mother was there before, and my mother-in-law was also there for an extended stay several years ago. The staff has always been friendly, they've always been accommodating to all of our needs. The rooms were always clean. Both my mother and mother-in-law were in a semi-private rooms which we prefer over the ward. The food was OK; it was pretty good. Obviously, it wasn't restaurant quality, but it was nutritious, it was healthy, and it was served with a good presentation; it's pretty basic. They had physical therapy, which my mother took part in, and they had all kinds of other activities that they could also take part in.

My mother has advanced dementia and has been at Four Seasons (Winter wing) for just over a year. Although being in a nursing home is not an ideal situation for anyone, she has for the most part gotten very good care. Her primary aide for the first 11 months was a kind, diligent, soft spoken, caring lady with whom my Mom was very comfortable. Unfortunately for us, she was recently promoted to an office job, but she deserved the promotion and we're happy for her. The other aides are mostly very good, with just two or three who seem to be just 'going through the motions'. Nurses Glennis and Magenta are wonderful. We are less familiar with Shamia, but she's also been very kind and supportive in our limited interactions with her. We went to several nursing homes prior to deciding on Four Seasons and it was BY FAR the best we saw that takes Medicaid patients. Note that the 5-star rated nursing homes in the area have year long waiting lists or longer and some require private pay for a year or longer. We didn't have that luxury, and some of them were not as clean and the food wasn't as good as 4 Seasons.

I didn't like Four Seasons. It took a day too long to get somebody to orient me, and then as I was going through the orientation, they had two residents fighting; there was no staff member present. So I don't feel like my father would be safe here. It was too chaotic there to me. Regarding the sanitation, the smell was not the best. Also the place was kind of cold. I didn't like the rooms. There were like 5 to 6 people to a room.

Do not use this nursing home staff in the admitting office do not care about what people are going through. After telling them I would be the payee for my relatives social security check they became angry. Transferred my relative up to the 4 floor, they did not wash her nor change her sheets. She got a Bacteria infection on both arms and had to be hospitaized. I requested serveral times to give her a shower, to no avail. The smell was horrible. This is not a nursing home I would send my dog to. I rate this home as a 0.

Services and Amenities of Four Seasons Rehabilitation and Nursing

About Four Seasons Rehabilitation and Nursing

Other Senior Care in Westland, MI