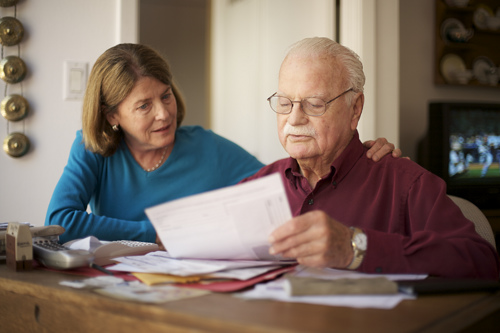 My Mother has dementia and was at the Arbor Hill La Mesa facility for hip rehabilitation. They treated her like she was family. I felt the care she received was outstanding. I would visit her 2 times a week and the staff was very personable. My brothers and I feel very fortunate that our Mom was at Arbor Hill and I would send anyone of my family members there. In fact I have already referred friend to go there. In my eyes they are the best.

My father is in Arbor Hills Nursing Center. They're adequate. I wouldn't say that they were the best though. They have a lot of flaws. One is that they have a financial office for insurance for all of their patients, but yet I had to do all the legwork to get his billing, insurance, and everything straightened out (which I'm still going through after a year of him being in there). I wouldn't recommend anybody going to that place ever. I like the fact that my father can afford it for right now, that's it. He's lucky that he's healthy, and he actually doesn't need a doctor. He just needs to have rehabilitation because he went through a stroke. He doesn't have any illnesses, medications, no diabetes, and no high blood pressure. There is not one single thing wrong with him. I think that's why I'm comfortable with him being there until I find him a place. He just needs a place to live for right now and rehabilitate. They're not even the best at that, but he's there and could afford it right now. I'm not very happy with the staff. They don't do their job. They're not consistent. They don't care about the patients, and they don't know about their patients. When I call to speak with my father, they ring his room. I get infuriated with them, and I tell them he had a stroke. He cannot lift the phone. He could just hear it, and it just aggravates him that he can't pick it up; but, they just keep ringing his room. He's incapacitated. He needs assistance to answer a phone call, so they should get a nurse. They can ring the nurse, and the nurse should facilitate the call, but they don't because they don't care. They're not there to do anything, but earn a paycheck and make sure their patients don't die; that's it. I am not very happy with that place at all. I wouldn't recommend them to anybody. Everything, every service, every doctor, every nurse, every mental, whatever you got on your list, put 1 or negative on all of it. I've been dealing with them for about a year. My father was sent there from the hospital, so it wasn't something I chose.

Do NOT send your loved one there...primarily staffed w/ LVN's...LVN'/LPN's are NOT trained to use critical thinking or formulate the development of a Nursing Care Plan...in the 6 days mom was there after surgery for repair of broken femur (thigh bone)...I spoke to multiple nurses n staff multiple times a day..found not ONE with common sense!! Mom was there from hospital n NEVER MEDICATED for Pain until 46 HOURS after her arrival to this "Rehab Facility". She arrived being able to ambulate (walk) w/a walker........... she was put in a DIAPER multiple times n didn't get a bedside commode til after MULTIPLE Phone calls...this is a very UNSAFE Facility for a population that cannot adequately advocate for themselves I'm a RN myself n would NEVER EVER recommend this Facility...an important test that was ordered STAT...wasn't done for over 24 hours n was positive resulting in Rehospitalization on Day 5....NEVER to be in a "Nursing Center" again .....Arbor Hills in La Mesa,Ca is the Poster Child for the nightmare reputation of Nursing Homes that is in the minds of most people!!!....Simply put: DONT

By The worst Nightmare

It was literally a nightmare. Even when we came 'the next day, she was sent to ER long ago and was never notified. We were the only contact. They had taken our number and not until 8 hours later they found number.Apparently they couldn't find our number. It also smelled horrible. Service was pathetic.

Went in for rehab and was diagnosed with hospice and dementia within three weeks. If your family doesn't check on you, your left in bed all day. Administration was absolutely no use at all. They only want money. Couldn't get out of there quick enough. Miserable facility.

Dysfunctional administration that unfortunately affects the nursing care of the residents. But they do have a family council that meets monthly. It is a self-led, self-determining group of families and friends that are independent from the management. The group works to improve the quality of care and the quality of life of the residents as well as provides families with a voice in decision making that affects them and their loved ones.

My mom was in Arbor Hills for around three weeks, and I liked it a lot. I thought the rooms were average and seemed a little bit small but were adequate enough. I thought the staff was wonderful and very caring.

Arbor Hills was one of my mom’s least favorite. It was very small, and I guess it was just depressing for her to be there. She was not near a window, and she was not getting out that much -- outdoor sunshine or whatever. If I had to put all the 4 places she has been Arbor Hills would be the last place I could recommend. It was very small, and she was with another roommate. And she was not near the window; her roommate was. She was not getting a lot of light, and she could hardly wait to get out of there.

I have a friend currently living at Arbor Hills. The rooms were very lovely. The dining room was excellent and easy to get around. They have great people.

My younger brother had a medical problem, and he is in Arbor Hills. We have been going to that place a lot. I am mostly very satisfied with the care he has. He has 3 meals a day. He is bedridden, so he needs help with everything. He also has some physical therapy. I think the staff has a really good attitude. They seem to be very busy, very efficient, and very cheerful. Everything is very clean. My only complaint -- and I think my brother will agree -- is that sometimes it is too noisy. Especially when you are not feeling well, he probably will like to have his own room or at least a quieter situation with TV and other patients. I have not tried the food myself, but the menu seems very good. He is on a fruit diet, and he does not complain. He likes food, and he is not picky. I like Arbor Hills.

The staff at this facility were amazing. I felt that everyone there were competient and genuinely cared about the health of the patients. However, the whole facility seemed crowded and under-staffed. The grounds and amenities were adequate, but my family had to cram into a very small room just to visit with the family member who was there. I felt that she was receiving good care, but that all of the employees were a bit stressed due to a lack of additional help and assistance.

DO NOT PUT YOUR LOVED ONE IN ARBOR HILLS. My father was diagnosed with a MRSA eye infection after being in Arbor Hills only 2 weeks. Despite this contagious, deadly staph infection, he was still put at the main nurses' station and the lobby. After his 7th fall in 12 days, he was taken to the ER. When he arrived, his eyes were caked with infection, his nails were caked with fecal matter (he had a stage 2 bedsore), and he was wearing someone else's shirt. My father was immediately put in isolation, and we had to wear masks, gloves, and gowns to see him. We could not touch him as he lay dying. After my father died, I went to complain at Arbor Hills. The administrator told me it was my fault for putting him in there. Do not let this happy to you or your loved one!
See all Nursing Home reviews (12) See fewer reviews
Get Costs