The Promenade at Middletown 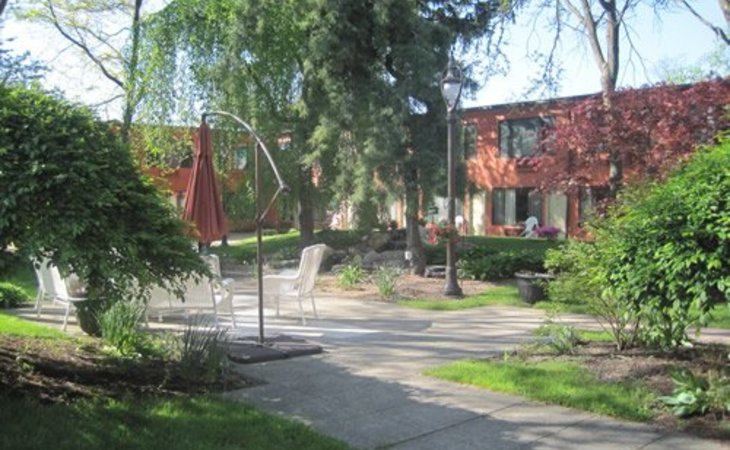 Reviews of The Promenade at Middletown

Assisted Living Reviews for The Promenade at Middletown

I went to The Promenade at Middletown, I took a quick walkthrough, and I was impressed. The room seems to be very suitable to what my friend would like, and the place seems very clean and productive. There were a lot of things going on as far as activities go, or preparations for activities while I was there, and I was impressed that there's so much available. The person that gave me the tour was very, very forthcoming and answered any questions I had. She was just very good. I can give her a top rating. I was impressed that they had a menu selection for each evening. They had choices, they didn't just get fed whatever happened to be on the table that day so they could choose what they wanted. The facilities looked great. They had a gym and a salon. There aren't very many places closer to where I live, so this is a good fit, and it's in the direction that I will travel many times to go see him. It's not out of the way for me.

I was really impressed with The Promenade at Middletown. It's a very, very nice location. They have all the amenities that you would expect from a place like that. They have trips available for their residents. I've only been there once, but I was pretty impressed with it. The person that we met at the facility was very nice, very competent, and very informative. The rooms were nice. It seems to me the upkeep and maintenance is OK. I wasn't able to have any of their food. From their description of it, the food is supposed to be very, very good. The dining area was very nice.

My husband is staying at The Promenade at Middletown, and they are very strict on their policy of what the aides can and can't do to help the residents. I am kind of disappointed because of the three levels of care. After the review, and before he went in, the nurse interviewed him and put him at a level two, which would cost more money. I said he didn't need all that extra help, and she says it is to wash his back. I said that's another five hundred dollars a month, and that is very expensive for a back wash. Well, turns out he's been there three weeks and he's been washing himself because they only offered two showers a week with the aides, and he didn't need that because at home he was washing himself. The lady in charge of admission said they evaluate them every week and will see if they need to put him back on level one. I've contacted the nurse a second time to evaluate him and have him back on level one, because he didn't need the assistance. He is doing OK, and she responded that she would have to talk to a supervisor. It seems like I have to nag them to evaluate him. This nurse is fairly new, and she said she would have to talk to her supervisor, but we haven't gotten through yet. Five hundred dollars is five hundred dollars, and it is all self-pay. He doesn't really have anything left over for any doctor's co-pays or for anything that he needs, so I think this is very unfair. They said everybody is evaluated every week, and now it's been three weeks, but nurses don't know and she says that she has to talk to the supervisor. I feel like they just tell you what you want to hear. You are not allowed to go to the dining room. You have to make an appointment to go. He has a private room, but I can't even go to his room to visit. They have two visitation rooms, which are two rooms downstairs. I have to go in one of these rooms, and visits are forty-five minutes long. They did take us to go see the room, there was a path they had to follow, and I saw the dining room. The rooms are nice, and the dining area is nice. They have a stage, and before the pandemic they had shows come in there. The place doubles as a dining area and a place to go see shows. The maintenance guys, the aides, and everybody are very nice. They have a calendar posted every day with the time of different activities. They have bingo, games, and interactive horse racing. They have a pool table for people who play or shoot pool. They have activities but my husband hasn't really partaken in any. He tends to go back up to his room, and we've brought his recliner over, so he'd be comfortable in the room. He sits in his recliner and watches his TV shows. From what my husband says, the food is skimpy. They don't give you a lot, and I guess the biggest meal of the day is lunch.

We toured The Promenade at Middletown. They didn't have memory care, so that was the main reason we didn't choose it. The place used to be a hotel, so the room didn't give you privacy, but it's just a different type of facility based on what they're working on. I saw the dining room, the menu did not look as nice as the other place, and the people were playing bingo when we were there. It did not seem as bright and cheery, the foyer was very nice, and decorated for the holidays, but it did not seem as welcoming and warm as the other place. The staff who showed us around was very nice and helpful.

My visit with The Promenade at Middletown was good, but it costs a lot of money to live there. They offered essentially the same thing as other places, but they wanted over $2,000 a month and some of the staff members were pretty standoffish. They had a DJ who comes in and a courtyard. The place was very clean and very nice.

I was very interested in this facility for my Mom. I was sorry that she needed more care than they could give.. They have three levels of care, but y Mom needed 24 hour care after she took a fall.

I visited the Promenade. As soon as I walked in, they greeted us, and then the head person came and gave us a tour. The rooms were really nice. The only thing I was disappointed in was that they didn't have like a small refrigerator or any cabinet in the area like to keep some snacks or stuff like that. They were a little on the small side. The dining area looked fine; it was nice. They had quite extensive activities -- movies, outings, trips. I liked best the activities' area and activities that they offered, and they were in the process of building a new, beautiful room for the activities' area.

Promenade was very respectful of the people. They have activities for them on weekends and holidays. They had a little shuttle that takes them to dining, to the mall, and other places. They were very good. They have a whole lot of plaques on the wall. The food is good, the staff is very friendly, and they always welcome visitors.

we were very happy with our tour of this facility. My grandfather is eagerly awaiting his turn on their waiting list.

My aunt has resided at Southwinds for about 5 years. She was living on her own for two years after my uncle passed away, but was really unable to keep up with the demands of a large home. In addition, her children felt that her medical needs would be better handled with supervision. I have visited her at Southwinds numerous times over the years. She is in a special section for persons with early Dementia, but seems to really enjoy living there. As her family, we all feel much more comfortable knowing she is being cared for by people who are in touch with her medical needs. There are many activities during the day she attends and she has made friends with some other residents. When she was living at home, my aunt would get her hair done weekly. She loves that there is a beauty salon on-site, so she can continue having her hair set on a regular basis. My only complaint about the facility would be parking. There have been several occasions where myself or other family members would visit my aunt on the weekends and there was a lack of parking. During the week, however, there has never been a parking issue. Overall, I would recommend Southwinds for seniors and their families looking for a good retirement community.
See all Assisted Living reviews (12) See fewer reviews
Get Costs

Costs for The Promenade at Middletown

Photos of The Promenade at Middletown 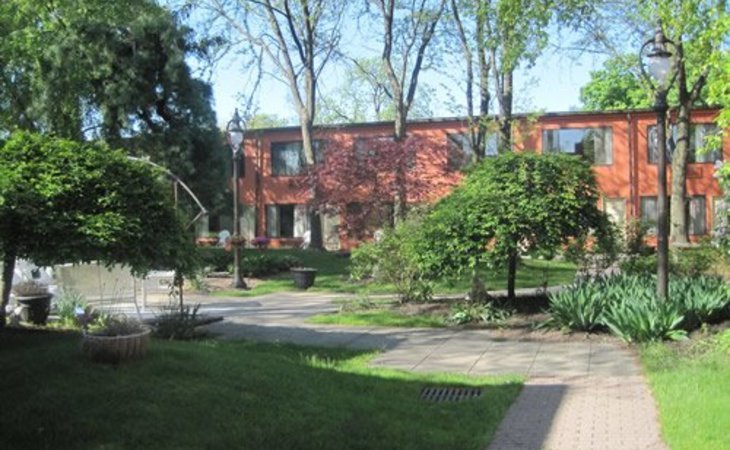 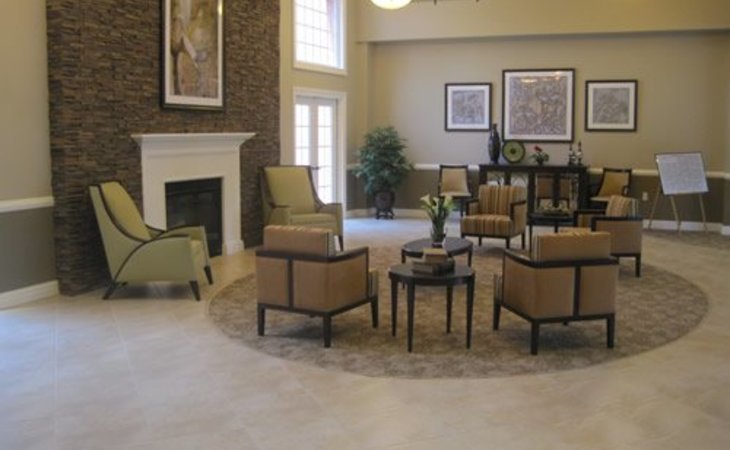 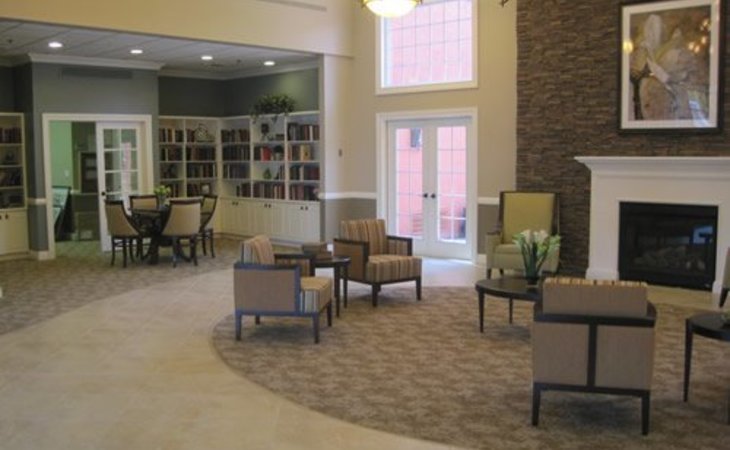 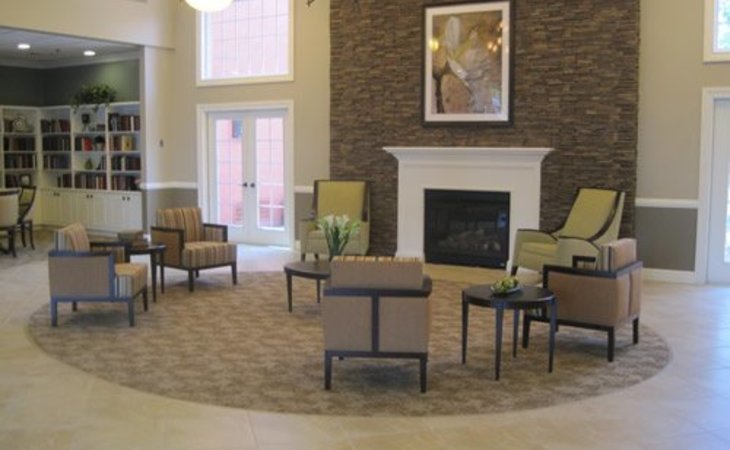 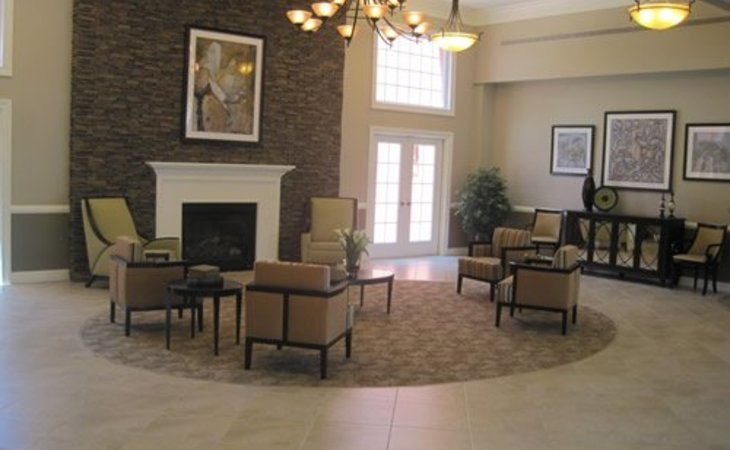 Services and Amenities of The Promenade at Middletown

About The Promenade at Middletown

Community and companionship are the best medicine for a happy soul. For a maturing adult, it is an integral part of leading an active life.

The Promenade at Middletown is a luxury residence equipped with the people and resources necessary to offer care and companionship to their residents. The facility offers exceptional senior living: from new friends to well-trained caretakers and numerous activities.

The Promenade provides memory care and housekeeping services so residents feel more supported and less concerned with chores. The range of oversight also allows families to be confident about the quality of service their loved one receives, depending on their needs. Karen Tracey, Director of Community Relations of Promenade at Middleton says, "The offering of different levels of care is great for people to age in place." Additionally, the Promenade is happy to make overnight accommodations for family and friends who visit from out of town.

The Promenade offers an on-site salon, in-room cable and three well-prepared meals daily. Residents can take advantage of relaxation and get a new hairdo or pick from a full calendar of events, activities and entertainment. The Galleria Shopping Mall is just a short drive from the community.

Prospective residents looking for a warm, caring environment are welcome to visit for a tour today!

Our goal is for our residents to remain as independent as possible while receiving the care they need. The Promenade is a family environment.

Map of The Promenade at Middletown

Other Senior Care in Middletown, NY