Bridges by EPOCH at Nashua 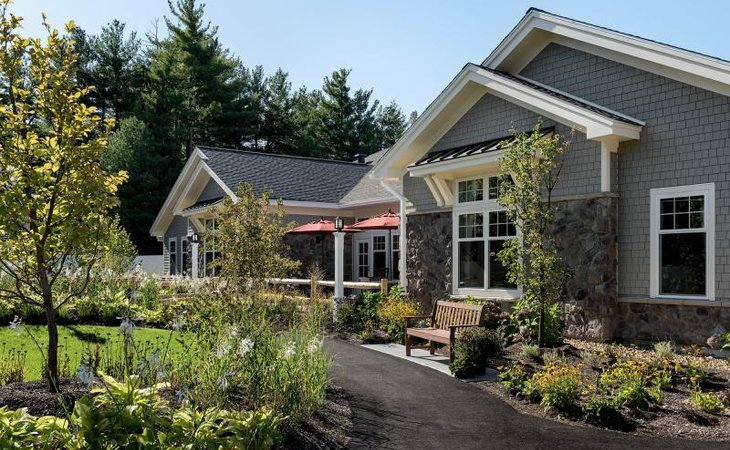 Reviews of Bridges by EPOCH at Nashua

Memory Care Reviews for Bridges by EPOCH at Nashua

I found Bridges by EPOCH at Nashua for my dad. It's designed specifically for dementia patients. So the whole visual look of the place, they make it kind of like an octopus. So you have your center space where it's like an adjoining space. There was a fireplace there. The facility itself is designed with dementia and Alzheimer's patients specifically, and I can see why. The main space opens up to a dining area. It's one big center where you have everything. It wasn't as fancy as some of the dining rooms that I saw in other places, but it didn't look like a cafeteria, either. It was a little bit more homey, kind of cafeteria-style, but pretty bright windows, the floors were nice, and they weren't tiled like a cafeteria might be or something. That setup was open and friendly and it was more inviting and comfortable. The rooms were all kind of the same, but there were a couple of different sizes of rooms, and the rooms were a little bit bigger. The way the space was designed, so for instance, companion care, you still had your own space, you had a shared bathroom, but the space itself was a separate room with a door, so you still have privacy with a companion suite. When we get down to where we are getting companion care, it doesn't matter. I felt like some of the other places you had to walk into someone else's space to get to your space, or other people were walking into my dad's space to get to their space. So that was what their companion care looked like. I was a little uncomfortable with that, so I did like Bridges' design for the companion care. I also feel like their activities were geared, they had constant activities, they had music, they had arts and crafts, they had trips, like getting out in the car and going somewhere. So it felt like there were more involved with a specific department that focused on activities, which is the whole point of why I'm doing this. I have private caregivers coming in three times a day, but then my dad is sitting in front of a TV, so I'm trying to give him some more purpose and making sure that he's got a busy day, which could be one activity, but at least he's not sitting in his recliner watching television. The activity seemed better there. They don't separate their prices. It's a flat rate. They weren't peace-mealing you financially. That was one of the biggest things. I feel like they were informative.

My father-in-law is in Bridges by EPOCH at Nashua and it's fantastic. It's amazing and they're on the ball. They know how to talk to people with dementia. They have kind of a COVID lockdown right now, but everyone that I've called has always called me back. They've been wonderful to work with. He's in a suite, so he's got a nice big room and a nice big bathroom. My in-laws were supposed to be in there together, but my mother-in-law didn't make it, that's why he is living by himself right now. I like the room because of the nice big window that you can stare out of. There's a car dealership across the street and he loves cars. He's got a nice, big bathroom. It's right around the corner from a community. He likes the food. The dining area is very open, and you have two choices per meal, and snacks whenever they want. He seems very happy. There are tons of activities on the Facebook page. They had a picture of him doing the rainbow parachute you do as a kid. There's a picture of him participating. It is unbelievable. I never thought he could do that. I know that he likes talking to his friends there. He's got a lot of friends and he loves talking about his cars. They actually called me to do an occupational therapy kind of thing for him. They want him to move, so that's something that's in the works, which is good. It's clean. It's a lot of money, but you get a lot for your money. I hope to be in a place like his place someday. They're great. I think a lot of things they usually do they're not having due to the whole COVID thing. They have a calendar of events that they do. I know these things are expensive. I wish they had smaller rooms that you didn't have to share. He's in a suite, and it would probably be less, maybe $1,000 or $1,200 less if he had a roommate. It's expensive, but it has to be, so I don't have a choice. I wish it was cheaper.

I visited Bridges by Epoch. They don't have a place for apartments, so it wouldn't work for us. They have great people, and the director of treatment was fabulous. Their care was really good not only for the persons suffering from dementia but also for the caregiver. The facility itself was brand new and had nice rooms for the patients and beautiful rooms for the kitchen and dining room.

Thank you for visiting Bridges by EPOCH at Nashua. We're so glad to hear you had a positive experience at our community, even if you didn't feel it was the right fit for your loved one. We take great pride in the care and lifestyle we provide our residents, and we appreciate you acknowledging what we do so well. Should you ever want to join us for one of our educational sessions or caregiver support groups, we would love to see you. We wish you and your loved one the best of luck in finding the community that is the perfect fit for them.

Bridges at Nashua was a wonderful place, but my mother couldn't afford it long-term, which was pretty much the only reason why we went with another place. Bridges was all-inclusive but more expensive. There were rooms in one pod that they call a neighborhood and a courtyard where everybody can meet. They said people from different neighborhoods can visit each other and still commune in dining and everything, so it is a little different. They had all kinds of things, like took day trips and the usual activities. The staff was very friendly and wonderful.
Get Costs

Costs for Bridges by EPOCH at Nashua

Photos of Bridges by EPOCH at Nashua 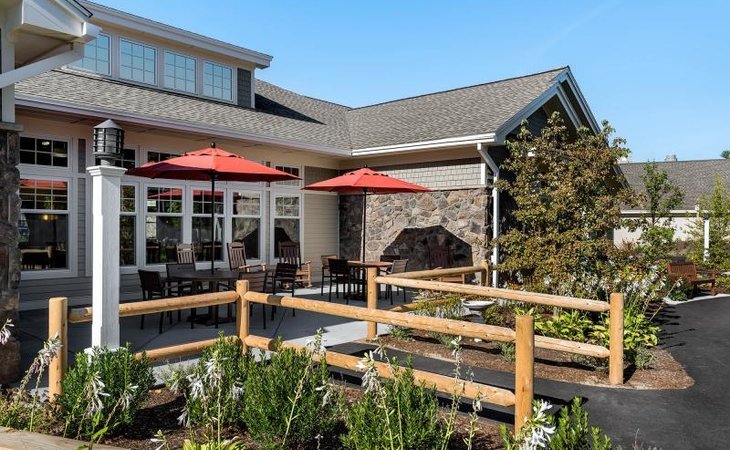 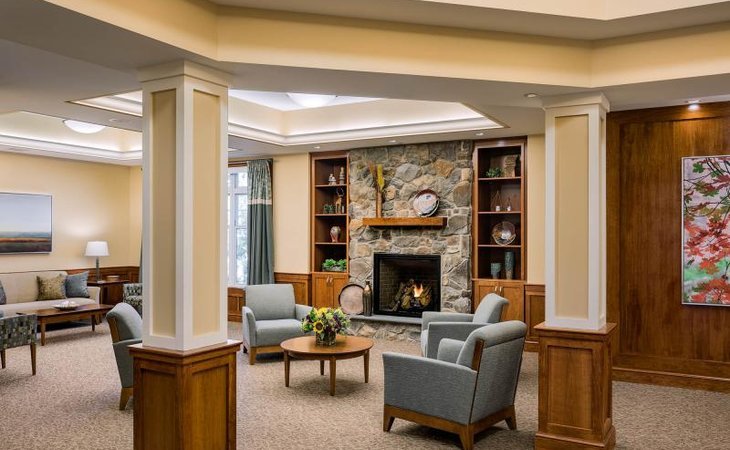 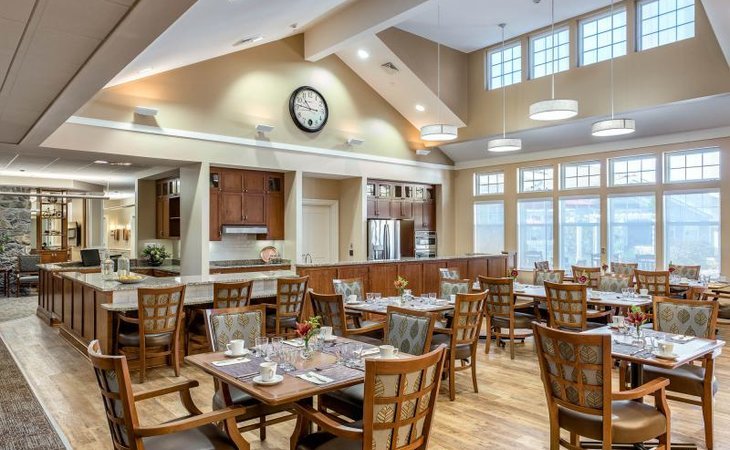 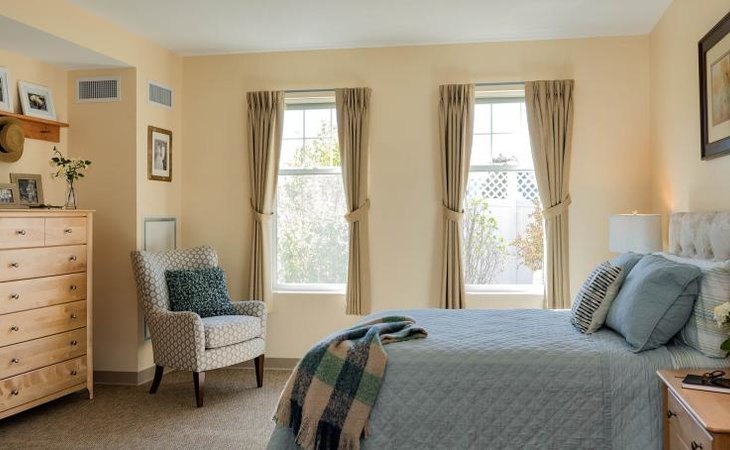 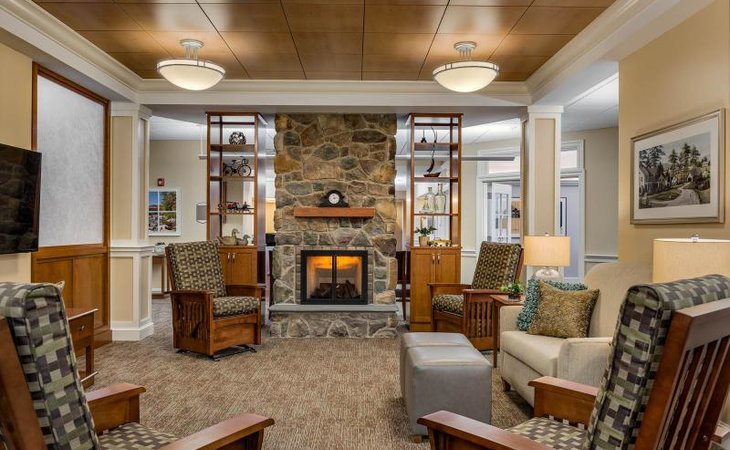 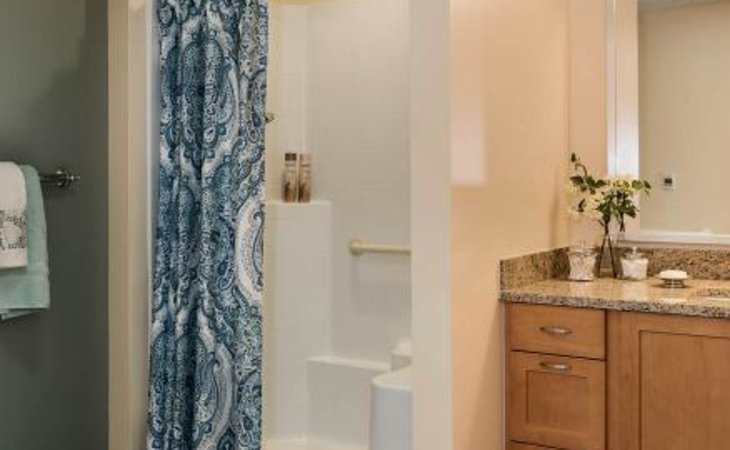 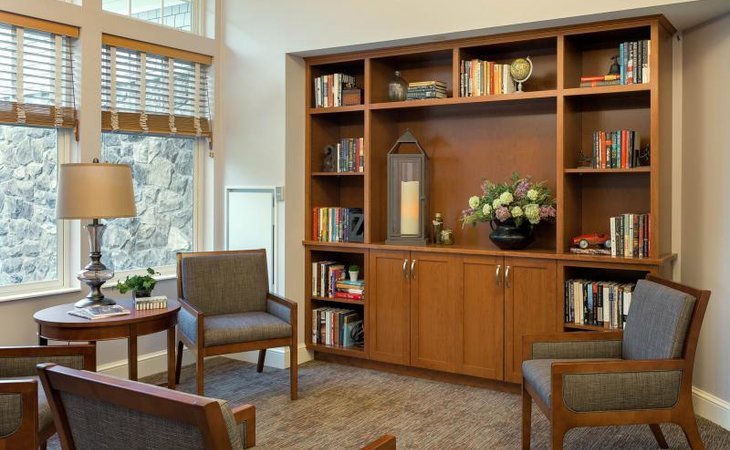 Services and Amenities of Bridges by EPOCH at Nashua

About Bridges by EPOCH at Nashua

Bridges® by EPOCH at Nashua will feature several distinct households that support residents’ needs throughout disease progression. Each household has its own common spaces, designed with a warm, homelike look and feel. Our goal is to provide a peaceful, secure environment where residents feel both safe and comfortable.

Providing an unprecedented level of care and service, Bridges® by EPOCH memory care assisted living communities are designed and build exclusively for those with various forms of dementia and memory impairment.

Map of Bridges by EPOCH at Nashua

Other Senior Care in Nashua, NH