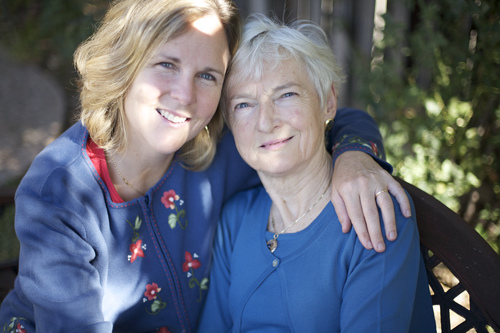 My sister was sent there from RML (had Trach/on Ventilator) by request of a Doctor who worked with CNR. We set up her room and thought she would be cared for. One night I brought an air mattress to spend the night with her. In the middle of the night the alarms went off because my sister's vent came apart. She quickly desatted and became unresponsive. The alarms kept going without any staff so I reassembled the vent connection the best I could. Called 911 and they came to get my sister. The Respiratory person arrived in the room same time as paramedics. We found out from Edward Hospital that it was "strike three on safety" for CNR so my sister was sent back to RML after the hospitalization. The day after going to the hospital, we went back to CNR to pack her stuff and the brand new robe we got her (tag still on it) in the closet was stolen. They also never refunded the haircut appointment she had to miss because of them. If you really love your family member, do not leave them there. Don't wait for the Hospital to tell you it is the third time they screwed up.

Do not send a loved one there if they will need new care at home, after dismissal. This place will spend two minutes a day working to collect the things your loved one needs and gladly send an enormous bill home afterwards, when things went slower than expected.

I am so glad my Aunt had a place to live out her life that she loved. She kept telling me how nice everyone was and I got to see that for myself when I visited. Thank you for such loving care you gave her.

In January of this year my aunt mary needed to move from another nursing home to naperville. I had heard so many good things about community that I gave them a call. I talked to Mary on the phone who was so kind to help with paper work since I was also taking care of my mom with stage 4 bone cancer. Mary said since you are in the hospital with your mom I will greet your aunt when she gets here and call you. I got a phone call later and she said your aunt is here and I have already talked to her. while my aunt stayed at community all the doctors,nurses or helpers were so nice. When my aunt needed to go to the hospital I also recieved a phone call and they always keep me in "the loop". I can't say enough good things about community and how they really do treat you like family and how much they care. My aunt passed away last week after a battle with leukemia. The nurses were so sweet and we keep my aunt comfortable until she passed. Thank you community for all you did. Carol Pradel

By Respect my father

My father resided at Community Nursing Home for several years as a long-term resident because of need for around the clock care. We selected Community Nursing Home because it was close to our home and because my father’s primary care physician was on staff (at least, at first). We were never impressed with the facility, but it met his basic needs for a time. In general, the facility is short-staffed and seems to have a high staff turnover, such that I never seemed to see the same people at the bedside, and had trouble getting familiar and comfortable with the aides who provided his basic care. Many of his possessions were lost (misplaced or worse), although we accepted this as a common problem at many nursing homes. Our most significant concerns with this facility are detailed below and began with a number of conflicts that ultimately escalated into serious problems. The first conflict arose when my father had a brief hospitalization after having already been a long-term resident at Community NH for several years. When he returned the (new) administrator demanded that my father participate in a one-hour rehabilitation evaluation. He was still recovering from a significant cardio-respiratory ailment that left him too weak to participate fully. When he refused, they threatened to send him back to the hospital, or worse to a psychiatric hospital as an involuntary admission. Mind you, we had previously had several stints in other rehabilitation facilities before he came to require total care and they often started slow to allow more recovery. The new administrator didn’t seem to accept that he was simply returning to the home he had before the hospitalization for long-term care! The nursing administrator met with the family and insisted that we institute a DNR order or send him to a psychiatric facility, as if he was mentally ill! None of this was rational to us, but we negotiated with the administrator who demanded (at the least) that we engage the services of hospice care (we had no reason to think that he was at imminent risk of dying or had a life expectancy that merited hospice care). The hospice staff did not understand but provided care for a while; after a few weeks even the hospice staff suggested that we discontinue their service finding no need for their care, and eventually the administration acquiesced. From that time on my father’s care seemed to worsen. The staff seemed unable to tolerate any minor problems with behavior. My father liked to take food from his tray back to his room. Once I was informed of an incident when 4 aides held him down to retrieve a food item (that didn’t pose a risk to him or anyone else); they wanted to let me know one of them was kicked while they were restraining him--but only after they held him down forcibly. This type of behavior on part of the staff struck us as overly aggressive. Finally the nursing home suggested that we find him a different facility, claiming that he needed a higher level of care such as a smaller facility with more staff. They then provided a list of facilities that were in fact larger and with a similar staff to resident ratio. When we declined to leave, they sent my father as an involuntary psychiatric admission to an outside psychiatric hospital. The formal psychiatric assessment with a team of psychiatrists and social workers found no reason for their concern, and attempted to discharge him back within the first day. When Community resisted, the hospital agreed to hold him for further observation just to be sure with the understanding that Community would hold his bed and re-admit him if no problems were identified. A professional geriatric social worker and psychiatrist were furious when Community refused to re-admit him after their extended observation time revealed no medical or psychiatric problem that would make him unsuitable for their center. Community stubbornly resisted, citing different reasons on different days, even suggesting that they had changed their business model and didn’t want long-term residents any more (as if that justified sending my father to a psychiatric hospital!). We learned that the law in Illinois doesn’t allow Nursing Homes to refuse to take residents back unless they issue an Involuntary Discharge; doing so allows families the right to petition for a hearing to appeal their decision. With pressure from social workers and a legal liaison, Community issued an involuntary discharge but then quickly revoked it as soon as we asked for a hearing. Without the involuntary discharge we lost our right to a hearing. My father lost his voice and I lost faith in the Bill of Rights posted in the entryway of all Nursing Homes. So he wasn’t dangerous, or crazy, or suicidal but my father was stuck in a psychiatric hospital for weeks while we searched for an alternate facility. Caring for an aging patient is difficult, and families need qualified professional people to help. While there were some individuals who were kind and caring, the administration as a whole treated our family poorly and forced us down a path none of us wanted. We are reasonable people and tried to meet with the administration to understand. In turn, they made what seemed to us to be irrational, erratic demands in a calloused and uncaring way. I recognize that this was our singular experience, and it’s unlikely that any one person or family would experience the same issues. However my experience gives me significant doubts regarding the quality of care Community Nursing Home provides and the ethics of their business model, particularly towards people who are vulnerable, who may not be able to speak for themselves. We are exhausted and frustrated, and hurt that my father suffered (needlessly). If you are seeking long-term care, we recommend going somewhere else.

This facility provides both long term care and short term rehab for a primarily geriatric population. It is situated in a safe neighborhood of mixed business and residential. There is some outdoor space to sit outside the front of the building where sometimes residents will relax. It is not too difficult to maneuver around a few corners to get to a residential area for a walk, though one must spend some time along the busy main road to do so. The building is older and the interior appears somewhat dark, perhaps due to how the widows are arranged or how the building is situated. There are some common areas but these are small and, for the most part, out in the open and limited as to how many people they can accommodate. Rooms are average to perhaps smaller than average in size limiting how many personal items can be brought. The food does not appear to be overly enticing, and seems average for facility food. The therapy program is alright, but not as sought after as others in the geographic area. Staffing has been noted as a significant concern by numerous visitors over time and across different situations. Problems have been repeatedly reported both in terms of quantity of staff available to meet resident needs and in attentiveness to important details of care.
See all Nursing Home reviews (7) See fewer reviews
Get Costs

Other Senior Care in Naperville, IL