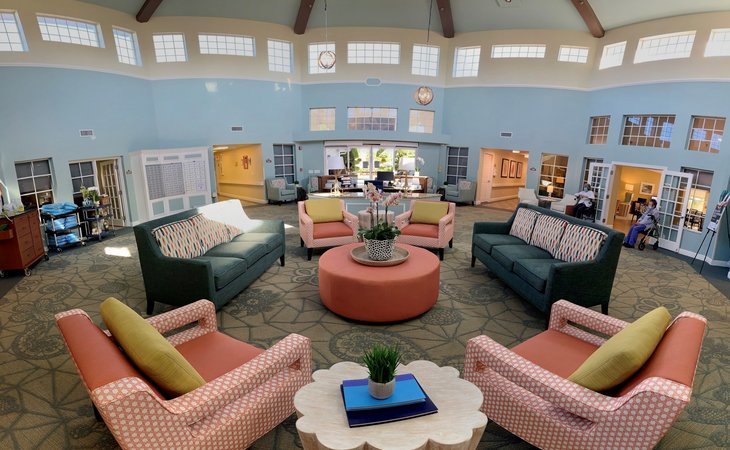 New Savings! Newly renovated suites offer the very best in amenities and our services meet the highest industry standards for care and excellence. These new renovations and upgrades come at the perfect time when finding quality care is harder than ever.

Reviews of The Landmark

Assisted Living Reviews for The Landmark

We went to The Landmark. One thing we liked about them is they said they always keep a respite room available for any last-minute requests, so that was good to know. They had a lot of activities going on. They have a library, a barbershop, a courtyard, gardens, walking paths, and a therapy room. The staff were friendly and welcoming. They answered all our questions. The food looked good on the menus, but we did not eat there.

The Landmark was outstanding. I went to both assisted living and memory care. They're very compassionate, very informative, and very caring. The facility was nice. The rooms were comfortable. I like the personnel. It's very clean. The outdoor spaces were nice.

The Landmark was a beautiful facility with a wonderful layout. We were very happy with the size of the rooms and the way they took care of the hallways and all of the facilities. It's lovely and very clean. We saw the rehab room, the gym, and the dining room. The gentleman was very professional and he showed us everything that we wanted to see. They're actually going to have a prom this week where they have a dance floor and refreshments.

The Landmark was excellent. The people were very friendly and knowledgeable. They showed me around and I was very impressed with the facility. I liked the location. I also liked all the amenities they have for the residents, the cleanliness, and the dining room. It was just a nice place. They have game rooms, a library, movie nights, and a nice dining room with what looked like wonderful food selections. They clean their rooms, and provide linens and towels and so forth. They have a lot of medical staff as well. Elizabeth was the one who toured us and she was excellent.

We moved my mom into The Landmark in Clearwater. We chose it because of its cleanliness and the location. She's in assisted living and the staff gets her involved in things rather than just letting her stay in her room. She would normally be just sitting in her room. That's why we put her there rather than at home with a nurse who would just sit there and not do anything. In Landmark, she's active and very happy. The staff is excellent. They've answered all my questions and immediately contacted me if there were any issues. They had a little COVID problem but it didn't affect anybody there. She's not thrilled with the food, although what she orders seems to look good. They have quite a few activities but it's the same monotonous activities every day. They have an afternoon thing that they call a cocktail hour, but that's not really what it is; it's just singers or musicians who play the same songs every day. They do things like play dominoes and things like that. They don't do any arts and crafts. I would like them to do something where they're using their hands more.

My father-in-law moved into The Landmark. He didn't care for the food that much, the rooms were kinda tight, and they quoted us one price, but once he moved in they told it would be so much to put my mother-in-law with him. It turned out it's another $1,000 instead of $450 that they quoted us. So, we weren't happy about the way they're doing business there. The first day he was there he fell, they took him to the E.R., they brought him back, two days later he fell again, they took him back to the E.R., and after that he had to go to rehab, and that's a different facility. We also paid extra to take care of his medication. The level of care was the highest, we paid extra for it, nothing was used, and then I said, "Can we get something towards the following month?" They made him two meals the whole time, they didn't clean his room, he wasn't there, they didn't change his diaper, nothing, so the way they handled business was not nice. He was in rehab and they had a conference call with us, and told us that he was gonna need skilled nursing. Landmark doesn't have skilled nursing, so we started looking the next day. The day after that we got a phone call, Landmark suddenly said, "We can take care of him now." He was supposed to be discharged soon, then got out sooner, and got him back into their facility. The place itself was clean and everything, it's just we didn't like their business.

Everything was very nice. The rooms were fine. The staff was very friendly; they took us on a tour. I would have put my husband there but now he needs a nursing home.

It is a four floor building and very excellent place. They have an area for the seniors that smoke, and there is a very accessible shopping center right next to the building. They have lots of activities for the seniors and the staff is very nice and friendly.

I didn’t like it. It was too small. They play bingo, which is not my cup of tea. However, they're very friendly, and they tried to explain things to me.

My dad was in this facility for the final eight months of his life. He was in the Alzheimers unit. My mom visited him daily ( I live 1200 miles away). The coordinator of his unit was the most amazing young woman. She helped my mother navigate the system and was caring and compassionate throughout my dads stay. Many of the staff attended my dads funeral. Their love and compassion was evident all the time and that gave us peace of mind.
See all Assisted Living reviews (10) See fewer reviews

Memory Care Reviews for The Landmark

We took a tour of The Landmark Clearwater FL online. The place looked good and the staff seems to understand our needs and seems to be taking good care of my mom. I do window visits with her so I get to see her once a week. It seems to be a very quality place. The sales manager took us through and shared everything. There were some things going on, and she would say hello to the staf. The tour itself was good. Given the circumstances, everybody there did the best that they could to show us around.
Get Costs

Questions about The Landmark

What transportation services does The Landmark offer to assisted living residents?

We have a bus driver that takes our residents to and from doctors appointments, lunches, dinners, community outings and personal errands.

Costs for The Landmark

Photos of The Landmark 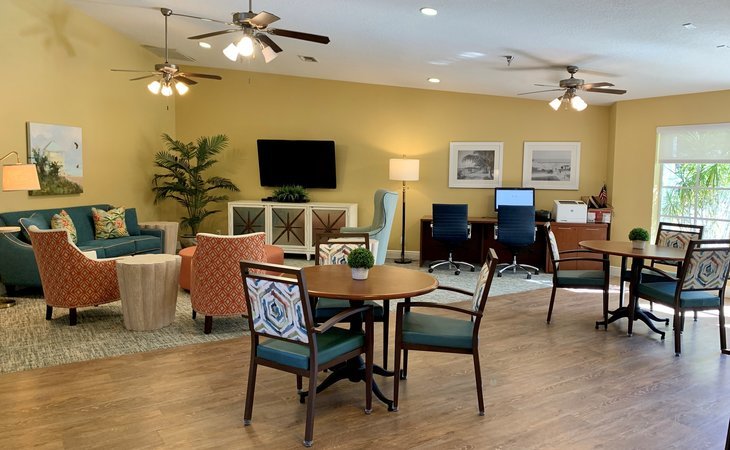 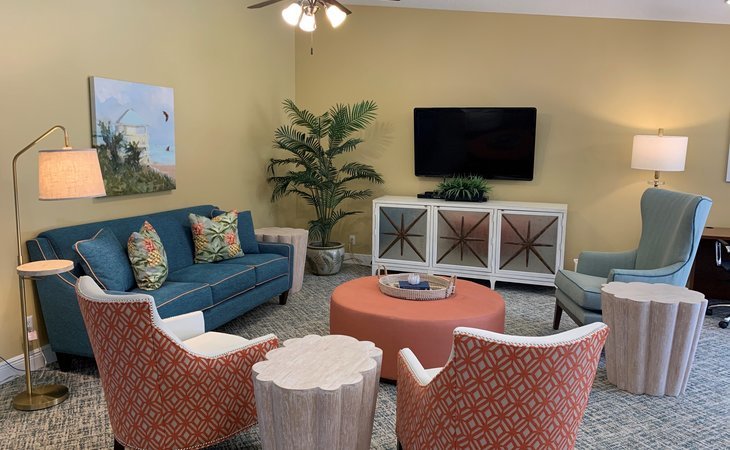 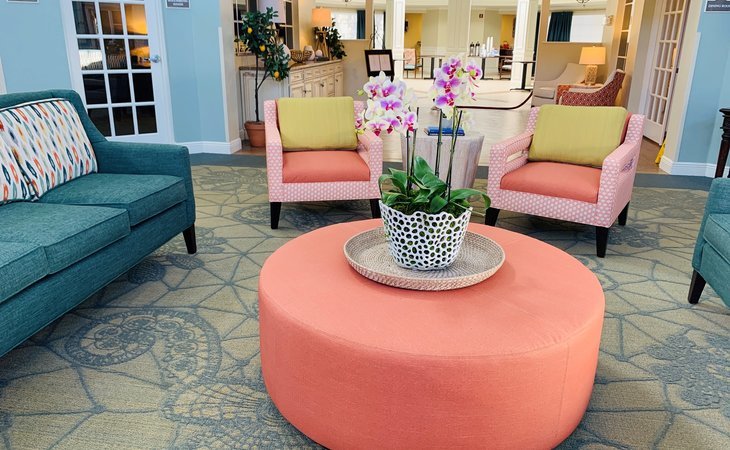 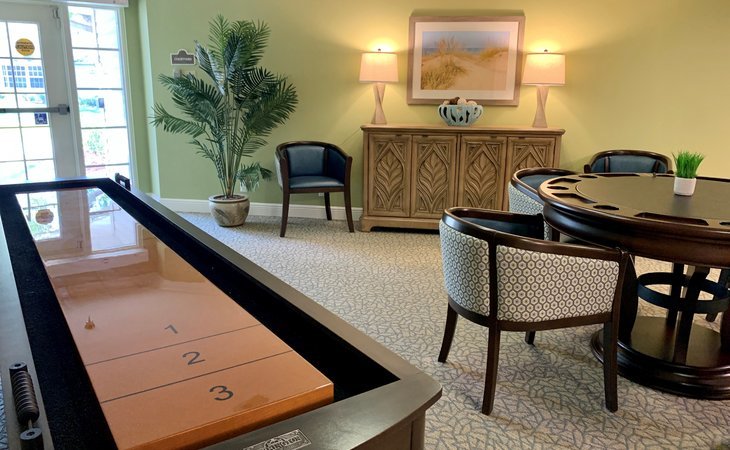 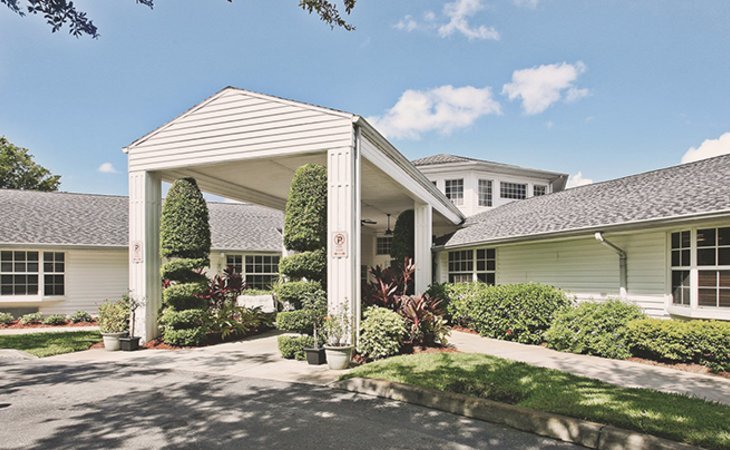 Services and Amenities of The Landmark

At The Landmark you will experience exceptional boutique living in a convenient location. We are located directly across from Countryside Hospital, near Oldsmar, Palm Harbor, and Safety Harbor. We offer delicious gourmet food, have weekly happy hour with live entertainment, activities, games, and exercise classes. We have many activities both on and off site. Fantastic shopping and restaurants are close by. We offer 4 different size studio suites. All units have a kitchenette with a full size refrigerator, a large bay window, and different flooring options. Services include in-room basic cable and wifi, weekly cleaning, weekly laundry for linens, daily trash removal and bedmaking, transportation and all meals.

At The Landmark you will experience exceptional boutique living. We foster a sense of independence while ensuring a loving homelike environment. We believe in engaging the whole person: body, mind, and spirit.

Map of The Landmark

Other Senior Care in Clearwater, FL