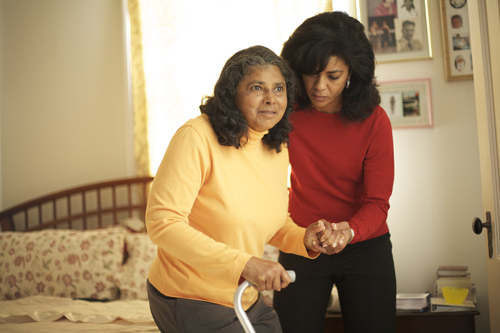 The Waterford at Baytown

The Heritage of Clearlake

The Delaney at South Shore

The Reserve at Pasadena

I moved into Swan Manor Assisted Living. It has been very good. They have a very caring and helpful group of folks that work with you. Everything is very neat and clean, and I like that. I am very pleased so far. The food is quite good. They have just finished redoing some of the rooms. I haven't been here long enough, but it looks like there will be a lot of activities.

We're moving my in-laws into Swan Manor Assisted Living tomorrow. It's an older place, but very clean and very well-kept. The staff is very helpful and friendly. It's a small place, which is what we were looking for because with my father-in-law having dementia, it's small enough where he won't feel lost. They keep it very nice. They had a lot of problems when the freeze hit. They had 128 busted pipes, but they're remodeling. They're getting it done and finished up. I think it's going to be really nice. Everything is well-kept, even with all the problems they've had. They've been able to overcome all the problems and keep the place really nice and clean. I think my in-laws are going to enjoy being there. Their memory care area, I think has only has 20 rooms. The bigger part (which is the regular part), I think has 35 or 36 rooms. Their rooms are not like rooms; they're like small apartments. They have a living room, kitchen, shower in the hall, and a bedroom with 2 and 1/2 bathrooms. It was set up for two people, so the assisted living apartment would be perfect for them. The staff has all been exceptionally nice and helpful.

My father was at this facility for 7 years. He was always taken care of. Rooms are nice and large. Activities are available. My siblings and I were there a lot and never saw any problems. No complaints on the food. I have also eaten the food. If it is not something you like they will have something else for you if you let them know. All of the nurses and faculty are friendly, helpful and willing to help in any way. I realize during COVID some activities, etc had to be limited. My father was kept clean and his room was clean. My father decided to go there on his own to be close to my mom. He never had complaints. I would recommend Swan Manor to anyone. I thank them for taking care of him.

Swan Manor looked very clean and very spacious. I have a good friend whose mother was there, and she was very pleased with the property. It looked like a nice facility. I'm looking for someone who will be close to assist my mother because she needs assistance with mobility and food and getting to the bathroom, keeping her clean, and she needs someone to bathe her. I'm in a church choir, and we have gone there on a couple of occasions and they had their residents come. I don't know what they have for their residents, but that's not something that I would be all that interested in for my mother anyway. I did not eat there. I have someone just within the last two months that has left her apartment and transferred over there after a heart attack, and she's very pleased with it. Overall, it must be a pretty nice facility. They have just redone the place. It's spacious and clean, and they take care of their residents. I don't know anything bad about it, but I don't know the people, and I haven't talked to the administrators.

We've been very pleased with Swan Manor Assisted Living. You can tell that they really care about the residents. It's very clean and they're taking care of my father-in-law's personal hygiene much better than he had in the past, and he seems much happier. The dining area is fine. We have no complaints. We like his room because this is the first time he's ever had a private room. It's a decent size, he has a bathroom, and he has a little privacy. He's able to go outside if he wishes. They don't have to worry about him trying to run away. The whole place is surrounded by glass. There's a grassy sidewalk area, which is really nice if he decides to go outside. They interact with the residents really well. They have activities for them that he never has gone to participate in before. He does not complain about the food. It's an older place, but it's very clean. It's not as expensive as the previous places that he has stayed in.
See all Assisted Living reviews (5) See fewer reviews

Swan Manor has assisted living and memory care. However, memory care is just a locked-in area, they don't have any activities, and they're not able to freely leave that section. Whereas in the assisted living, they can just walk around and leave, go outside, and do whatever they want to do. In their memory care, you're locked in and that's the only difference. There are no planned activities at Swan Manor. It's old and dark. The staff during the tour was good, but once I heard that they did not have activities, it made my mind up fairly quickly because I wanted mom to have stimulation and not just sit in her room all day, other than going to meals. It looked clean, but it had darker lighting. It wasn't as bright. They didn't show me the dining room, but I know they had one. The place was quaint. It's more of a 60s architecture. They have a secure outdoor area that you can go into. The other thing I did not like about them was their visitation policy. It's one person per day and they had no in and out privilege, so if you go in and leave, that's it for the day.

My mother was in the memory care for 9 years. She was always clean, and taken care of. The staff is trained and so good at working with her and getting her to do the things she didn't want to do. They have activities for them to do and encouraged them to all participate. They would bring the residents to the front so there would be more interaction with them. We were there a lot and never saw anyone treated badly. The memory part is much different than assisted living. It takes a certain training to be able to care for them. Some of the staff had been there the entire 9 years. That says a lot about the type staff they have. I thank all of them for the care they gave my mother.

My mom is in Swan Manor Assisted Living. She's in the back part where it's special needs, kind of more advanced care. They don't do as much as I thought they would. They pretty much have a room there for them and they feed them 3 meals a day. There is a nurse there some of the time, not all of the time. It's not a whole lot of one-on-one care at all. They'll give them their medication. They have very few staff there, there's only a couple of them, so I would say there's probably 13 or 14 patients there. So that's kind of stretched thin sometimes. The room is nice. It's just one big room, and you can fit a twin-sized bed in. They have a TV; you can get your own cable or Dish Network. They have a bathroom and a very small shower. There is one window, in the back of the room, so they can see outside. As far as activities, there's never been anything there. They don't work with them. Actually, my mom, she can walk down to eat her 3 meals a day with a walker. And then she just automatically comes right back to her room. They have like a gathering place right next to the dining room. They have a TV and some chairs out there, but no one ever really does anything with them or works with them. There are some patients there that are in wheelchairs, their mind's not real good. I think a lot of times they leave them out there so they can watch them all in one place. Because if they went and put them back in their rooms, they would have to either come by a lot and check on them or something like that. So, they leave them out in that area. But my mom's been down there quite a few times and she said there's just nothing to do. Yeah, they have a TV on, there's a few tables, but there's no one there. I mean they just kind of sit there, they don't work with them or have games or anything. I kind of asked the lady before I put her in there about that, she said well, right now, since Covid's here we don't have a lot of activities. But now I noticed at the front where there is the assisted living area, where they are able to go around a little better, they do have bingo and different things for them. But back there where she is, I don't even ever see them working on a puzzle or maybe playing a little game. I don't know if there's not enough people there that could participate. But that's why my mom just comes straight back to her room. There are a few of the staff that are really, really good but then the majority are either burned out of doing their job or they just don't have a very good attitude. Value is good because I checked around other places and they are almost double. I have not tried the food, but my mom says there's really good days and then there's really bad days. Like if you come down a little late, you're going to get a sandwich.
Get Costs

Other Senior Care in Baytown, TX