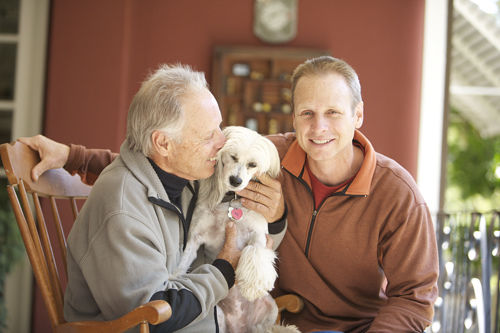 I was a resident at FHCC for only 3 months before Hurricane Harvey forced my displacement to a Nursing facility some 50 miles away -- too bad and sad, because, that was the only reason which would make me leave my new home at Friendswood Health Care Center. My disability dates back to 1995 - 23 years - with tons of experience living in nursing homes/facilities. What I'm leading up to is that with my experience on the receiving end of life in such places, I give Friendswood Health Care Center a 5-star rating simply because they earned a full rating in all areas of caregiving. They have been closed while repairing & getting ready to reopen; I'm ready to return home.

My husband was at this facility, until Hurricane Harvey. I have had many complaints on the quality of care and overall condition of the nursing home. I was there almost everyday to make sure he was taken care of and that the state guidelines were followed re: changing them every 2 hours, etc. In the 2 years my husband was there the staff has rotated so many times it makes my head spin. There have been 6 DON's. The administration did not seem to really care about the residents, just the bottom line.

2 and a half months ago, I was given the daunting task of finding my younger brother a skilled nursing and rehab facility in the area after he was injured in a fall at home. I was overwhelmed with trying to find the right place for him. Our family had suffered a horrible ordeal when we had to place our dad in a facility (supposedly 5 star rated) and his and our experience there was as I said, horrible! All I could think about was, what if this happens again? What if I put him in a place that doesn't care for him and were uncaring to family as they were? I had no idea how the insurance worked, I had no idea about how any of this worked. At that point, I started calling facilities that were in his insurance network and the first call I made was to Friendswood Healthcare and Rehab. And thank goodness for that!!! My first contact on the phone was Amy, the Head nurse at the facility. She helped me thru so much, even a few tearful moments and she made me feel so good! Next, I talked to Cindy and set up an appointment for a tour and to meet the staff. I never looked at another facility! I saw the sincere way I was treated, so I felt in my heart that my brother would be treated the same way, and he was! Lauren and her rehab staff worked so diligently with my brother who came in unable to sit up, stand, much less walk in any! We thought that when he first came in there was no way he could possibly go back to his apartment where he lived alone. I thought we would be looking for an assisted living facility for him, and he was only 57 years old. He also could not swallow. He had to have a feeding tube while in the hospital and he transferred to Friendswood with the tube. But after the speech therapy, he graduated to soft foods, and before he left, he was and still is eating a regular diet!! I am telling you honestly that our family had so little hope for his future, and now we all have nothing but hope for his continuing success. After a couple of months of rehab and care at Friendswood Health Care and Rehab, he is back in his apartment (with daily care for some of his needs such as cleaning, bathing, etc) but he is living on his own, something we thought would never be possible again!! When my mom and I visited him, they not only cared about him genuinely, but we got hugs as well from staff!! Cindy, Lauren, Amy, Marilyn, and all the rehab and nursing staff...thank you from the bottom of our hearts! He has a second chance at life and you all helped to make that happen and for that, he and the family will be forever grateful! And thank you for always supporting me in learning the process and helping me sleep at night knowing he was so well taken care of! Yes, I would certainly recommend Friendswood Healthcare Center!!!

I had my dear mother in this nursing home for 6yrs and she received phenomenal care! Unfortunately, I had to transfer my mother to another nursing home that was closer to my home in Dec 2015 bc of my personal health issues. She loved her nurses immensely and she cried when saying her goodbyes. It's truly amazing how some nurses care and love their patients. It's an older nursing home but it feels more home like. I am forever grateful to her caring nurses Diane, Gloria, Dee, Carolina, Johanna & Valerie.

The only reason I don't give this 5 stars is that the physical building is getting pretty old and in need of remodeling badly. They keep the place clean, and the common areas are fine, but the rooms could use updating. The Staff here is the most professional and attentive I have ever encountered. They do what they say they are going to do, and they never complain. The Management is extremely courteous and professional. We moved our Dad here from a much newer, fancier facility that was a nightmare.., and our level of stress now is greatly reduced. I would highly recommend this facility.

Yes, it's homey and the RN's are nice. The rehab staff are superb. Warning with the discharge: I was promised my mother would get her equipment the day after discharge. They referred me to a home health company. The Director of Nursing at Friendswood Health Center promised that the Dr at the facility would sign off on all of the necessary equipment. I told her I wouldn't take my mom without equipment. To get me off of her back, she (lori) lied and said I would have the equipment, the order was ready. It's been 4 days since discharge and no medical equipment. Yes, my mother who suffered a stroke has not bathed and got stuck on the toilette for 2 hours after being released because the toilette lift was not there. To this day, the Dr at Friendswood has NOT SIGNED the order for the equipment. When I picked her up they advised me of 6 additional meds for my mom since the stroke but refused to give me the prescriptions stating my mom had to visit her PCP. That Appointment is scheduled for 10 days after discharge so the day after discharge mom's sugar exceeded 300 and blood pressure high thanks to no medication. I did eventually call and complain. They (Carolina) initially said they wouldn't give prescriptions but then they changed their mind when I said I couldn't wait for the PCP. How can you discharge a stroke patient without prescriptions or medical equipment? Very very negligent and despite their repeated concern of my mom's safety, they could care less because they set her up to collapse or die. That's inhumane. Their facility Dr never never spoke to us in 2.5 months and never returns calls. Completely useless. Any facility is better than this hole. Do not go!

I did like Friendswood Health Care Center. I feel that it is homey. I had the time to sit with some of the residents there, and they liked the place. They have a very good cafeteria menu.

This facility is in a residential area. It is small, easy to navigate around in, you won't get tired walking down hallways. Employees are very caring and friendly. Therapy is always busy and know what they know so well. Overall, facility is well seasoned to care for those with advanced needs in quiet lovely residential safe area. My family member is coming here for top level care!!!

ONly concerned about getting paid. Does not consistently provide financial information to the family members at time of admission. The staff are generally very good and caring. This facility is old and does not have phones in the rooms. They have a few rooms with TV's but you really have to bring the TV and pay for satellite. This is not emphasized when you take the tour and vomes as a surprize when you arrive with your family member. The facility is dirty and the housekeepers only make a couple of sweeps with the mop. The hallways smell of urine.the furniture is falling apart. My advice would be to look for some other place to put your loved one. Read every piece of paper before you sign it!

Friendswood Health Care Center is a small facility and its only 5 minutes from my home so it's more convenient. The place is homey. The staff were kind and very nice. The dining room was kind of small, but it's the biggest room and that's where they do their activities. The food was good and I would rate it as a medium. They also have coffee and water available. So far my dad is doing good and he is getting better care.

I took a tour at the Friendswood Health Care Center. Some of the staff seemed to enjoy what they do. They were friendly and very attentive to the people living there. There were on the other hand some employees that seemed very lazy and uncaring. I heard later that most of these employees were noticed and fired. There was a very nice courtyard/sitting area for the people to relax in. I was told that they hold monthly events like dancing and bingo for the people living there. The facilities are clean but not very colorful which to me made it seem somewhat depressing. Overall I really enjoyed my tour and I believe that the people that live in the Friendswood Health Care Center are well taken care of and are happy.
See all Nursing Home reviews (11) See fewer reviews
Get Costs

Other Senior Care in Friendswood, TX