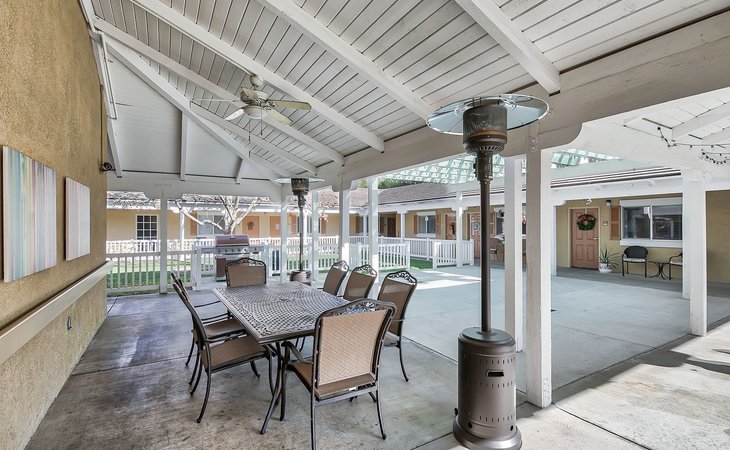 We've chosen Sunlit Gardens Assisted Living. We gave a deposit for my parents. My brother and I sat down, and we went over all the ones that we visited. We compared them. What we liked about Sunlit Gardens is they had two rooms right next to each other. Instead of putting them in one small room, we got two rooms. We felt that was best for them at their stage right now. I've only had interaction with two of the staff. They were great, so was the director; he was fantastic. He showed me several different options for my parents. I felt like there were lots of choices there. I met the head nurse in charge of all the patients. We talked to her briefly, but mostly with the director of sales. It was homey. It was kind of set up like a ranch style. They had a building with a dining room and some rooms in the building, but you go out to a courtyard.It has lots of green to look at. My parents would have something to view and would enjoy that. However, it just wasn't shiny and new like some of the other ones we went and saw.

Thank you for your review!

I visited Sunlit Gardens Assisted Living. The staff seemed nice, it's smaller, so it's like more personable. It's clean, and I like the area that it's at; out of all the places I have seen, this is the best area. It's in a good community, and it's in Rancho Cucamonga, so it's nice there around; the streets and the stores and the shops nearby are in a good area. They have bingo, exercises, and everything. It felt homey. The staff members were very nice and informative.

Thank you so much for your review!

We really liked the Sunlit Gardens in Alta Loma for my mom because my mother-in-law was also there. She was in assisted living, and she was there until she passed. They were just amazing. They did every single thing they possibly could to help my mom, and they were really, really good. I was very comfortable with my mom being there. The staff was all very caring. I can't really base the food on her because she just stopped eating once she got there. I've eaten there before, and the food was really good. They had music in the living room, and they had lots of stuff going on. The place was also very clean and very nice.

Thank you for your review!

Sunlit Gardens Assisted Living was nice. The staff was amazing. The room was nice but didn't have a closet. It was a studio, so it was just a room and a hanging space, where you could only fit five things. The dining area looked nice. It was lunchtime and everyone was eating.

We selected Sunlit Gardens for my mom based on the location and the services they provide. They provide a good-size room for the pricing, and there is no additional pricing for them to take my mom to doctor's appointments. They actually stayed with her at her doctors' appointments. Their bus driver is actually the one who is in charge of scheduling the appointments because that way she knows how much time each resident needs. Then she accompanies my mom, then calls me and gives me an update on what the doctor said and when her next appointment is. It is a much smaller community, so there are not as many activities. However, they have Bingo, balloon volleyball, and some trivia type stuff. Another thing that I really like is that there is a community dining room centrally located and it is not a far walk for anyone. They will also bring my mom's food to her room for her if she wants at no extra charge. They're really good.

In January of 2007 we were looking for a nice facility to place my wife's parents and an aunt. We looked through out the area of Rancho Cucamonga and surrounding cities. Finally hearing that we should go and look at Sunlit Gardens. From that first visit we found such a beautiful facility for assisted living. We were able to find two rooms for the parents and aunt. Since that time we have been completely happy with the decision to have them live there. The staff and workers have been such wonderful and caring people. We are so glad that Sunlit Gardens was suggested to us and that they had rooms we needed. We are grateful that such a place is available. Dan & Bev Harrisburg, Oregon

The grounds are manicured with covered walkways leading into a courtyard and garden area. The interior common area is spacious and clean; no smells. There's a small TV/living room at the entrance that leads into the dining room area. The rooms are semi-private or private; patients can bring their own furniture. I didn't see too many patients out in the common areas; just a few in the dining room eating. Lots of activities are offered including a putting green.

This is an Assisted Living facility. Very nice grounds with a golden retriever who also lives there. I got a cozy and warm feeling when I visited. The staff were attentive to the residents present. They also have a memory care unit with 24 hour care. A safe and secure place to live. They also provide transportation if needed. (They have a large van). Easy location to access.
See all Assisted Living reviews (8) See fewer reviews

Sunlit Gardens was extraordinary. But when my dad passed away, I went to remove all of his things out of the room, and they handed me my deposit check, the check that I had written for the two weeks left in the month, and said they weren't charging me a dime and they had taken care of him for a few days. They took good care of him. They were pureeing his food because he was having problems swallowing. It was going to be a great place for my dad. I was very impressed with them. Their executive director has been there for 18 years, and that tells you a lot. They're also five minutes from here, which is another plus for them. I knew he was in good hands. I went to see him every day. I called and I immediately got put through to someone that could tell me how my dad's night was. The staff members were very present. My dad got so much more attention there. They were taking care of him. They were very competent and very knowledgeable. When my dad was dying, they were very compassionate and explained the process and what was happening to him during the last few hours. They were great. The sales manager that signed me up and took me for the tour and all was very, very polite. He was just extremely nice and I just loved him. The nurse of the facility was right on top of everything that was going on with my dad. I don't know how she does that with all the people they have there, but she was on top of everything, and she knew exactly what was going on with my dad. And then the executive director, who I never even got to meet until my dad had already passed, she's the one that came in while I was cleaning my dad's room out, and she handed me my checks back. She said, "I just can't believe this happened so fast. We were looking forward to taking care of your father." They're very nice. You could tell that the staff really cares about their patients. People love it there, and they're there for a very long time, and that said a lot to me, that's why I ended up putting him there. They were very, very careful about the COVID. They were being very diligent about that. I was impressed with everyone. The facility itself was clean and it didn't smell. The floors were clean. My dad's room was clean. I was impressed. I told them what he liked to eat, and that's what they gave him. They couldn't get him to eat the first day he got there, and I had told them, he liked the peanut butter and jelly sandwich for lunch, he doesn't want any hot food or anything like that. They couldn't get him to eat what they were serving, and then they said, "Give him a peanut butter and jelly sandwich, his daughter said that he likes those." And sure enough, his face just lit up when they brought it in. He couldn't eat it, but the gesture was there, and I could tell that my dad was happy.
Get Costs 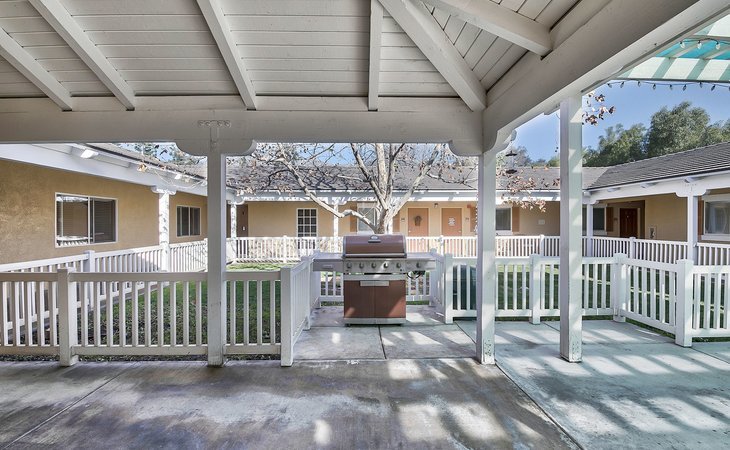 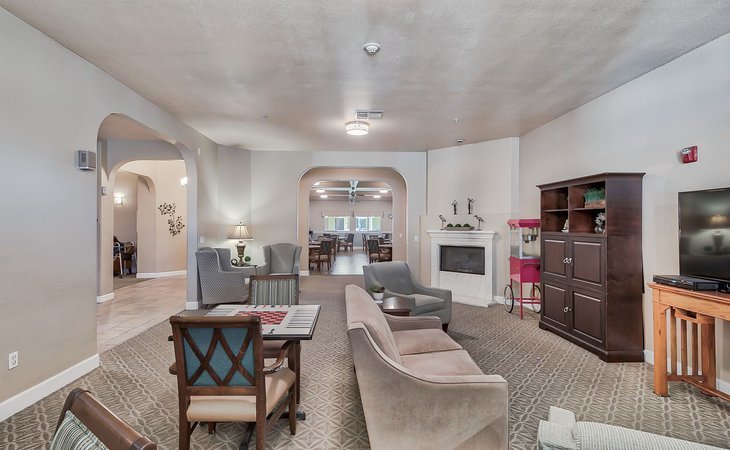 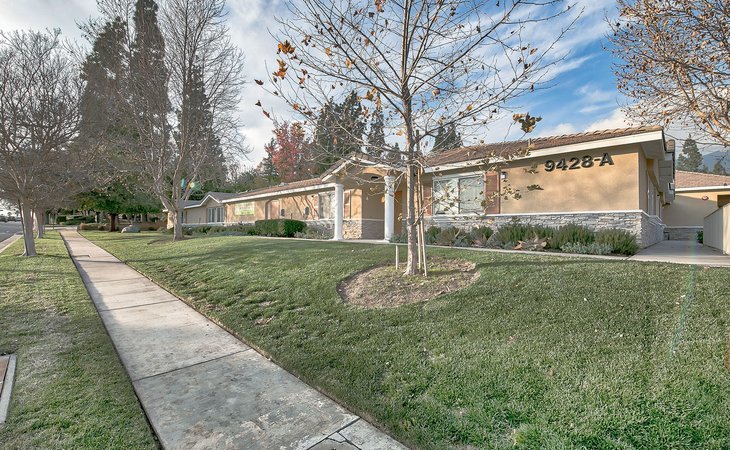 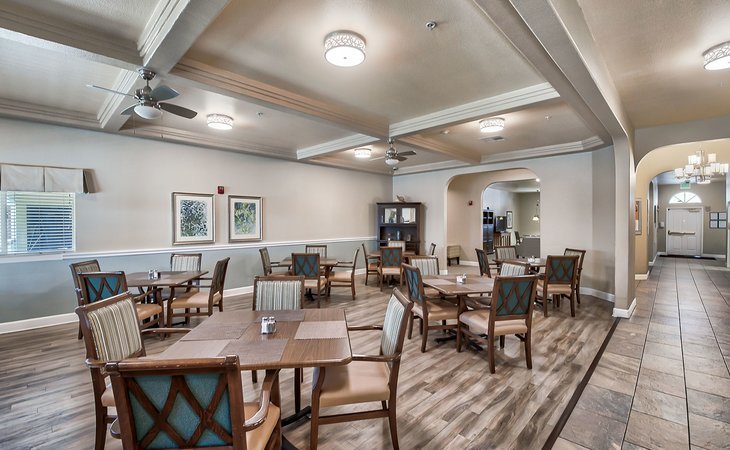 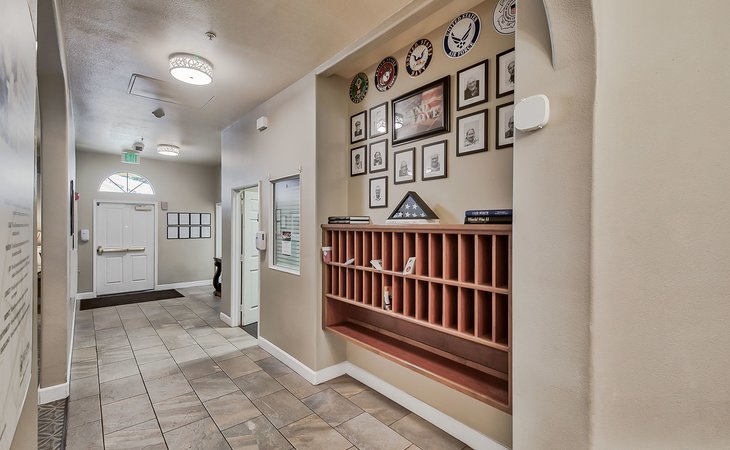 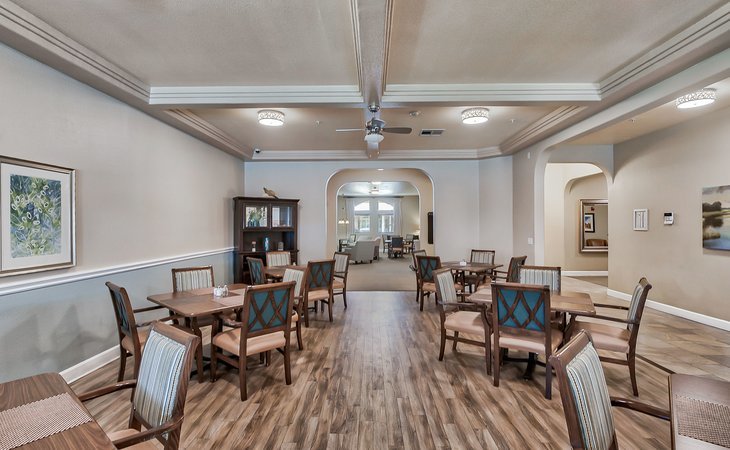 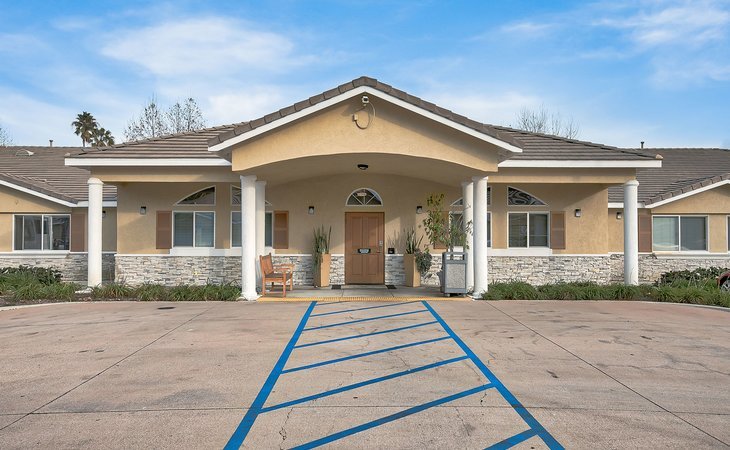 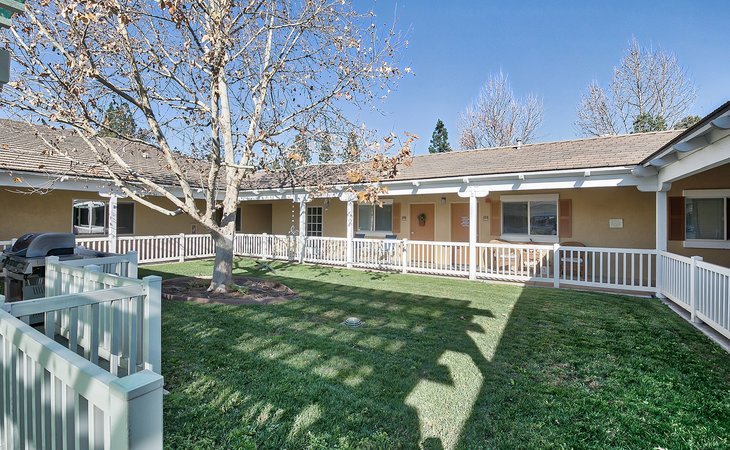 Located in the foothills of the south face of the San Gabriel Mountain Range, Sunlit Gardens offers Assisted Living and Memory Care in a beautifully designed single-story garden community. At Sunlit Gardens, we understand how difficult it can be when caring for a family member with memory impairment. Our highly trained and accommodating staff provides our residents with personalized care and attention. Familiar and structured routines and environments help our residents feel comfortable and safe throughout the day.

Meridian Senior Livings Moments in Time Montessori based memory care program is designed to capture our residents’ special moments in any given time.