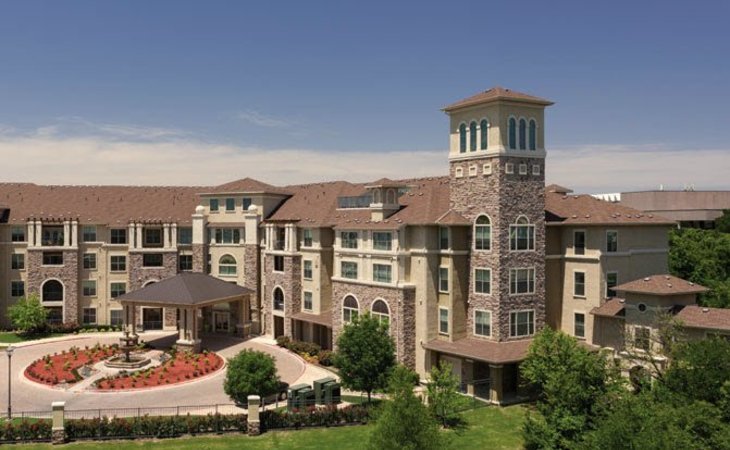 I went to Atria Canyon Creek. I was very impressed. I liked the spaciousness, the fact that all the seniors were actively involved in activities, and the friendliness of the staff, especially Patty, who showed me around. They had a pet deposit. Patty was knowledgeable and excellent. They are mid-priced. I think she said they had 22 hours of activities a week. I saw seniors actively involved in several, but I was only there a couple of hours, so they were going and coming to different events. I saw the theater, the salon, the exercise room, and I saw a recreation room with active seniors involved in there, as well as the cafeteria and the main room.

My father-in-law is a resident of Atria Canyon Creek. It's very nice. It was right across the street from my husband's work, so he can go see his dad any time. That was the biggest draw. It is a full, complete apartment. We looked at others that were considered independent living but had a hot plate and a college dorm-sized refrigerator. This is an entire kitchen, oven stove, regular big refrigerator that you'd buy at the store for your house. So, it was nice that way and it was a decent price. They did a very poor job and are still working on making all the repairs, lots of repairs, from the snowmageddon in February. There are still lots of walls ripped out, lots of apartments. Some of the holes still smell like mildew; they haven't pulled up the carpet yet. I live almost 30 miles from where he is. We were told that he was going to have weekly housekeeping and sheet change, and it's every other week. It's disgusting to let somebody sleep in the same sheets for two weeks, especially somebody that's in there so much. It's not like he's in there six or seven hours a night. He's in there 10, 12 hours; it just gets gross. So, I have to go out there every week, every other week to change the sheets. The only staff I've ever really encountered were the lady that showed us around, and then the girl at the front desk to check your temperature and everything. Those are the only people I've ever encountered. He does like the food quite a bit. Actually. They do give a really small amount though, I guess old people don't eat this much; but it tastes good, he says. Well, they have a couple of different kinds of clubs like cards and dominoes, and they have another club for veterans. They have a nice pool when it's open and working. It's down a lot of times. There's either no water in it or something's broken, so they won't let anybody go in it. That's a nice pool when it is open. They'll drive you to Wal-Mart and get them out a little bit. They have a driver. There's a car and a bus. The bus, because the COVID, is kind of restricted. Even though it's a bus for 15 people, they only take six. They have chair exercise classes and meditation. They have a hearing aid company come in once a month; they have two different things like that. They have a theater that they're using now. Of course, half capacity, but they have a theater that's going. They have the dining room, and they get two meals a day. I think the program is pretty good. Unfortunately, he doesn't do any of it. It's not excellent, but it seems pretty good. They do the virtual tours, my husband and I actually learned about those virtual tours through them, and we do them now.

Patti, Thank you for voicing your feedback. We set a high standard for delivering quality, and your experience is important to us. We will have our Regional Vice President follow up with your family directly.

In the nearly 4 years that I now have been a resident of Atria Canyon Creek I have always felt safe and comfortable. Throughout normal times and especially during the challenges of Coviet19 the management has always made sure that the expectations of the community and any special needs of residents are met and in most cases exceeded. And such is not always easy in a community of 200+ residents. There are a variety of floor plans to choose from according to your needs and space is ample in all of the apartments.. There is a full roster of activities to choose from at your will and a range of amenities such as library, indoor pool, movie theater, concerts, trips, baseball, volleyball, card games ,invited entertainers, etc... Research with other facilities in the area has shown that rental rates are competitive for comparable floor plans. But one of the main aspect that sets Atria apart from the competition is the family spirit of camaraderie and residents looking out for each other when needed., I highly recommend checking out Atria.

Bob, We're thrilled to have you part of the Atria family. Your feedback is important to us, so thank you for sharing your experience.

My dad has moved into Atria Canyon Creek already. They have food and all the things an independent person would wanna look for, driving within 10 miles, cleaning service, all bills paid except the internet, and there's a full kitchen, that was important. The place was nice inside, they repainted everything in the whole apartment, and they change the carpet for you when you move in, so you feel comfortable. So far, so good.

Hi Jennet, We're thrilled to have your dad call our community home. Your feedback is important to us, so thank you for sharing your experience. Thank you for choosing Atria!

Atria Canyon Creek is so far very nice and the people are friendly. I have a small 2-bedroom, the staff cleans every other week and provide 2 meals a day. The staff members are very nice and respectful. They have basic cable, we're not doing much now because of the virus but there are lots of activities like going out to watch plays and concerts. The meals are provided in my room right now because of the virus, otherwise, we have a dining room with tables that each seat six which is good for conversation. There are a variety of rents for same-sized apartments. People tend to come in with lower rates then they go up about 10% a year. So that's the drawback, after several years people tend to move out because they can no longer afford the rent.

Hi Michael, Thanks for visiting us at Atria Canyon Creek. Our staff takes pride in delivering the quality service we're known for.

We were at Atria Canyon Creek and our impression was good. We were there for a special occasion and they had five apartments open for Christmas. It seemed to be very nice. They allow pets, they have a very nice aquatic pool, a nice room where they had caviar, and the dining room was nice. They had hors d'ourvres out, and everything was good.

Atria Canyon Creek was really good. We really liked the place. The people were very nice, including the residents we met. It was clean, and they seemed to have a lot of activities. Their pricing was good. The place was big with a lot od residents living there. If we had made a choice, this might be the place we chose. They offered a broad dining experience with a three- to four-hour time frame for their breakfast or dinner.

I am 100% happy here at Atria Canyon Creek. I’ve been here for about four years. I have a beautiful apartment, and I love the people here. I am involved in all kinds of activities and have actually put 2 new programs together for the people here. There are probably 260 people here, and I think I know about 200 of them by first name, so I am very delighted with my experience here.

The people at Atria Canyon Creek are attentive and very nice. I stayed overnight, and they brought me a nice big bowl full of fruit. They tried to please me as much as they could, and they introduced me to somebody to have lunch with. They were gracious, and I met a couple other people who were very friendly. All over impression is very good. I didn't like the huge electric line which goes through the apartments. They have all kinds of activities and 2 different exercises, and the employees are very good. It's very nicely located and convenient.

Atria was top of the line. It’s very nice, but they didn’t have rooms for veterans. Once a week, they had a luncheon get together, and they have a dance once a week. It’s really cool. The people were really nice, and they’ve got a great chef. They’ve got great activities, and the one thing I really like was security. Everybody wears like a badge, and if somebody gets lost or confused, they can find them right away. At night they check all the doors to make sure every door was locked at night. The security was really good.

However, it had a strange smell, and both times I went there, the person who showed me around did not smell it. Everything was a dark color, and it was much darker the first time I went there. On the second time, the hallways weren’t quite so dark, but still everything was brown. The furniture in the common rooms is heavy and brown, but I have the option to repaint my apartment at my expense.

Our visit to Atria was very good. The interior was darker, traditional, and older; however, it was clean and nice. The staff was friendly.

Atria Canyon Creek was excellent. The facility was well managed. When we left, they gave me and my 2 daughters gift bags from the restaurant. They showed me a one-bedroom apartment. It had a fully functioning kitchen. It was very well run.
See all Independent Living reviews (13) See fewer reviews
Get Costs 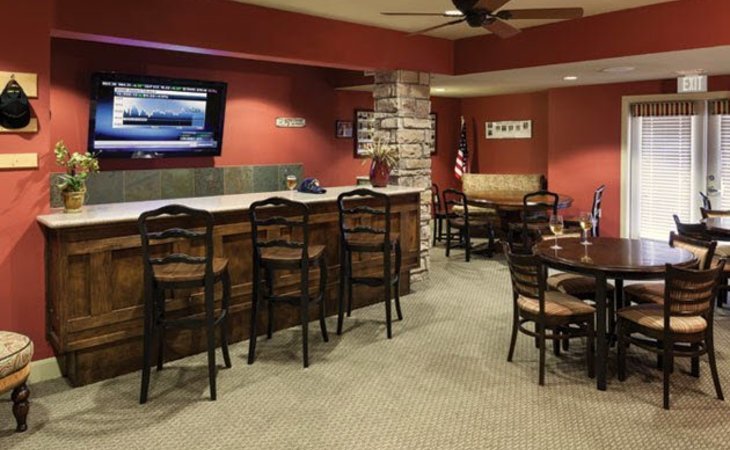 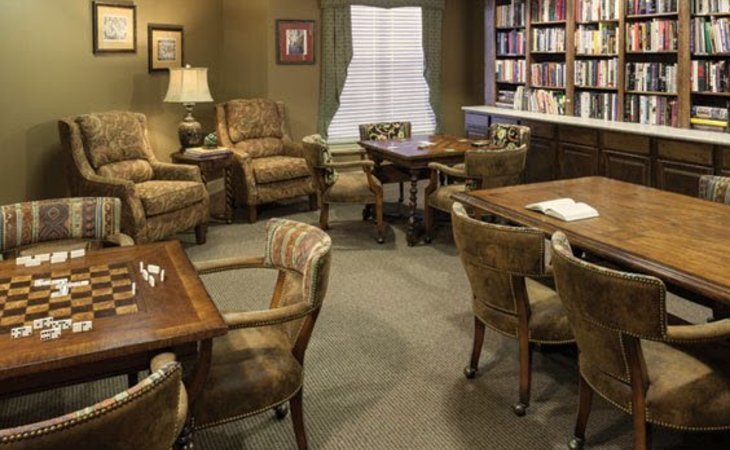 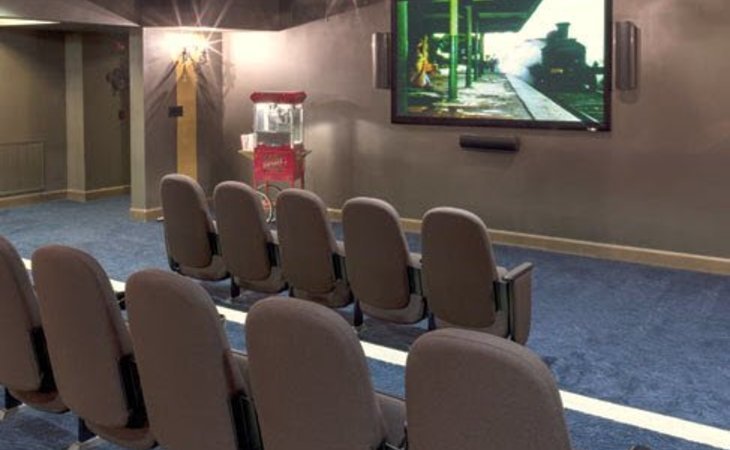 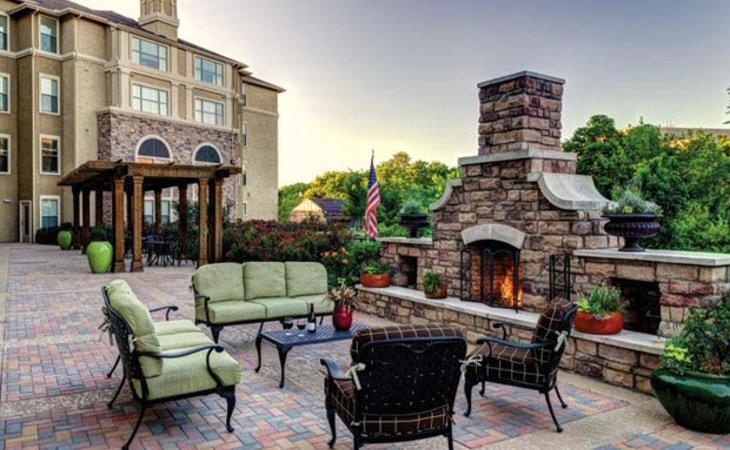 Atria Senior Living is a leading operator of independent living, assisted living, supportive living and memory care communities in more than 200 locations in 28 states and seven Canadian provinces. We are the residence of choice for more than 20,000 seniors, and the workplace of choice for more than 12,000 employees. We create vibrant communities where older adults can thrive and participate, know that their contributions are valued, and enjoy access to opportunities and support that help them keep making a positive difference in our world.

Other Senior Care in Plano, TX