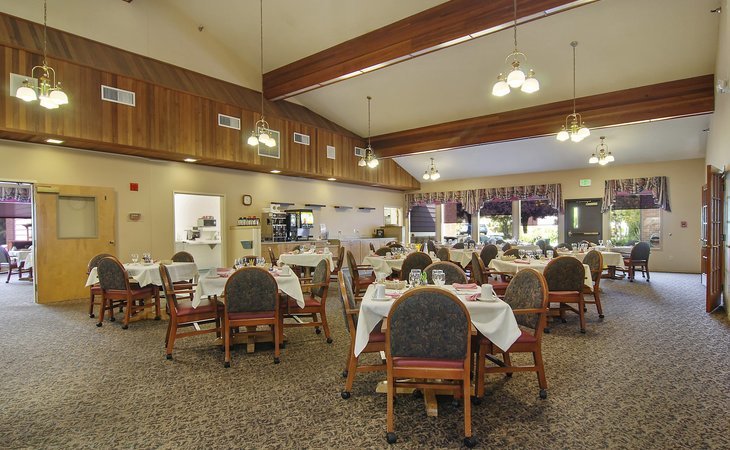 We did a tour of Brookdale McMinnville Town Center. They had a couple of open units that they were rehabbing, and they showed them to me. They had 1-bedroom apartments, they were very nice and they had a studio, but they were in the process of fixing it, so I didn't get the chance to look at it. It was very nice, very clean, well done, and well maintained. The people are all nice. My mother likes playing cards and she's very social. When we went there, everybody was wearing a mask, and they were probably 10 feet apart; nobody looked happy. You couldn't see anybody's face, but nobody was really happy in there. Somebody was passing around some little kitties and things, that they are having the people mess around with, which is a nice touch. But the same thing, these people are not older than I am, and it seems kind of sad that they couldn't sit around and talk with each other and exchange their histories and their stories. The staff, did her job, and she was very nice. She showed me everything and explained the situation. I have no idea what the food is there. They said it used to be kind of like a restaurant setting where they have a big dining area and people could eat and talk and do all that, but they don't do that anymore because of COVID. They have to do it in their rooms. So, you order your food, and you eat in your room by yourself. But again, this is COVID, it's not against them. They do a great job there. They maintain the exterior and the interior. They take care of the whole thing. I hate to say it, but it's kind of more of an institutional type thing. It appeared to me when I was looking, that all you can see is people's eyes; So, I have to judge from that. I'm looking at these people and they're all in their 80s and 90s that I could see, or older; and they're just sitting in their chairs, ten feet apart. They can't even talk to each other, it was sad. These people are at the end of their lives, and they know it too. It is very sad they can't sit around and look at each other in the eye and talk to each other.

Not having any knowledge or experience with Adult Care Facilities, we found the Villas folks very helpful. They answered all our questions and gave us information we didn't know to ask about. We had lunch, very good, and were able to see the interaction with the residents. It is a very nice, quiet, clean facility and is has a warm, comfortable feel. We were able to visit a studio room, which was more like an apartment. Nice big windows to look out and clean and comfortable. We were totally impressed with the way the staff interacted with the residents. All in all, we loved it there. I told my wife, "this is where I want to live when it's our time". I'm sure my Mother would love it.

We went to Brookdale McMinnville Town Center. They were friendly, it was a full-service situation, and they had some cottages where they had limited services or independent living. Some stuff were a little bit older, but they were in the process of renovation. The staff was very good, very friendly, and very knowledgeable.

Brookdale McMinnville Town Center is a little bit better as far as the size of rooms. I was pretty surprised about that. Their kitchenette is not that much. They do offer a two-burner thing in the kitchen, but the countertop is so small you can hardly use it. So I realize I'm going to probably go and eat, and that's what they're trying to promote. A lot of meals I will probably eat in their restaurant facility. They will provide a microwave, I don't know where you'd put it, and there's no oven. From what Brenda told me when I went to the Brookdale tour, she said that they were open 24 hours a day and that if you wanted to go in and get a snack, you could go. I did walk over and talk to the chef, or whoever it was, that's running them. She walked me in and showed me the TV room, and I noticed there was exercise equipment there and all that stuff was there, but I didn't see anybody using it at that point.

We were pleased with Brookdale McMinnville Town Center. My stepdad was there for a year, and they were very helpful. He was having problems with paranoia and he was confronting people, and the director was very good with him. He was patient and he would call us when there were problems. He worked with us really well. It took a while to find a place and he was very patient with us even though David sometimes was causing problems to the other residents there. The director was really caring. Some staff didn't have the patience like the director did, but all in all, they were all pretty good to him. The food was okay and they always had something going. They'd have an outing once a week.

Brookdale McMinnville Town Center had a very homey type of living situation. We stayed for lunch, and the food was extremely very good. The size of the studio was quite small, but the one-bedroom size would be very good for me. They had a place next door where the residents could transfer to assisted living.

The staff at the Villas of McMinnville is friendly and very helpful. The food is good. We have a nice two-bedroom, and as far as it goes at the moment, I can't think of anything to complain about. This facility is more or less divided into independent living and assisted living, so if we need assistance that is not a problem. As a matter of fact, I have been trying to talk a couple friends of mine into moving in here if they decide to leave where they are. I wouldn't mind seeing more people moving in here because we have a lot of friendly people here. The activities we enjoy the most are the scenic drives on Sundays. The problem is my wife is not well yet and she is still going to be in therapy, but when she gets in good shape again, we would like to take up pinnacle and a few more of these things.

My mom is in The Villas. They are right across the street from where my mom lived. She already knew a couple of people who live there who went to her church. I like it because of the feel of the place, the friendliness, the feel when you walk in. It has a really good feeling about it. I don't think the staff is on things as quickly as possible, but they are way more experienced than I am in dealing with those kinds of issues. But they're really nice people. They're laid back. They always listen to you and try to be helpful. My mom is in an independent apartment with my handicapped brother, but I have an adult caregiver come in and do the care part. The food is fabulous; I ate there with her. Mostly, she likes the Bible reading or any kind of devotional or music. She likes to sing along. There's a guest musician there. I don't have anything bad to say about them. I think they do a good job. They're a little less expensive, too, and I like that. They try to keep their cost down. They do have a yearly rate increase, but it's more reasonable than some of the other places.
See all Independent Living reviews (6) See fewer reviews
Get Costs

The most important activities we provide on our campus are the activities hosted by other residents. Art classes, book clubs, and knitting lessons are jut a few of the options our residents provide to each other on a weekly, bi-weekly, or monthly basis. 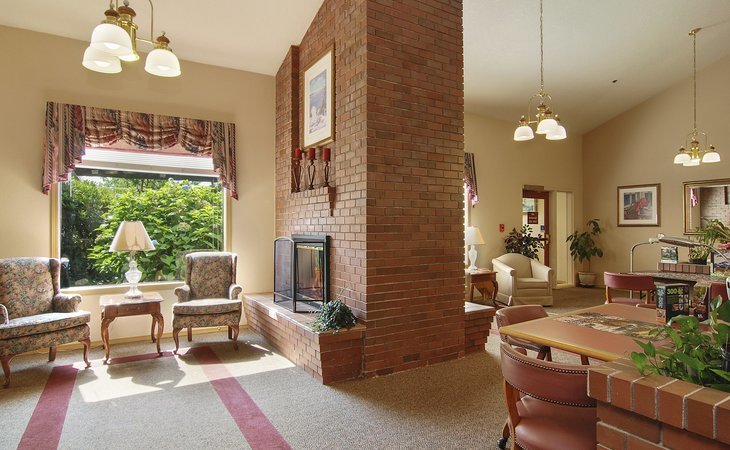 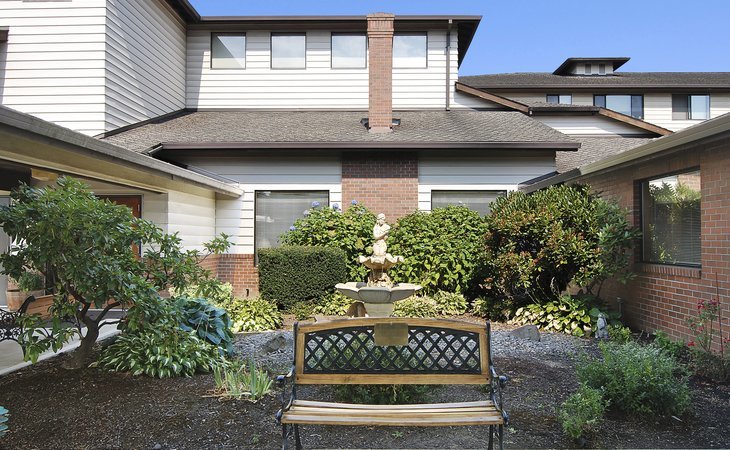 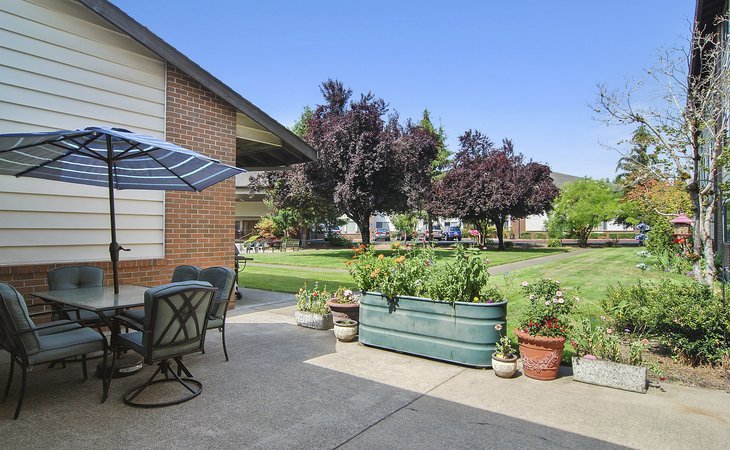 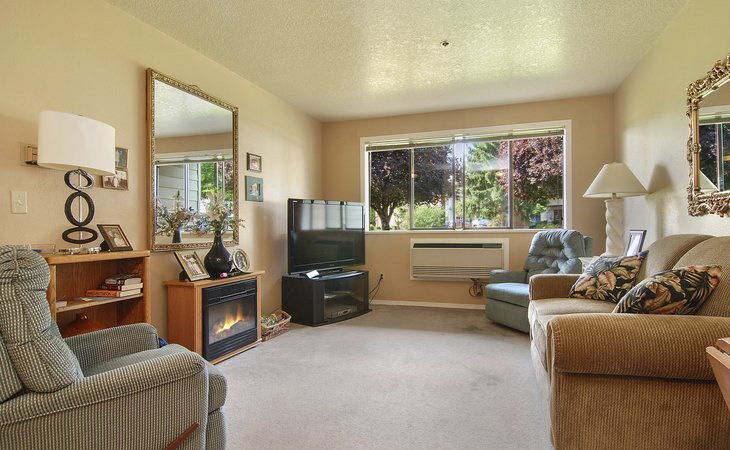 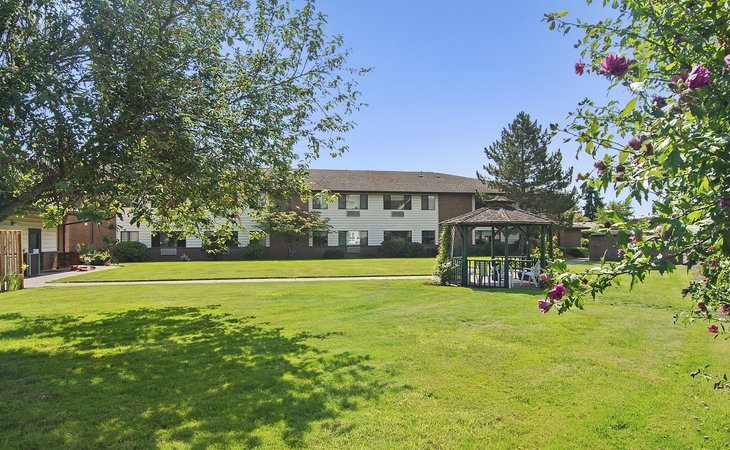 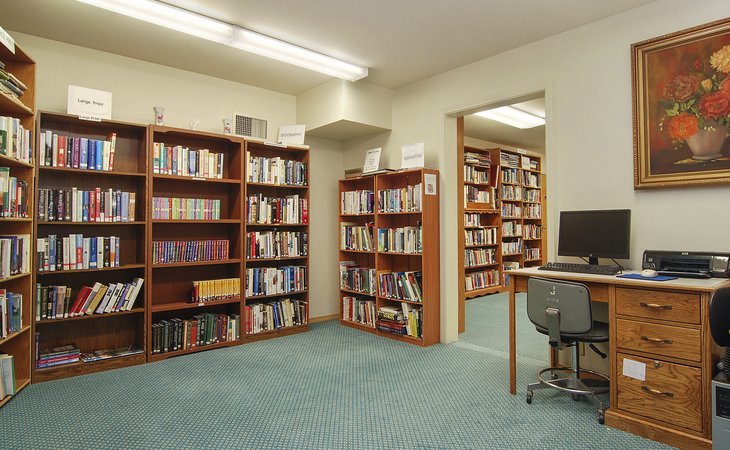 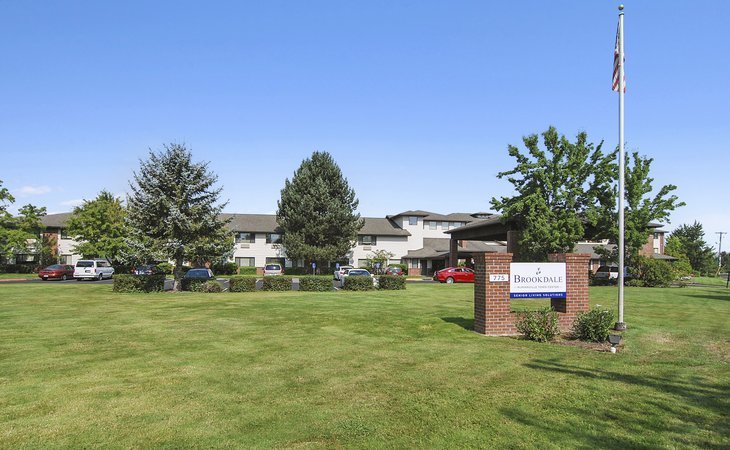 Brookdale Brookdale McMinnville Town Center provides a full range of choices for today's seniors. Choosing a senior living community represents a lifestyle choice and we understand that our residents are choosing much more than a comfortable living environment to call home. Our Brookdale community delivers Inspired Independent Living, with the promise of Exceptional Experiences Everyday. In choosing this community, our residents have made a conscious lifestyle decision designed to deliver enhanced opportunities for pursuing health and life fulfillment through the exceptional services, amenities and opportunities we offer. And, our residents can rest assured that as their needs change we provide a variety of ancillary services and a Personalized Assisted Living environment that encourages our residents to continue to live as they please while respecting individual preferences.

Our Optimum Life&reg and Celebrations programs provide an all-encompassing way of life that touches the lives of our residents, their families and associates alike. Optimum Life&reg is a journey of self-discovery including services, features and benefits that allow each resident to pursue their peak level of health, wholeness and fulfillment while balancing six key dimensions of personal wellness: emotional, intellectual, physical, social, spiritual and purposeful. As part of Optimum Life&reg we encourage our residents to celebrate life each day. Inspired dining and vibrant lifestyle activities come together in our Celebrations program filling the monthly calendar with themed experiences, special events and group activities that highlight different cultures and cuisines in a common venue of camaraderie.

Senior Living Communities near Mcminnville, OR

Other Senior Care in Mcminnville, OR

More Senior Care near Mcminnville, OR