The Village of the Heights 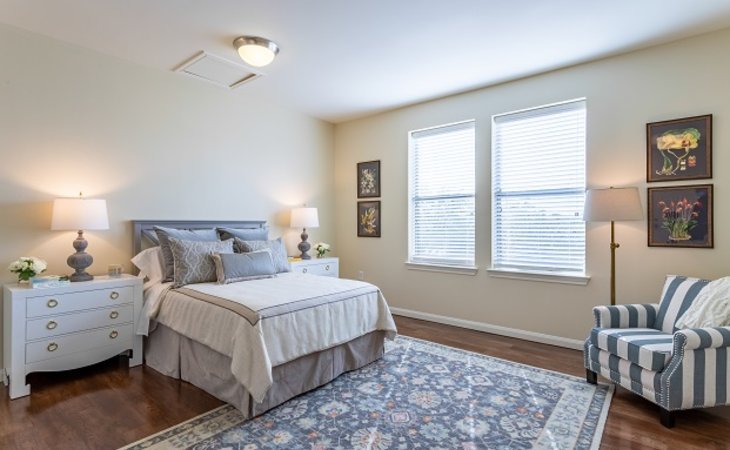 Reviews of The Village of the Heights

Assisted Living Reviews for The Village of the Heights

We toured The Village of the Heights and I liked everything about the place. It's just that it was too far away from my mother's church and she didn't want to drive in the dark. We saw the independent, but they are progressive. The guy who showed us around was super nice. They only had a very small library with very few books, which was important to my parents. They also have a small gym. They have two outdoor pools, one for the memory unit because it's a lockdown unit, and one for the non-locked down areas. The facility is super clean.

My husband has been staying in The Village of the Heights. He has been here for approximately four months. We had some rough patches adjusting to the whole thing but that’s behind us now, it has been satisfactory. The direct caregiving staff is very compassionate, very patient, and attentive. The more senior management is a little less, but it's mostly, I think, a staffing problem as far as insufficient staff, which we run into all over the country these days. The rooms are very nice and spacious. They are bright and sunny. They are maintained well, and they have kitchenette type set up. There are lots of activities. They also have a doctor on call that visits here twice a month, and the other two weeks are visited by his physician's assistant. The food is pretty good. They’re down from a five due to the institutional nature of trying to get everything ready at the same time. It’s not always hot off the griddle but it is tasty and good. It’s expensive here but it’s spending on the residents and not on the other things.

The Village of the Heights is a very nice community, but I was a little disappointed with the person that did the touring, mainly because I have the medical power of attorney, a durable power of attorney, and financial power of attorney for my dad. I got all three of them but she wouldn't even look at me, and she was addressing my brother more, who had no decision making in the process. I found that very offensive. For one, because she should have directed the conversation to me and not to him. It's not good. I had to tell her that toward the end of the tour. I said, "OK, you have a very nice facility, it's very clean, and very nice." I say that, "The nurses are very attentive to the patient's needs. I think the only issue I have is the fact that you're addressing my brother and he's not the one who's making the decision, I am. So, you need to talk to me and not my brother because it's me who is the one you got to sell. Not my brother." The place, overall, was nice. It's not a big community, which is fine with me. I don't need a huge community for my father, and I think he does better in a smaller community as opposed to a large community. The rooms are really nice, big, and clean. The one room that I put a down payment on to reserve had floor to ceiling windows and overlooked the downtown area. That was nice; I liked that. It was airy and open, and I liked that a lot of sunshine was coming in to brighten things up a little bit. They were getting ready to do the assessment, and due to my father's deterioration, I could almost say that it is going to be a level four care, the highest level. In this one, in particular, any additional care that is needed, or more attention that's needed for your loved one, is going to be tied down to the rent. By the time he would have gone to level four, I would probably be paying $5,0000 instead of $4,000. I can't do it myself, so that was the only issue that I had. The library, the arts and crafts room, and everything are very nice. Of course, you pay what you get.

The people at The Village of the Heights are great, sweet, and kind. It's really a nice facility. My sister says the food is good, but my mom complains about it. For the price, it should have had a pool, and their garden is only for the aged people that have memory problems in the locked down area, so my mom doesn't really have access to the garden, but she can come and go as she pleases. They have a lot of activities. After breakfast, the residents can stay busy the whole day if they are interested. They have parking.

The Village of the Heights is too expensive. They offer everything for amenities. They're like a millionaire's club, and that's all. They didn't invite us to eat there, but the rooms that I saw were fine. I spoke to the supervisor who showed us all the facilities.

The Village of the Heights is good, really nice, and clean. The rooms were fine. The activities seemed awesome. They were a bit expensive.

My mother went to The Village of the Heights for only six days. It was very nice, clean, and still looked new. They had other sister properties that were very nice also. I was impressed. It didn't have any smells, but sometimes the hallway would smell from emptying garbage as well as other elderly smells. The staff was friendly and very nice. She was too sick to really participate in activities, but there were plenty of things to do. The ladies were in a painting class one day when I was there. Another time when we visited they were honoring the veterans and they had a cake and plaques. It was a very nice affair they were observing. The food was very good. She thought it was so-so, but she was very picky. For a place like that, the selections were good, and there's a little something for everyone regardless of your taste. It's the best facility that I found.
See all Assisted Living reviews (8) See fewer reviews
Get Costs

Questions about The Village of the Heights

What programs or activities does The Village of the Heights offer to enrich residents' well-being?

What places are near The Village of the Heights or within walking distance for assisted living residents to enjoy?

Located in the charming historic Heights neighborhood, The Village of the Heights is conveniently located close to Houston restaurants & shopping, healthcare, and parks.

If The Village of the Heights accepts dogs or cats, what indoor/outdoor areas can they enjoy?

The Village of the Heights is pet-friendly and accepts dogs and cats.

Describe the neighborhood around The Village of the Heights. Is it located in a residential neighborhood, a business district, a rural setting, or other type of locale?

Located in the charming historic Heights neighborhood, The Village of the Heights is conveniently located close to Houston restaurants & shopping, healthcare, and parks.

Costs for The Village of the Heights

Photos of The Village of the Heights 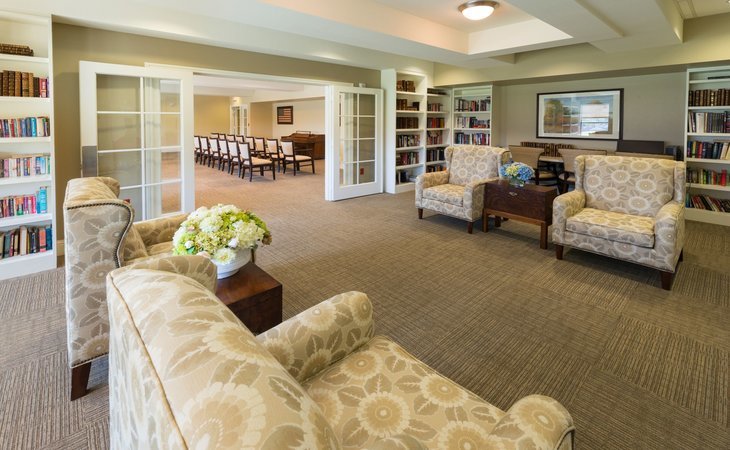 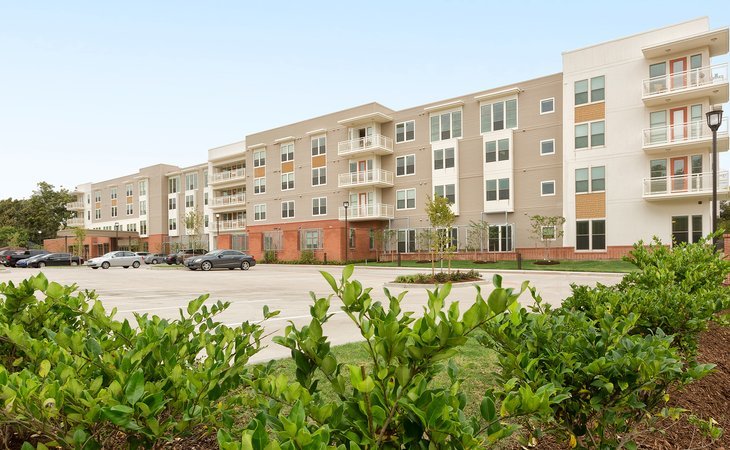 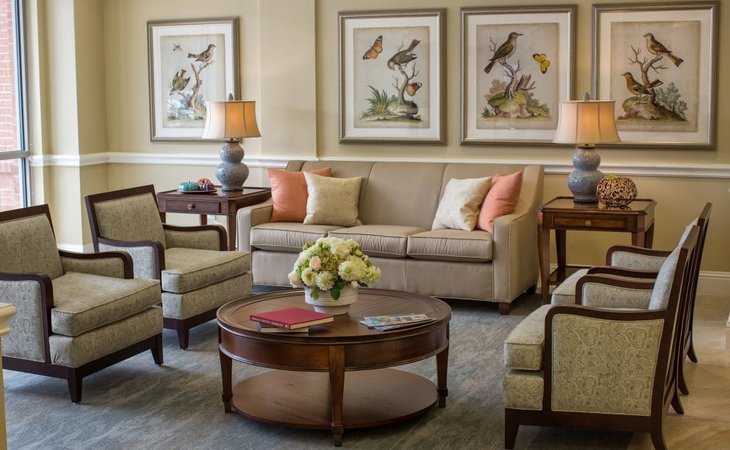 Services and Amenities of The Village of the Heights

About The Village of the Heights

The Village of the Heights is a new community in the historic Houston Heights. Very close to Downtown Houston, our residents can enjoy great dining, activities and a vibrant lifestyle.

Map of The Village of the Heights

Other Senior Care in Houston, TX