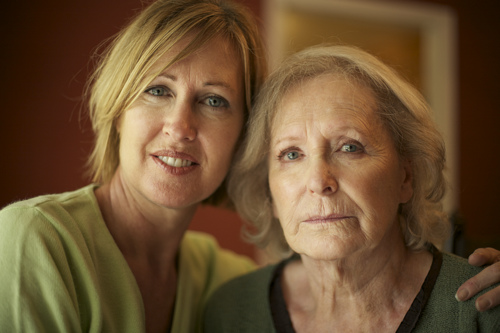 My mother is at Western Reserve Masonic Community. She's on the third floor right now and they have a guard house out, you can't even pull in the driveway. She has been there for four years and she has made some friends there. My sister moved her there in independent, and she's in assisted now. It's very large and I'm not a fan of that. My mom doesn't hear good and she only made some friends that sat at her table. They had bingo there and things like that, that mom was doing. They haven't been able to do anything lately. She's basically sitting in her room alone. They serve cold food because I guess since it's so big, by the time they get up to the third floor, the food is cold. When she would peek her head out of the door, they would yell at her. They have a woodshop for men and SilverSneakers kind of a thing where they do exercises whether you're in a wheelchair or whatever. They have a physical therapist, and when mom had broken her leg at one point, she was in the nursing area and they basically left her on her own. I'm not so crazy about that either. I would go to visit her and ask her, "Has anybody been in here or helped you to the bathroom or anything," and she says no. They're understaffed. She didn't really use any help and didn't receive any help from them. I'd say the staff was not so good if they don't check in on their residents. When she first went there, if you want to get in at all, you're on a list and you had to wait over a year to get in there. When she got in there, she had a 2-bedroom, and she didn't really need 2-bedrooms, but you had to take what they had or you couldn't get in. After that, she moved to assisted living and then she had a bedroom and a kitchen. They give them all their food and she didn't need a kitchen, so that's where she parked her power chair. The kitchen was a waste of space because they don't cook. The living room was small and the bedroom was a decent size, they had a shower, and we bought her a chair. I thought that when she turned into assisted living that they would check to make sure she was taking her medicine or not or if they would have somebody nearby if she was gonna take a shower and none of that happened. I was disappointed. When you're paying $4000 for a room, you really think that they should give you more help than they gave there. They were more interested in getting more money. If you want someone to bring pills in, then it's much more. By the time you'd add up a whole bunch of things, you wouldn't be able to afford to have her in a nursing home at all. The food is just so-so; it wasn't anything to write home about. I used to be able to go in and have lunch with her, and we'd have to pay for our own lunch. I don't really think it's a good building for anybody that's of that age when it's three stories and they got to take the elevator and there was a long walk to get to the lunchroom. When you're in your 90s and you're using a walker, you really don't want to go a long way to go get your lunch. They had a good party for Christmas and they invited a lot of people in and made it look like it was really nice, but it wasn't always really nice. The staff is not good. They played bingo and mostly it was run by other residents. It isn't like the facility ran anything. I'm not gonna give them a good rating because I'm not happy with them.

We found Western Reserve Masonic Community. Its a first-class living environment, attractive in appearance, and home in ambiance. Its exquisite. Theres indoor parking available. The building is enormous with two large wings and a center building. There are four floors, plus outside buildings, and you could actually rent a stand-alone home with its own garage. Other than the price, its a first-class place to be. The staff is friendly and professional. Weve eaten there a couple of times.

Western Reserve offered everything you could want. The staff seemed very nice, accommodating, and friendly. It was very nice, very convenient, and very well-located. They had a one-bedroom, a variety of two-bedrooms, and individual housing of various sizes.

Western Reserve Masonic Community covers multiple levels of care depending on what the resident's needs are, and it has a lot of activities. The place itself is relatively new and very nice. The staff is attentive and caring.

I’ve got myself signed up to eventually go into Western Reserve Masonic Community when the time comes. I was impressed as far as the cleanliness. My daughter was with me when they invited us to stay for lunch while they explained to us what they have to offer, and how things work. They didn’t have as many options available as far as walking trail or outside things to do. It was a small dining area; but you have a selection, and it's warm. They wanted to make you happy with whatever you selected. It was very nice. They were friendly. We went down to the therapy, and we were in several little areas. So, I thought it was nice.

My parents moved to WRMC assisted living a year and a half ago. I am a nurse (retired) and I have to say that I'm pleased with the care there. Like all facilities, there could be more staff to patient ratio, but the staff have been wonderful to my parents. The nurses and aides are very caring, and have been like family. I live in Iowa. The night my father died, the staff stayed with my mother while I was traveling back to Ohio, and kept in contact with me as I traveled. The staff gave loving support to both my mother and I at a time when we needed it. The dietary department have been exceptional at meeting requests for specific meals and snacks. From fresh fruit, to raw potatoes, to chef salads, and even buttermilk, all special requests that my parents (now just my mother) have asked for, they have received in a timely manner. Physical therapy were extremely helpful in helping us get electric scooters for my parents, and special beds. They handled all the insurance claims and training. The facility has been a wonderful experience for my family!

The building is very sharp looking. Went to see several in Medina before my parent selected this one. My parent moved into the assisted living area. It has been a disappointment. The menu and food lacks quality and nutrition. They need a nutritionist involved with the menu to insure the residents get the appropriate calcium, etc. into their diets. Breakfasts are mostly pancakes, waffles and liquid (fake???) eggs along with sausage and bacon. Not enough fruit, cream of wheat or oats served especially for breakfast. Special diets seem to be a task for the kitchen to accommodate. They should have a buffet option but they do not. The activity director position is inconsistent and a rotating door. While the basic activities remain in tact, many assisted living residents are simply left in their rooms rather than receiving help to get around. I do not see much encouragement or activities to develop or sustain muscle in the elders. The physical rehab room was also closed so now the residents will, I believe, need to obtain rehab offsite. For the price paid, I think the food could be much better, services could be more developed and the aides could do more to help the residents find an identity there. If your parent can move into the independent living area for awhile first, they may have a better experience.

I am in the Western Reserve Masonic Community in Medina. This building has independent living, assisted living, skilled nursing, and memory care; they got it all. I am in the independent living, and my wife is in the memory care unit. Before that, we were both in assisted living for almost three years. But she got to be too much for me. They have a monthly schedule that comes out, and there is something going on all the time. If anybody wants to do something, they can find anything they want to do. They have a lot of outings, tours, going to special places to eat meals, to shows, and to performances. They bring in groups regularly. They have their own fitness room with a full time fitness director. They have their own therapy rooms. It’s a good place.

This is, hands down, the best retirement community I have ever visited. Facilities include independent living, assisted living, nursing, and they are currently building an Alzheimer's unit. If you are accepted into this facility, you will have a permanent home; if a resident is unable to make payments due to lack of funds, they will not be forced to leave. Rather, the community assumes their debt and allows them to stay. The facilities are clean, the staff is friendly and welcoming, and the residents are genuinely happy.
See all Assisted Living reviews (9) See fewer reviews

Western Reserve Masonic Community is a very well-run facility. It's big and they have lots of options. They have good physical therapy staff and great physical therapy program. They work very hard and tried their best taking care of my dad.
Get Costs

Other Senior Care in Medina, OH