There are 5 Assisted Living Facilities in the Middletown area, with 3 in Middletown and 2 nearby.

The average cost of assisted living in Middletown is $2,900 per month. This is lower than the national median of $3,600.

Caring.com has helped thousands of families find high-quality senior care. To speak with one of our Family Advisors about assisted living options and costs in Middletown, call (855) 863-8283. 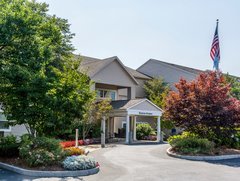 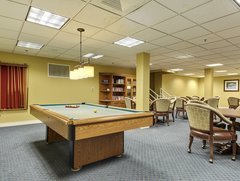 What to Consider About Assisted Living in Middletown

Middletown, which gets its name from its location between Newport and Portsmouth, has about 15,930 residents, and nearly one-fifth of them are 65 or older. Seniors may remember one of the town’s famous former residents, John Huston, who was nominated for ten Oscars during his five-decade-long Hollywood career.

To care for Middletown’s large senior population, there are two assisted living facilities in town, plus another two in the nearby communities of Tiverton and Portsmouth. The state’s Department of Health is responsible for licensing and inspecting these facilities.

Benefits and Drawbacks of Assisted Living in Middletown

Paying for Assisted Living in Middletown

Rhode Island’s Comprehensive Demonstration may help eligible seniors pay for the care and supervision they receive in Middletown’s assisted living facilities. This Medicaid waiver doesn’t pay for room and board. SSI State Supplemental Payments may be available to eligible assisted living residents.

Other Options in Middletown, RI