The Landmark of Fridley 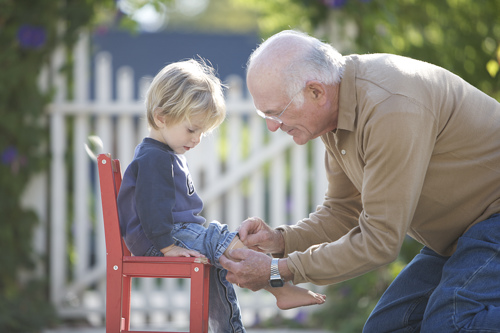 Reviews of The Landmark of Fridley

Assisted Living Reviews for The Landmark of Fridley

Landmark's Cold (and Misleading) Response to Family In Need Our mom and Landmark resident went to hospital few weeks ago – and was abruptly diagnosed with a terminal disease. Mindful that Landmark would offer no exception to its visitor ban during pandemic, we scrambled to remove mom from facility and divide care-giving for her so that she could see her family. That meant a sudden leave from jobs in the midst of an economic collapse. I sent letter to Landmark seeking to appeal to their compassion and high ethics, asking for a credit for final month’s rent when they provided us no service, for our family that has been ravaged by illness and financial distress. After a delay, Landmark’s executive director told me she was working on “financial piece” with my mom’s power of attorney, suggesting a credit was imminent. In truth, no credit was even offered, and exec director callously mislead me so that she didn’t need to directly refuse my appeal for help. Landmark had opportunity to step forward with kindness and professional decency - and instead ran away and hid, then made a heartless money grab from a family in crisis.

On the evening of 2/19, in my mom’s room at Landmark, I witnessed the following: - Male aide (I’m required to omit names), tasked with administering her evening pills, falsely claimed that two of her meds, crucial to her survival, were cancelled earlier in day by her primary doctor. - Landmark’s director of health services initially agreed with aide, then was forced to admit the mistake but offered no explanation, apology or even a hint of empathy. - Worse yet, she initially refused to speak with me, promised to call my sister/p.o.a but then refused, and abruptly disconnected the phone. Amazingly, their reckless medication error was not the only one that day: - In morning, female aide mistakenly gave evening-only med to my mom, then as a correction, instructed male aide NOT to give med in evening. But he either didn’t receive her communication, or failed to see it, and had planned to erroneously give med a second time in day. - When I asked male aide to verify whether med was given in morning, he falsely claimed that NO meds were given to my mom. I e-mailed a detailed complaint that evening to Landmark’s executive director, and absent a response, a follow-up the next evening. - On morning of 2/21, in phone conversation, executive director promised to send a written response explaining why these reckless errors occurred, and how they will be safeguarded from happening again. - Only one hour after her promise, in a stunning reversal, executive director stated in e-mail that Landmark had already “completed” an “internal investigation” on 2/20, had reported results to my sister and would offer no further comment. - Landmark’s claim is provably false, as executive director told me by phone that she didn’t receive my complaint until morning of 2/21 – one day AFTER she claimed to have conducted review. If you choose this facility, I urge you to be vigilant in supervision of their conduct, and do not expect cooperation from management.

The Landmark of Fridley was a brand new facility, and it was quite lovely. I like it because they had apartments for residents who can pay out-of-pocket everything, but then they also had apartments if you don't have enough out-of-pocket money. If you're getting Social Security and that's all the income that you have, you can file to spend less. You have to fill out paperwork, and the apartment will go down depending on how much money you make or you have. The staff was wonderful, and they did show me two different apartments, both of which were very spacious. You can have a full kitchen or a kitchenette, and then you would go down to the dining room for your main meals.

The Landmark of Fridley was fairly new. It's a three-story, and it is very well kept too. Some of the units have balconies. The staff seemed very attentive and very nice. The location is in towards the city and more close to doctor's offices and to shopping. The facility itself was perfect. It looked brand new. Everything looked nice and clean. The dining room just sparkled, and it looked so inviting. Everything was perfect as far I can see. I looked at a small apartment that had a balcony, and it looked like nobody had ever lived in it. With their apartments, I could find nothing wrong with any of them. They were excellent.

The Landmark of Fridley was very nice. It looked like a lovely facility. It was only a year old. It was also very similar in layout to the other facility. The staff was friendly. Their rooms were comfortable. The dining area was very nice and very beautiful.

We visited one of our friends at the Landmark of Fridley. It was nice, I liked it. It had some character. The rooms were nice, the people were very helpful, friendly and informative. It was a good experience.
See all Assisted Living reviews (6) See fewer reviews

Memory Care Reviews for The Landmark of Fridley

My mom is now at The Landmark of Fridley. I would give this community a 100. They're awesome. My mom is in the memory care unit. They're still doing the COVID thing. They actually have a section where they bring them out, and we can visit through her gate. She is doing wonderful. They have activities for them, they have their own rooms, and they do their laundry twice a week. They come in to help clean up the rooms, but of course my mom is still independent, so she probably cleans her own apartment. The food is good.
Get Costs

Services and Amenities of The Landmark of Fridley

About The Landmark of Fridley

Map of The Landmark of Fridley

Other Senior Care in Fridley, MN