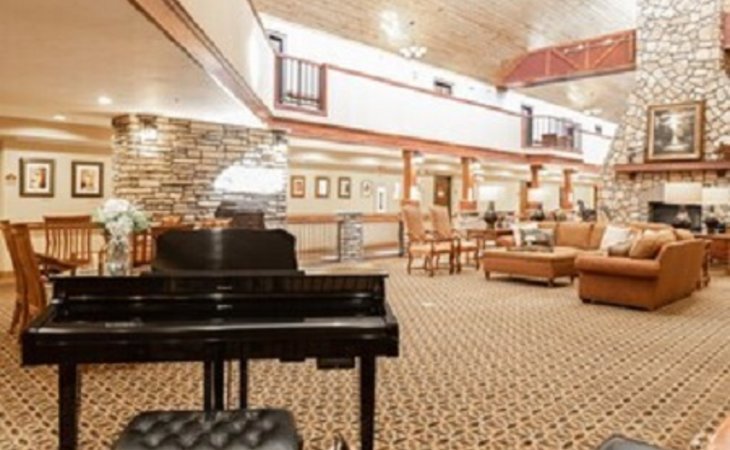 My mom was first in an independent place and then she moved into an assisted living room at Garden Plaza of Valley View. I think the staff was very friendly, attentive, and paid a lot of attention to the residents. They have really good meals. You don't have to sit at the same table. They have so many places where they can move around. They have activities and a bus to grocery stores. The facility is really clean inside. The dining room is a nice size, and there's like four people to a table. They have an outdoor area where you can walk around outside, and some patios with gardens. They have a piano in there, and they bring in music. They have a big choice of rooms, a studio apartment all the way to a two-bedroom.

This is a beautiful facility, but what impresses me is the personal touch that happens with your family member from the time you walk in the door. From the top down, this staff actually cares. Administration is hands on and fully committed to your best care.

My overall impression of Garden Plaza of Valley View was very good. The rooms that I saw were remodeled so everything was new inside. It had new carpeting and was very clean. They had a lot of activities, like shopping tours, card games, bingo, and exercises for the residents.

My father-in-law went into Valley View a little over a month ago and had skilled care for a month, and then mom moved in about 10 days ago. They are in a one-bedroom assisted-care now. The staff is smiling, the place is clean, and my father-in-law says the food tastes fairly good. The dining room is more of a restaurant-type area, and the tables are round, so there is really no one at the head of the table, which puts everybody on a kind of equal footing. They do have a lot of activities, like planned bingo and that type of thing. My mother-in-law, with dad being kind of a shut-in for the last three or four years, was never able to go with friends or do anything, so now she says, “You’re OK now, and I am going to play bingo.” And I really think that that has really helped her immensely, because she is not his total caregiver when they’re at home. Not a lot of the facilities have the ability of skilled care, and this facility, even though it is costly, did have the option to have skilled care for that month when he got out of the hospital. Had we picked some other place, they wouldn’t have already established the rapport. When they have a vacancy, they go in the room and paint all the walls, and then they do a thorough cleaning, but also pad in all new carpet every single time, so you don’t have to question, “What’s on that carpet?” As you’re coming in the door, to the left there’s a little kitchenette with a microwave, a little freezer, and a little larger refrigerator, so they can eat breakfast in their room if they want to and have a little snack. If dad wants toast, they could make toast or that type of thing. They can’t do any major cooking, but they’re 86 and 87, so they kind of like other people cooking for them.

My visit at Garden Plaza was extremely nice. The rooms were a little bit better than adequate, they have a living room, a bedroom, and a bathroom.

I have visited Garden Plaza of Valley View and it's really great. I've eaten there; the food was great. I'd been in the rooms. The size of the rooms is very, very nice. We have two aunts there that each has an apartment of their own and they're both very adequate for what they need. They have a wonderful, wonderful area for television or puzzles or library. They have a room that even a great group of family can come and visit and eat in there if they need to. They have very, very nice facilities for dining. They have activities. It is a very nice place. There are several different buildings all on the same campus. They're clean and up to date. Everything is nice. It's not overly modern because it's older people there but everything is fresh, new and nothing run down, nothing dilapidated or needing repair. The staff has been very nice. My husband's uncle was having a problem and we were there trying to help and they were great. They had to eventually move my husband's uncle from the facilities because he became Alzheimer's that they couldn't handle at the assisted living place. When we were there and problems arose, they handled it very well. They were very kind and treated everybody with respect.

Grandpa was at Valley View. They're friendly and they welcome visitors. I think it is very comfortable and very friendly. You feel like you belong in a small community. The staff is very helpful and very concern. If grandpa didn't come down for lunch or if he missed a meal, they were there within half an hour knocking on the door using their pass key and check on him. They really try very hard to involve people in activities. Their activities are scheduled two days a week. They don't have it every day of the week. The dining room area is so much nicer. They have good food.

My sister and my dad looked at different places, the nicest one they found is Garden Plaza Valley View. The whole facility is beautiful. The staff is very nice and friendly, very concerned of how he was and even the residents too. He likes his room a lot. They were able to get it at a better discount because it doesn't have a view of the mountain but sunshine still comes in. I did not try the food but my sisters did and my dad is very happy with it. He had a terrible appetite when he moved in but since then he has put on some weight. They have all kinds of activities. On Holidays, there's a choir and a band, the college foot ball team was there and they had snacks and drinks. For New Year's Eve there was a party. They also do trips once a week to different grocery stores, go to a local casino once every quarter, church services, flea shop, card games and an exercise room where he participates in. He always calls me and says "I've done this, I've done that". I'd go there if I'm old enough.

I have friends that live at Garden Plaza of Valley View. I come over at least once a month and we have lunch with our other friends and play Bridge there. Everyone seems so happy living there and we are always greeted so warmly by all the staff. We plan to be living there one day soon. It is important to me how other resident's and my friends feel about living there and they all just love it-especially the food which I will say is delicious with all the choices on the menu, and all the activities sound great too. My friend's apartment is lovely as well.

By Not impressed with Garden Plaza staff

Beautiful facility and good food, however, I would not recommend it. The bathrooms have tubs that are an a cheap tub with a notchout, slanted at the back. An accident waiting to happen if a bench/chair is needed or not. Sales staff and management debated us about it, were rude and didn't seem to think that the 1970's kitchen hardware and light were a problem. Definitely not worth it for the price they charge. Disappointed with the entire sales process.

Garden Plaza was beautiful and clean. The rooms were really big. The staff seemed really nice. However, it was out of our price range.
See all Assisted Living reviews (11) See fewer reviews

I live in the independent living part of Garden Plaza of Valley View. We have independent living and assisted living here. The staff is very friendly and helpful, and I have enjoyed being here. The community is very nice. This is a beautiful facility and it's kept up well. If there's a problem, you just report it and they take care of it. The food is really good. It seems like we're fed well. It's very well-prepared and tasty. There are many activities here. The ones I've participated in are the painting class and the ceramics class and that's been a lot of fun. I think it's a good value for what I pay. It seems like it's quite expensive, but anywhere I looked was very expensive at my age. I appreciated the walk-in shower. When I was looking at places, I wanted to have a walk-in shower and I wanted to be able to take my queen-size bed and this place could accommodate that. In a lot of the places we looked at, the bedrooms were so small I couldn't have taken my bed.
Get Costs 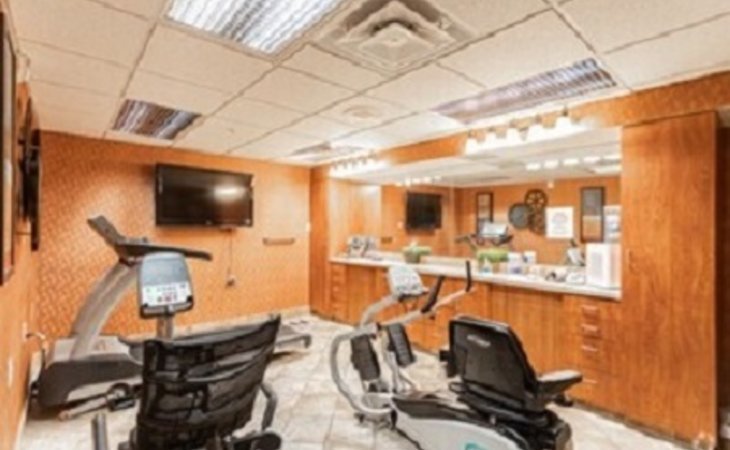 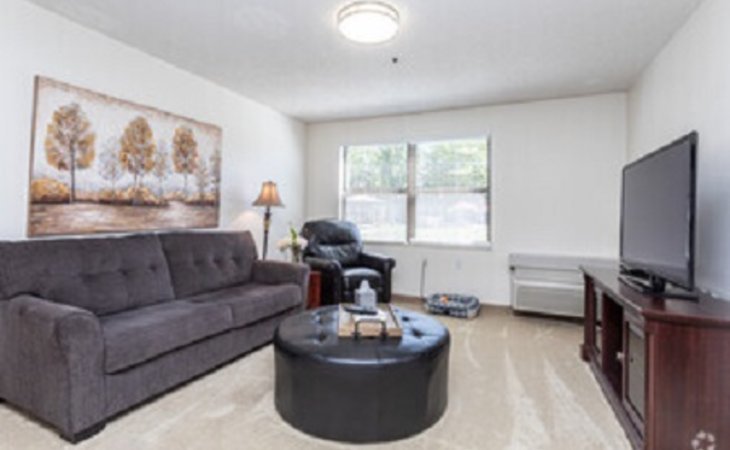 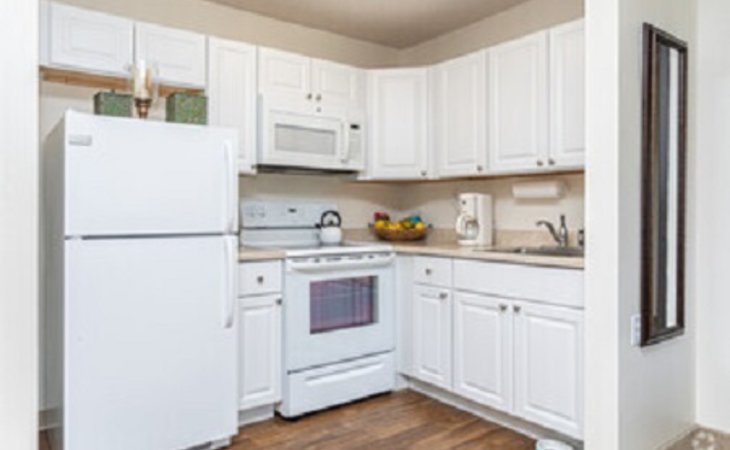 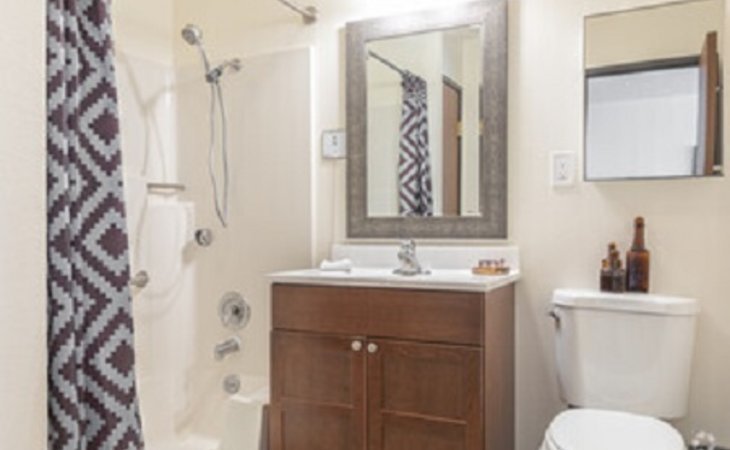 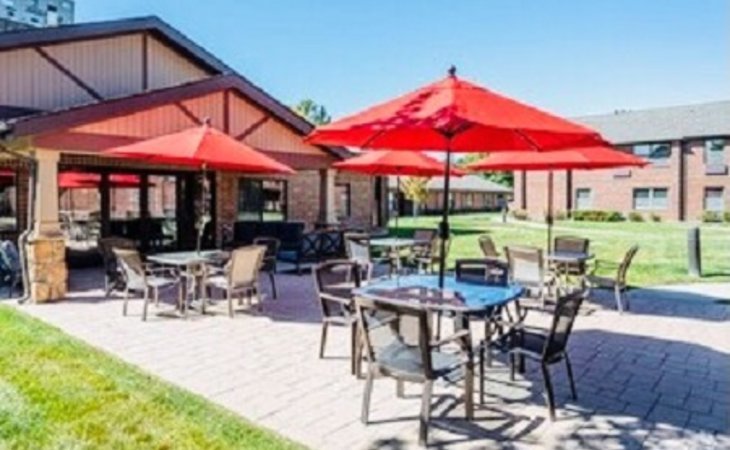 Services and Amenities of Garden Plaza of Valley View

About Garden Plaza of Valley View

A Tradition of Excellence at Garden Plaza of Valley View means a luxury retirement lifestyle with the classic Idaho Lodge appeal.

Our independent community is designed for older adults who want to remain active and engaged in life during retirement and are ready to relinquish daily tasks of home maintenance.

Now, residents can have more time and energy for the things they really enjoy. Our activities will provide ample opportunity to create new and lasting friendships, pick up new hobbies and explore the beautiful outdoors, in the City of Trees.

Other Senior Care in Boise, ID