There are 3 Assisted Living Facilities in the Henderson area, with 2 in Henderson and 1 nearby.

Caring.com has helped thousands of families find high-quality senior care. To speak with one of our Family Advisors about assisted living options and costs in Henderson, call (855) 863-8283. 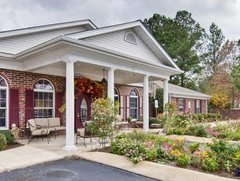 What to Consider About Assisted Living in Henderson

Henderson has about 6,300 residents and a large senior community that accounts for about 14% of the population. These seniors are served by the Chester County Senior Center, which is situated in the heart of Henderson and offers a wide array of activities like bingo nights, nutrition education, potluck dinners and trivia nights.

Benefits and Drawbacks of Assisted Living in Henderson

Paying for Assisted Living in Henderson

Henderson seniors who qualify for Medicaid may have some assisted living expenses covered under the Medicaid 1115 managed care Long-Term Services and Supports program.