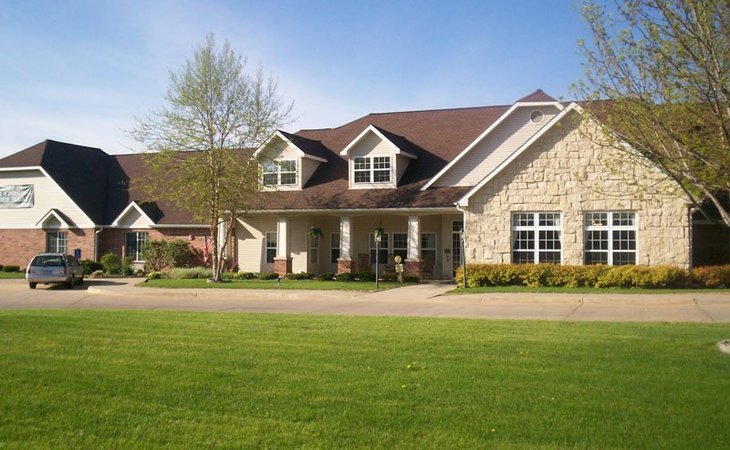 Reviews of Bickford of Cedar Falls

Bickford of Cedar Falls' rooms are adequate and seemed nice. They had a rec room and a TV area. The dining area seemed alright, and the staff seemed pretty decent, friendly, and caring.

Bickford of Cedar Falls is very nice, but they were way too overpriced for what you get with their rooms. They were OK, but I don’t think they're equipped for elderly people as far as not including a refrigerator in the room, just a small one down the hall. The place was beautiful and clean, and the staff was very friendly. I was not able to eat there, but I saw the beautiful dining area wherein you order your meals off a menu. I didn’t see a lot of activities at the time of my visit, but they had a lot of activities scheduled.

My dad is at Bickford. We like the clean feel about it and the location. They’re doing a good job. They help my dad with everything that he needs, like taking a bath and going to the bathroom.

My mom is in Bickford Cottage, and it is a good place. She has been there for two or three months. I like that it is clean, the staff is nice, and they do a lot of activities. There is a little courtyard in the middle of the building. The building is locked down, and they cannot get out. She is doing fine, and they are taking good care of her. The food is good. They have a little menu every day and ask them what they want. The serve them like a little restaurant style. That's why they think they were in a restaurant.

I chose Bickford Cottage because it was something close to where I live, and it was comfortable for my father. It is very clean, and the people that work there are really, really nice. I am absolutely satisfied.

Bickford of Cedar Falls was just fine, I don’t have any problems. The staff was very friendly. The lowest costs of rooms were very small, and as they went up in price of course they got bigger. The bathroom seemed like they were room maneuver for somebody. They brought us some snacks, and that was good. I think they have a lot of activities, and the residents that I saw seemed to be active and happy.

By A loving daughter1

My father's health declined after my mother passed away. Eventually, he was unable to stay in his home due to safety reasons. His doctor recommended we find an assisted living facility in which he could reside. We checked into several local places, but because of his declining mental state we felt he would be safer in a locked, monitored facility. Bickford Cottages was the most friendly, comfortable, homiest place in the city. In a tour of the building we were convinced dad would get the best care, both mentally, physically and medically at Bickford. Granted it is not cheap, but each resident has his/her own apartment with a separate bathroom including a walk in shower;, a small kitchenette with a fridge, microwave, sink and storage; a sitting/living room and a bedroom. We provided his furniture from home so he would be using chairs and beds with which he was familiar. Each apartment has its own heat/air conditioning control, so residents may keep their environment comfortable. The facility is set up around a central courtyard where residents can spend time outside, work with plants, and walk their pets. Yes, pets are allowed at Bickford, so the residents do not have to give up a lifelong companion. There are meals served in a common dining room three times a day, if dad wanted to cook his own meals he could or he could choose to have his meals delivered to his room when he wasn't feeling well or didn't feel like socializing. Family members could eat in the dining room for a meal fee or plan a family meal in a private dining room off of the main social area. Bickford evaluated my father upon his arrival and set up a care plan. They have tiered levels of care which increase as a person's health declines. There is a full time nurse on site or on call at all times. Workers are trained in health care and can be called upon to help at any time. Medicines are monitored and distributed, so residents don't forget their daily medications (a common problem with my father.) Although we were able to provide transportation for medical appointments, Bickford will provide that service if necessary. When my father started using a Foley full time, the staff helped him clean and maintain the sanitary conditions necessary to prevent infections. The staff also provided regular written and phone updates on my father, so I knew how he was doing even though I lived out of town. They were very prompt in returning calls and sharing information. Care at Bickford also includes basic laundry services, cleaning, a barber and hairdresser on site, activities to provide physical and mental stimulation and lively social interaction. When my mother passed on, dad found himself alone a majority of the time. Even though I wanted him to move in with me, he did not want to leave the town he had lived in for so many years. Once he moved into Bickford, he made several new friends and would tell me about them on a regular basis. After my father passed on, I visited with several residents he had gotten to know and they shared fond memories I was able to cherish. The security at Bickford is very reassuring. Family members are given the code to the front door and are welcome to come and go at all hours. Residents, however, are supervised and if the family deems it necessary for them to have supervision when they leave, the residents are not allowed to leave on their own. That is dependent on an agreement between the staff and family. With my father's dementia, we were afraid of him wandering off and getting lost. As a result, he was only allowed to leave with one of us or friends that would be responsible for his return. He was required to sign out and back in each time. There were even times I took him to our summer home in Northern Wisconsin for the summer and the staff members were more than willing to help him get ready and settle back in on his return. Over all, I was extremely impressed by the level of care, concern and professionalism at Bickford Cottages. I would willingly recommend it to any one looking into assisted living facilities. The staff is friendly, understanding and very good at communicating with the family. All aspects of the care are excellent.
See all Assisted Living reviews (7) See fewer reviews
Get Costs

Costs for Bickford of Cedar Falls

Photos of Bickford of Cedar Falls 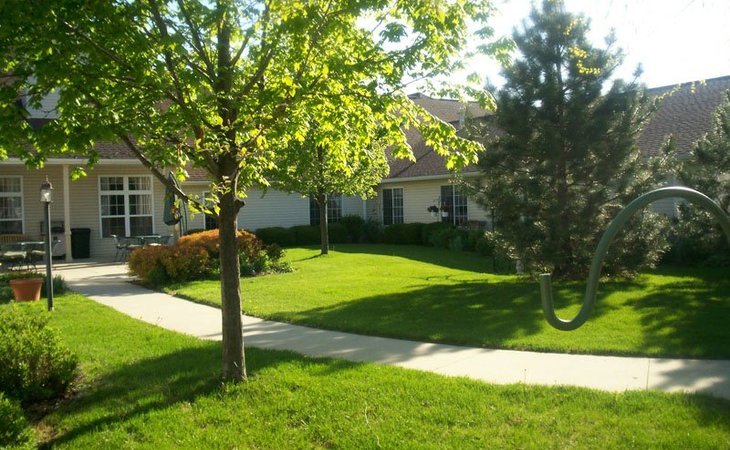 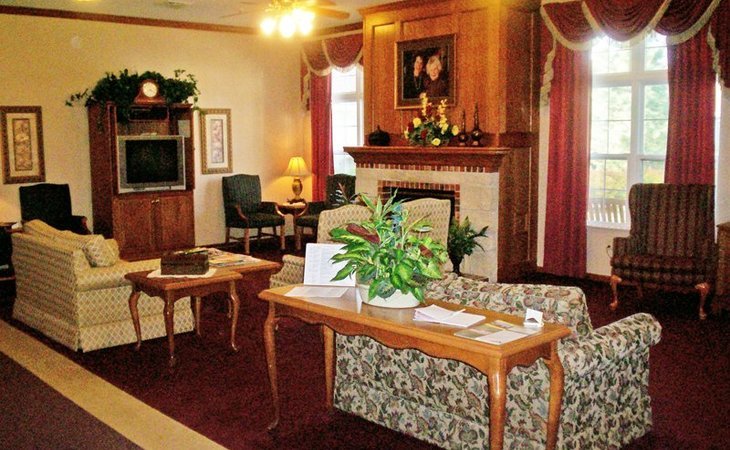 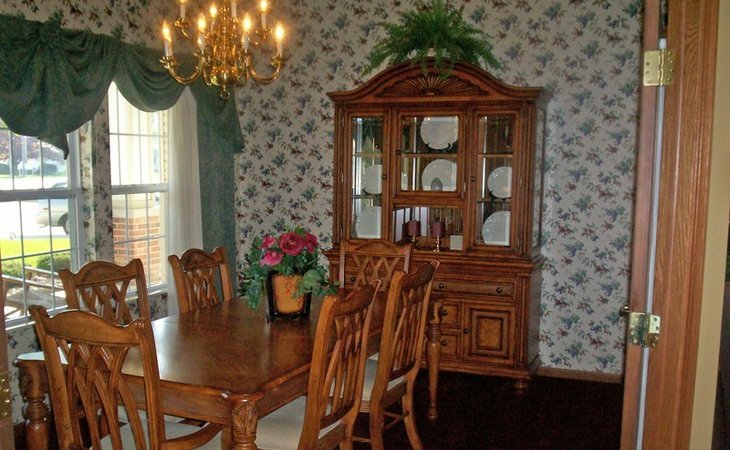 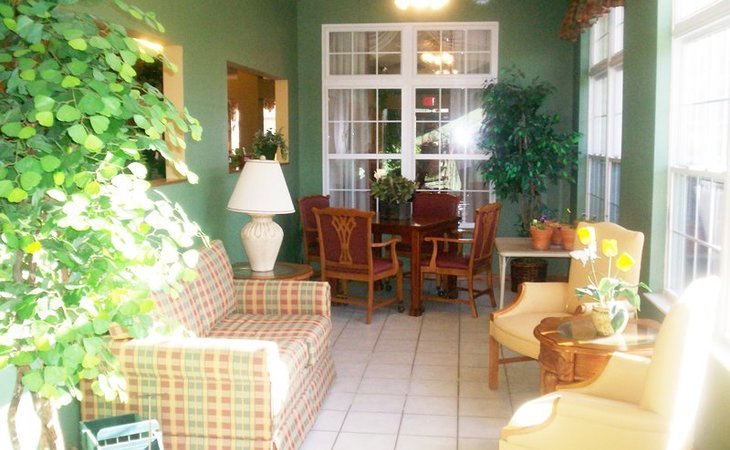 Services and Amenities of Bickford of Cedar Falls

About Bickford of Cedar Falls

Nothing can replace home - this we know at Bickford of Cedar Falls. The smells that waft through the open door, the tattered edges of the overstuffed chair in the living room, the faded photographs on the mantle, the memories...lifetimes are built on these things; happiness dwells in them. At Bickford of Cedar Falls assisted living in Iowa, we don't ask you to give up your home, your treasures, your memories. Instead, we want you to bring the pieces of the home you love into our Iowa assisted living community and make it yours.

Map of Bickford of Cedar Falls