There are 4 Assisted Living Facilities in the Warren area, with 2 in Warren and 2 nearby.

Caring.com has helped thousands of families find high-quality senior care. To speak with one of our Family Advisors about assisted living options and costs in Warren, call (855) 863-8283. 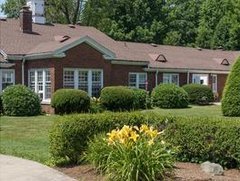 The Suites at Rouse

What to Consider About Assisted Living in Warren

Warren is the county seat of Warren County and has about 9,000 residents, nearly one in five of whom are age 65 and over. These seniors are eligible to receive an array of services and participate in a variety of activities at the Allegheny Community Center, which is the local senior center. Here, members participate in exercise programs like line dancing, painting classes and educational seminars.

Benefits and Drawbacks of Assisted Living in Warren

Paying for Assisted Living in Warren

While the state doesn’t cover assisted living services in Warren through any publicly funded programs, seniors who draw Supplemental Security Income may use this benefit to cover some assisted living expenses.

Other Options in Warren, PA