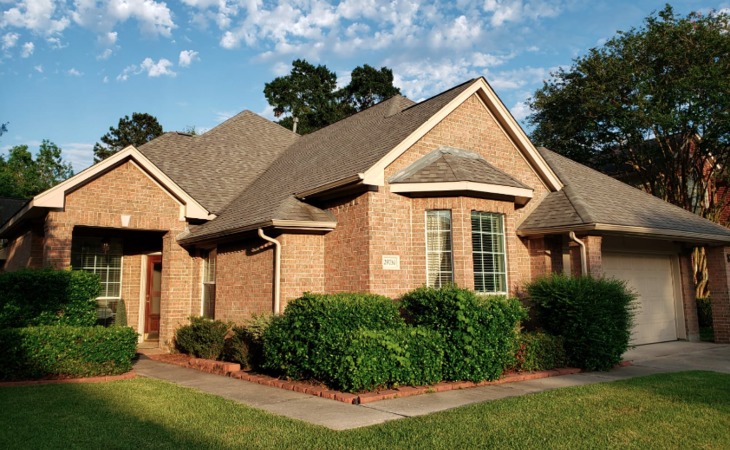 I took my Mother-in law to see this place & 2 other homes, we both were very surprised to see that everyone was very helpful, polite & experienced. The homes was very clean & had a lot of activities for the seniors. We are definitely planning to keep my Mother-in-law there. I highly recommend this homes in Houston Texas.

My husband moved into Ultimate Care by God's Angels. It's excellent because it's small. I didn't want to put him in one where there's a lot of patients, because I wanted individual care, and he's getting it there. The main person who works there, she does the cooking and patient care. She's very positive and uplifting and cooks excellent meals. She really takes an individual interest in each of the patients and develops a close rapport with them. I think that's important. They're very clean. He's wearing adult diapers, so it's important when they have to be changed so he's not laying around in them for two/ three hours until somebody attends him. So, the sanitary business was a concern to me, but they handled it excellently. The only gripe I have about it is they have direct TV there, and the thing hasn't worked like for four days, and I'm really getting tired of it, because he wants to watch cable news. He's very interested in what's going on in the nation, and he's real frustrated about it; so that's the one thing I'm not happy with. I haven't tasted the food, but she's cooking fresh meals in the kitchen. We've gone, and it smells so good. He wasn't eating very well before he got there. I went the other night when he had supper and he ate it all. So, I find out from her whether he's eating his meals or not because he lies a lot. That's part of the cognitive system failing. Some days, he'll gripe about everything. They have a lady that does the housekeeping there, that's all she does. There's no dust; she's told by the main woman that does the cooking and patient care. There's no dust on the base boards around the room, and there's no dust on the furniture. He's got a bureau or an end table, and everything's kept clean; no garbage cans overflowing. It depends on what you want to pay for them. The rooms are not all the same size. This is a private home that's been rehabbed to make four bedrooms in it. They have a huge living room, a huge kitchen, and a huge bath. A lot of the patients have to be bathed in bed. They don't have the physical ability to get up and be bathed, but they do that. You don't have to move them if you want to put them in a hospice situation. He can't very well play bingo with one person, and he's blind in one eye. So, he's not much of a participant, and that's why he enjoys his television, so I'm pretty disgusted that direct TV doesn't work. They gave me a price, and I have to pay it, or he doesn't stay there. There's a three-tier system, so the government may be helping defray some of these rental costs per month. It's only that I had to pay to have a bariatric bed put in because he needed that. We could have brought his own bed, but he's one of those that always rested in his big recliner; it's a power thing. They said he needs to be in the bed. I was pretty disgusted how much that cost me to have that bed brought in, from an organization through Encompass Care, where he came from. They did have a bed there, but it wasn't long enough. His legs reached too far to the end of it, so that didn't work. He needed a bariatric bed, and then Medicare will pay for it. There are guidelines; you have to be 350 pounds or more. They don't care how long you are, and he doesn't qualify weight-wise. So, after all this money I spent getting that bed in there, they want to charge me monthly rent. I told them I am not paying it, and I haven't heard from them, but the VA has a new bariatric bed on order for him. He is going to have occupational and physical therapy coming in to work with him. It's too hard to tell in a week, because you're making a lot of adjustments. The main caregiver's getting used to working with him, and he with her. He's hard of hearing, so that makes it kind of rough, and he's blind in one eye, so he really has to concentrate. He hasn't been frustrated, he's positive about it, and says everybody here is doing the best they can; he appreciates that. He's probably in the early stages of dementia; things change on a day-to-day basis with him. I'm not sure how they'll handle it, but I've never had a call saying, "Well, can you come and visit him? He's getting out of control." That's their job, to take care of him, so I'm impressed. They were able to get him up, get him bathed last week in the shower, and that impressed me. Even if he goes in a hospice situation, he can stay there, and I appreciate that. He doesn't have to be moved, because you do get dementia. It's really bad to move them around and put them in new surroundings, that was one of the reasons I wanted a place like that. The less he's moved, the better off he is.

Visited this facility, a very clean environment. The caregivers are very nice and the staff is very knowledgeable.

This is the 3rd home and we wish we had found it first. The staff are everything in a place like this and at the home they are exceptional. Smiling engaged and polite to all the relatives and kind, caring and in some instances full of love. Always treated with respect and as a member of the family. Would highly recommend.

We truly appreciate you taking the time to give us feedback. We strive to give detailed attention to our residents and their families and friends. Your feedback is valuable as we add quality to our care for the elderly. Thank you again. We love to take care of people and are happy to be able to serve your family member. Sincerely Shyrose

Very clean and pleasant environment. Staff is knowledgeable, friendly and sincerely caring. The quality of life is quite positive compared to other similar outfits.

Visited the facility and found it to be very clean and well maintained. The staff I spoke with were very knowledgeable and Professional. Would recommend to all.
See all Assisted Living reviews (7) See fewer reviews

The professional, kind, caring staff and administration provided the best of care for my husband in his last days. God' Angels was an answer to our prayers. Every time we had a question or need, they responded with empathy. They went above and beyond, even helping my husband and I celebrate our 60th anniversary. It is of great comfort to our whole family that he was so well cared for by people who are true friends.

Dear Sharon We want to thank you for trusting us to care for your husband. It was indeed a pleasure serving him and the entire family. He was a great man and had become part of our family. I am certain he has a good spot in heaven. We pray for his Soul to rest in eternal peace. Please do let us know if we can be of any assistance. We are here to help.

What ongoing training does the staff receive in dementia care?

Our senior staff are all Certified Dementia Practitioners. Managers and caregivers get ongoing training in Dementia and Alzheimer's care.

Describe the overall population of assisted living residents at Assisted Living and Memory Care – Ultimate Care by God’s Angels . What is their average age? What are their favorite things to do?

We have a total capacity of 6 residents in each of our 3 beautiful houses in Spring and Woodlands TX area. Average age of our residents varies but we cater to all age groups. We have some residents in their mid-50's and some go up to mid-90's. Their favorite things to do are to participate in activities.

What programs or activities does Assisted Living and Memory Care – Ultimate Care by God’s Angels offer to enrich residents' well-being?

What places are near Assisted Living and Memory Care – Ultimate Care by God’s Angels or within walking distance for assisted living residents to enjoy?

We liaison with a transportation company that offers residents affordable service.

What makes the chef or dining program at Assisted Living and Memory Care – Ultimate Care by God’s Angels exceptional? What kind of menu can assisted living residents expect?

Our chefs can cook many varieties of foods including kosher, low-carb, sugar free - depending on the needs of residents.

How does Assisted Living and Memory Care – Ultimate Care by God’s Angels keep residents' families informed about their loved ones?

We communicate via emails, phone calls or text messages - depending on the preference of resident families.

What is the care staff-to-resident ratio at Assisted Living and Memory Care – Ultimate Care by God’s Angels during daytime and nighttime hours?

We try to maintain 1-3 staff-to-resident ratio. In some cases, we have 1 to 2 ratios depending on occupancy levels.

If Assisted Living and Memory Care – Ultimate Care by God’s Angels accepts dogs or cats, what indoor/outdoor areas can they enjoy?

We currently do not accept dogs or cats.

What ongoing senior care training does the staff receive?

Our caregivers are trained by a 24-hour available RN and we partner with Home Health and Hospice facilities in the area providing excellent medical advice and responses.

How many staffers are on duty in the daytime and overnight?

It varies according to occupancy - which is a maximum of 6 per facility.

What safety features or security measures does Assisted Living and Memory Care – Ultimate Care by God’s Angels provide to protect residents who wander?

We have entry and exit buzzers as well the doors being always locked. The buzzers will make the caregivers aware that someone is around the perimeter.

Assisted Living Homes by Ultimate Care is an assisted living facility that provides premier assisted living and senior care in Spring and The Woodlands, Texas (TX) area. We are committed to a hands on approach in providing the best possible care for our residents. Our caregivers receive continuous training to meet each residents’ physical, mental and spiritual needs. Our mission is our passion for excellence, quality and most importantly “Life”, to provide individualized care to each of our residents with the utmost dignity and respect.

We understand that not all of our residents require the same care, which is why our residents enjoy customized care and assistance from minimal to total care with activities of daily living, such as bathing, dressing, grooming and incontinence care. Our staff of loving, caring caregivers are always close at hand 24 hours a day to assist with any of our residents needs. A nurse is on call 24 hours per day, visiting Physicians are available, as well as Physical Speech and Occupational Therapies through Home Health Agencies.

Other Senior Care in Spring, TX