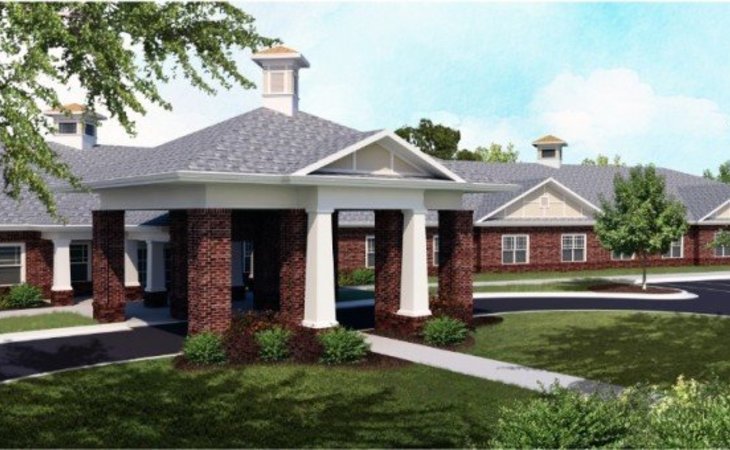 Chatham Ridge is a beautiful place. It is relatively new, but the rooms are not big. They're all single-rooms so you don't have an option of getting a bedroom and a living room area. They have one that is slightly bigger that has a little refrigerator, a microwave, and a countertop with sink, but it's not a whole lot bigger than any other room. That was the only drawback. The staff seems friendly. They're talking to all the clients. In fact, it was a beautiful day and a whole bunch of the residents were outside enjoying the sun, eating popcorn and hanging out. It looked like they're having a good time. It seemed like a nice place. The dining area looked very nice, too. It is not a very large place, but that's what's nice about it. The amenities looked very nice, but I don't think my mother-in-law will utilize a whole lot of it.

The facility is wonderful an so is the staff. Maintenance on the other hand is not hitting on nothing they are messy an they seem not to know what they are doing. It is like they are lost.

They took great care of my mom in Horizons...she was not the easiest of residents either...they really treated her great! We since had to move her to skilled but we miss everyone here!

Chatham Ridge was good, clean, and one level, but there's too many people and it's too big for my aunt. When she's surrounded with a lot of people who have different conditions, it's going to be too much stress for her. We walked around and saw different rooms. The one that we saw was more like a studio with a small kitchen and a sink, a microwave area, and a refrigerator. Everyone has their own decorations and furniture. The three meals are provided to them. Nurse or the helper come and give them medication. They had a chart for the basic things but if you needed extra care, they will include it in that chart. They had different levels, like if you have a condition where you escape, they had a locked facility. The dining room looked clean, organized, and open. They had an area where people can go out and talk to each other. I didn't smell anything bad.

We had kind of a bad experience at Chatham, and so I would not recommend it. It was just a combination of errors. They had a lot of things that were good, like they had good food, but I just did not like the way that care was handled for my mom. They shifted her, she moved in and had a reaction, she had a dog and the dog had to be taken away quickly, they didn’t give her very much time to acclimate, and then they wanted to move her into the Alzheimer’s area. It was just kind of one thing after another, and they were not responsive with changes to medicines and things. Changes would be put into my mom’s chart; it would take days, and I had to talk to them before those things would actually be implemented. In the meantime, my mom was in a lot of pain and very uncomfortable, and I just could not trust them that they will follow through. There were a lot of nice employees there, but it was just the way it worked with my mom. I just did not like the general feel of the way the employees treated the residents. In some instances, they really did work hard with her, but overall I was not happy. It was a clean and a new facility, so it was a nice place, and I kind of judged it from that viewpoint. The picture looked really good. But then when I got in there, the way that employees were treating the patients was not good. She had this rude thing about Vaseline. She wanted this Vaseline, and they had to watch what she keeps in her room, so two people held her, and another person ripped this Vaseline out of her hand, so I had to go pick her up and bring her home. She was so upset because of the way they were treating her. The food was decent, but she could not wait to leave because of the way she was feeling about the care. It was kind of an attitude thing. They had a nice activity person, and I think she was doing a pretty good job. If I had just her to deal with, if there were more of her at Chatham, I would have been happy.

Chatham Ridge is new, clean, and affordable. The food is really good. The staff is great.

Chatham Ridge is new, clean, ready to serve, and had openings close to where I live. They were friendly and clear about what they’re providing. The food was good.

Chatham Ridge was very nice, and it was brand new. The rooms and apartments were brand new. It was an excellent facility. The staff was excellent. They really tried to help me in every way to get her in there. However, on her discharge paper, it said skilled care, and they do not offer skilled care. They had a little movie theater where the patients or a couple of clients watched movies. The security was very good. I could not think of anything that they would have to improve. However, maybe they needed to make a sign because you would not know that they were there. I was surprised that they were opened for a couple of months and they were not fully booked. The prices were very reasonable, but the sign was not just there, and they were behind other buildings.
See all Assisted Living reviews (8) See fewer reviews
Get Costs

We’re excited to be bringing the best in assisted living and memory care to the Triangle. Chatham Ridge Assisted Living will be located in Polks Village in southern Chapel Hill, just south of the Orange County/Chatham County line.