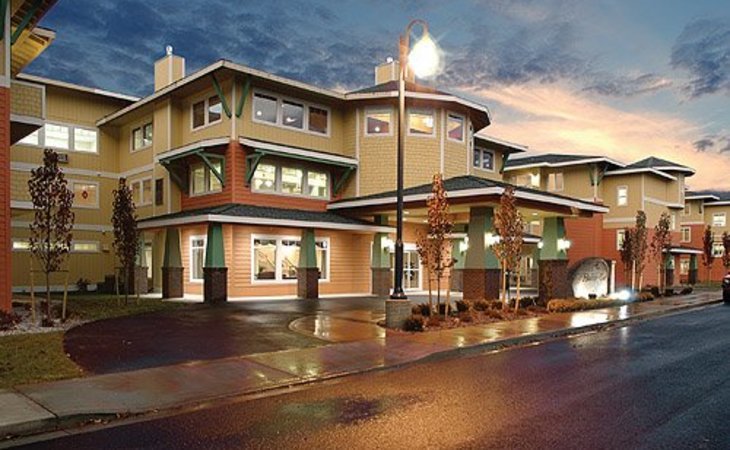 South Hill Village has been very good so far. My mom is really liking it. It's very clean, everyone is very friendly, and they check on her regularly; at least three times a day. And that was something we were looking for. The food that I've had there has been really, really good, and she's very happy with it too. There's not a lot of activities because of the virus.

My mother-in-law is in an assisted living place called South Hill Village. She loves it there. She has actually gained weight, which is really great. We really like it; she is very happy. The rooms are very spacious. My mother-in-law is in a studio apartment on the ground floor. The staff is very caring. If she needs help getting in bed, getting out of bed, or getting dressed, they will come and help her. Because she uses a walker, they escort her to the dining room for meals. She can order anything she wants. They have bingo, they go on outings, and they do housekeeping once a week (as well as laundry). It is a very good place. They're very good to her. It is just awesome. The food is awesome; it is a five-star place. It is nice food. My mother-in-law has a lot to choose from, which is nice. The staff is very friendly every time we're there. They're very helpful and very friendly. My mother-in-law loves the staff members. The building is in good shape, and it is kept up very nicely. She thinks she is on a cruise ship.

My mother has been at Brookdale South Regal since March. It is very nice, very light and open. It is small enough so that they don't get lost and can make friends very easily. There are lots of activities, like bingo, outings, exercise, Mass or church, social hour, and "flex your brain." They have Bible studies on Wednesdays, too, and something going on all the time. The dining area is open from 7 a.m. to 7 p.m. My mother gets three meals a day. We have eaten there with her a couple of times, and their food is very good. They also provide many choices. Once a month, they sit down for a menu chat with the chef, and they can tell them the things that they like and the things that they don't like.

Brookdale South Regal was very clean, friendly, bright, and warm. We really liked it, and my mom chose it becuase she liked the activities and the fact that they have a lot of choices; she could live in the cottage for awhile, or she could move to a bigger room or a smaller one.

Harbor Crest had a unit of only ten people in their memory care facility, which was nice. Their grounds was very nice, it was well landscaped. I only spoke to the lady who gave the tour and she was fine, very professional, but it was a different type of atmosphere, an upscale sort of professional. They need to improve probably on the friendliness of the staff, and then the social setting in the living area didn't seem very happy. They had the TV on, but nobody was talking or anything.

Thank you for taking the time to visit our community and to share your thoughts. Your feedback is always appreciated and considered. We are continuously implementing new activities to engage our residents, and we hope you will join us again to see even more that we have to offer!

Harbor Crest was very nice. It was very nice and clean. It wasn't near any park, but it had nice grounds, nice facilities, and nice apartments. We only met a couple of people, but they seemed to be pleasant. We saw the dining area, which was very nice, but we didn't try any of the food.

Brookdale Place at Harbor Crest was a little expensive and my mom was not yet ready to move in a facility. It was very nice and pretty. The staff were professional, thorough and they did a great job.

The staff was very friendly and knowledgeable. At no time did I ever feel that my grandma's safety was in danger. I would consider the staff to be just like family! I would also highly recommend this facility to anyone in my area who needs an alternate living situation for their loved ones.
See all Assisted Living reviews (8) See fewer reviews

My brother moved into South Hill Village two weeks ago. It's in a beautiful location, and the people I've met so far have been really good. He's down in the memory care, and I think they could use a little more staff. I think they run themselves ragged, but everybody I've met there has been really nice. Everything's nice, neat, and clean; he's clean, and it smells clean. His room is adequate; it's a private room. He does private pay. We got him a hospital bed, a chair, and a TV. The bathroom is nice and big. We put a cabinet in there, and it comes with a closet. It's not huge or anything, but really when it comes down to it, you don't need a lot -- you just need the things to take care of him. He has clothes, shoes, and everything else that he needs. And if they suggest something else, then we go for it, since they know more than we do. The place is pretty cool because the rooms are down these hallways, and then there's an open area with tables; I was surprised when they got it set up. They had folded napkins, and I'm assuming the glasses are plastic, not glass, although I'm not sure. So they have tables set up in there, and then they have another area where people can come in, and it's kind of similar to a sectional but not exactly that. There's a big screen TV and then there's some other stuff over there, like a touch-game thing which I haven't seen anybody use. But it's always nice and clean, and it smells great. They have some exercises. The outside is beautiful. We took my brother out there yesterday, and they have lounge furniture. We got to sit, talk, and enjoy ourselves. It's a lot cooler back there, and they have a gazebo in the back.
Get Costs 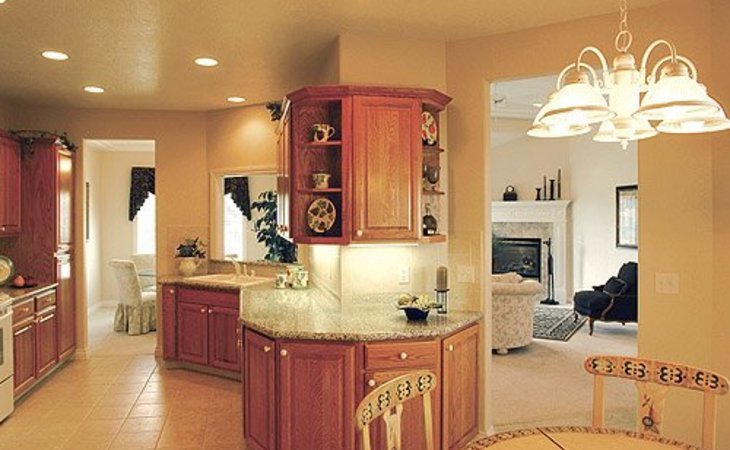 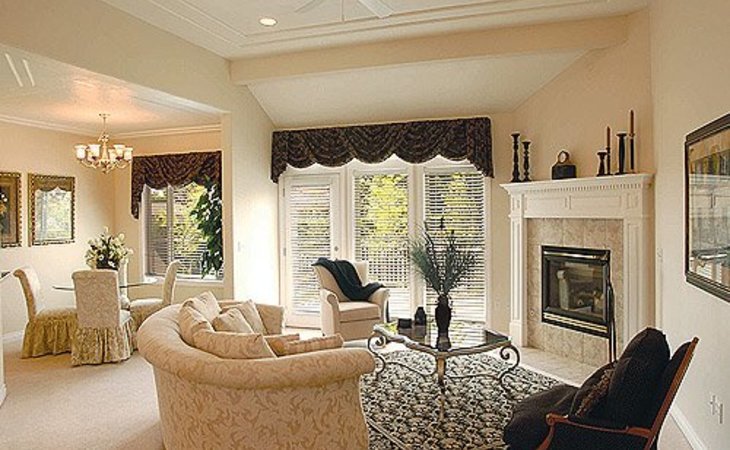 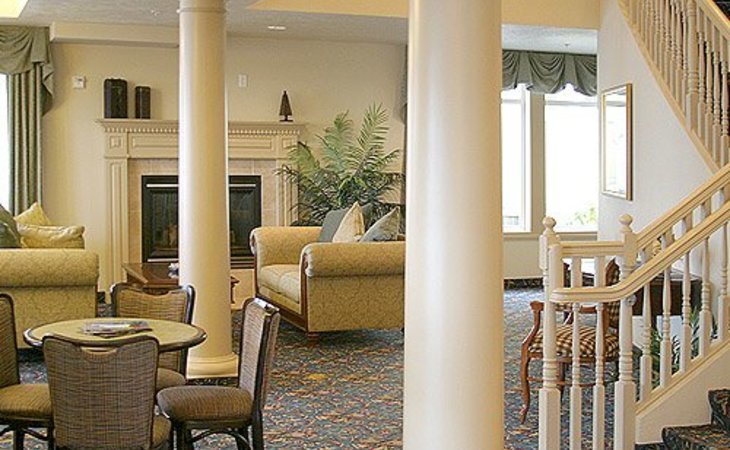 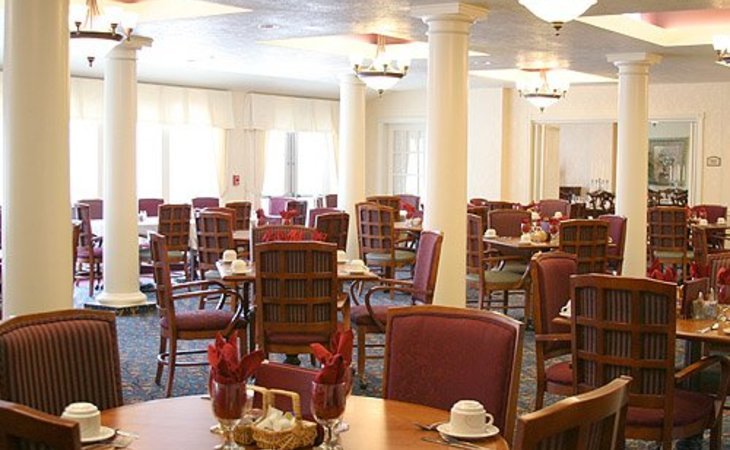 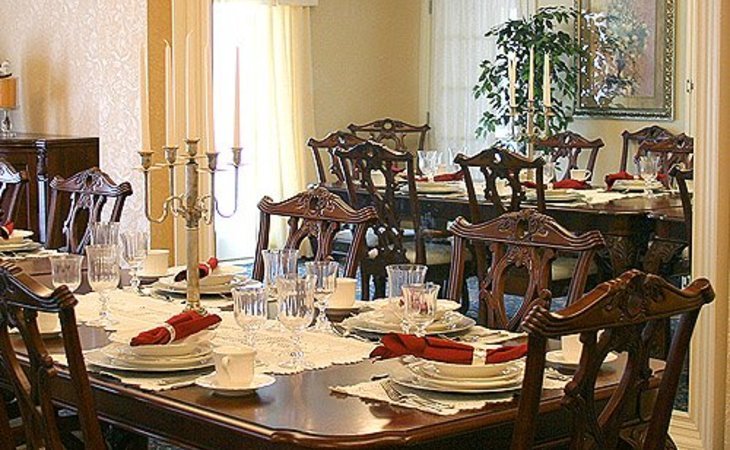 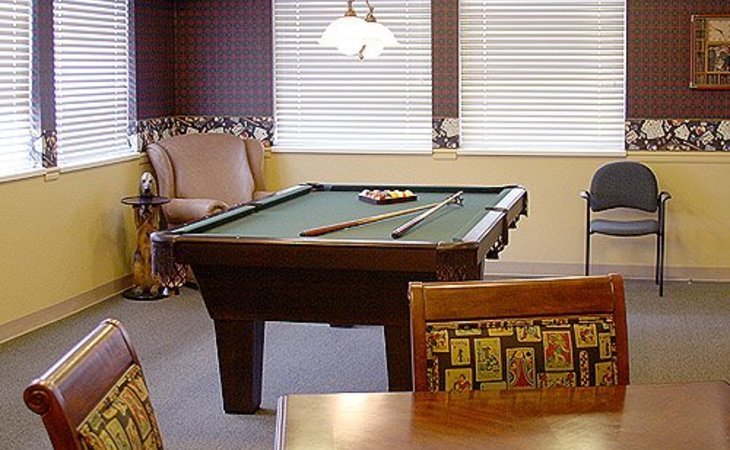 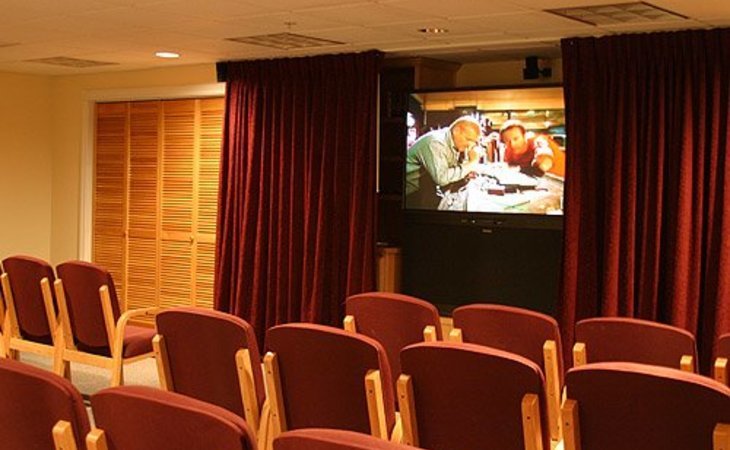 Other Senior Care in Spokane, WA