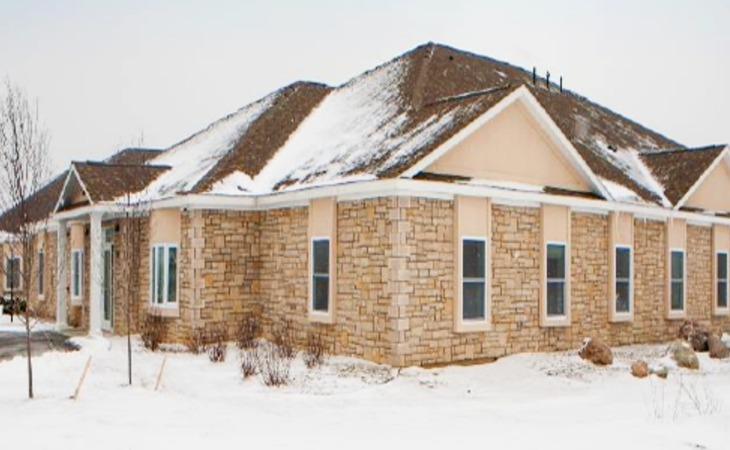 We have chosen Vista Springs Washington for my mother, the first point being that it was close to one of our family members. It's close to my sister, within five or ten minutes of her house. Also, the fact that there are only 40 residents, and the ratio of staff per resident was higher than at the other facilities in which they have the same amount of staff for nearly twice the number of residents. So, that was impressive. The staff was very kind, very concerned, and willing to adjust to my mother's needs. My mother had radiation treatments so she doesn't really have much taste, but the food seems to be well prepared. They have a chef there that will make basically whatever she wants. They have a special for the day, but then if she wants something else they said they have no issue making that for her, and they've accommodated whatever she's wanted. They have studio rooms that have two different sizes, there's a small suite and a large suite, both have private baths. They also have a couple of rooms that are joined so if you have people who want to share or a person who wanted a larger room with more space, they could accommodate that with the adjoined rooms. It was very clean, all hardwood floors with no carpeting. It's a newer facility, it has only been open for a couple of years. It kind of speaks for itself. They could provide all the furniture or my mom could bring her own furniture. They have no issues with her hanging her pictures on the wall too and making it homey for her. Currently, because of the COVID thing, they don't do much outside of the rooms, but they have a closed circuit TV that's in their rooms, they have bingo, they have movies, and Halloween parties. They had the local school come and do a parade in their Halloween costumes. When the weather is decent, all the residents pile up in a van and they go for a drive to get them outside a little bit to see other things. They don't go in anywhere but they, at least, get out and get to see things. They have seated chair exercises and they have a walking contest right now where they get out and do laps around the building. They do some arts and crafts activities, they paint pumpkins, they have made recipe books, they have made coasters, and they have made vases. They go around and they have this mobile spa and they do manicures for the residents. They do religious services on Sundays and they have singalongs. They played Jeopardy one evening. Also, because they're a small facility, they only have 20 rooms on the assisted living side and 20 rooms on the memory care side, they would have the residents sit in their doorways and they do some games and singalongs with the activity director in the halls.

My visits to Vista Springs have been wonderful, especially Kris D. She is amazing , kind and patient, knowledgeable and a total hands on nurse. She knows all her residents and needs, it’s so refreshing to watch how she treats and interacts with everyone. I hope when my time comes I have her in my facility. Great job Kris.

My husband was in hospice at Vista Springs Washington Place. It was way too expensive, but the place was very nice. Once the staff understood my husband's needs, they were very good. He had one of the larger rooms which was very nice. The location was really good and easy to get to, just five minutes from where I work.

Vista Springs was very nice looking and the client to worker ratio was much better than normal. They have an assisted living unit separate from the memory care unit. They have good interactions between the clients and the staff. The location was very convenient to me.

My loved one currently resides here. Absolutely wonderful. I completely trust the carestaff with my life. Food is delicious and they are always offering to family and friends. Management is accessible 24/7 and always wanted to help. I would highly recommended this home.

I had to pull my family member out of this place. The care is terrible and some staff are verbally abusive. The administrator yelled at my family member for voicing grievances and I witnessed many times when nurses aides were rude and sarcastic to other residents, refusing them care or second helpings of food when they were still hungry. I've heard a few aides make dirty remarks about the residents' private parts and have seen aides engaged in running races with each other, throwing things at each other, pinching each other, and even piggy back rides! The environment is noisy, with televisions and radios blasting in the lounges. There were some very good employees, but the turnover was extremely high. The good ones seemed to leave, while the rude and crass stayed. I don't recommend this place at all!
See all Assisted Living reviews (7) See fewer reviews

Other Senior Care in Washington, MI