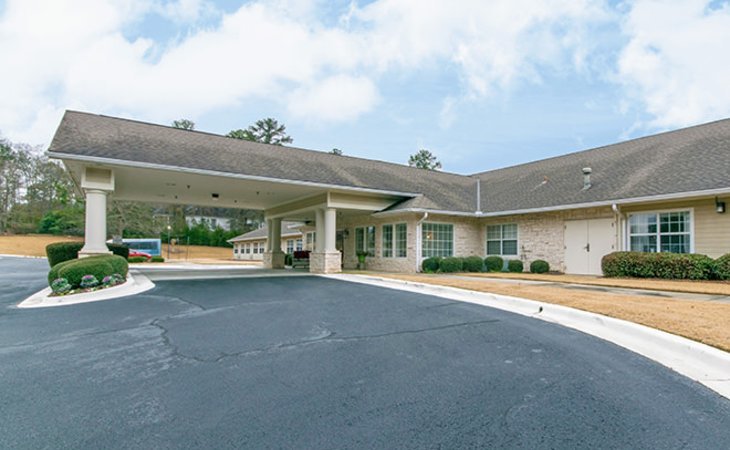 Would have had this facility as our first choice for mom if money was not an issue. Dave and staff were generous with their time.

Brookdale Columbus seems to focus mostly on dementia patients. They also allowed mom to bring her little dog. The staff is very good. Her room is very big. It's an older place, but her room is one of the biggest rooms that we saw. She's only been there a couple of weeks. They just seem to focus on memory care, and this is the one we liked the most.

My mother has moved into Brookdale Columbus, and it's been a very good experience. They're very accommodating and informative, especially with the virus. She has a bedroom with a bathroom. They do exercises with them every morning, arts and crafts, they were doing field trips before the virus, and they had people that come in to sing with them. There's a beauty salon where they can have their hair and nails done, a library that had books and puzzles, an activity room, and an outside garden area.

My mom is in Brookdale Columbus. They provide very good care for her. I would recommend them. My mom's room is clean. They have an activity room, which is well supplied. It also meets her needs. I had a meal there and it was good.

I am pleased with Brookdale Columbus. It's a very nice, clean, and safe environment for my mom since she is in memory. The food is good and they were very supportive of me when she needed to go to the hospital. The staff is very nice and supportive. They didn't recommend having TV in the room because they don't want them sitting in their room. They have TVs in the community room, and they got a computer and they want them socializing. They've got 2 community rooms with TVs in them. My mother loves the courtyard because she loves the outside and nature.

I have an elderly aunt that stays at Brookdale Columbus, so I am familiar with the care that she gets there. It is very clean and well kept. I think the staff is great. My cousins say the food tastes good.

We were talking with two ladies at Brookdale Columbus who were very nice and went out of their way to help me. It’s a really nice place. I really like it. All of their rooms have to be shared. You can bring a bed, chest drawers, and a TV, but they don't want you to have a TV right away because they want you to get out of the room. They have two dining rooms with a great menu. They have a porch and chairs outside for sitting.

By Caring loved one11

We visited Brookdale Columbus. I did not like the fact that you pay a base amount for the room you choose and then pay more for any extra medical care that was received, almost like a la carte in a restaurant. I also didn't like that residents in an assisted living home had to be up and at breakfast at about 8:00 a.m. These are quite elderly people who might not want to be up at 8:00 a.m. We did like its location, and the staff was fine, but that was all. It's very expensive, too.

Brookdale Columbus is nice and just what we were looking for. My aunt has been there for less than a month, and so far, everything has been good. They make residents participate in the activities to be more active, which is what I liked about this place.

I loved Brookdale Columbus. It was a wonderful, very clean facility that they were fixing and remodelling. They have a dog that stays there all of the time. The rooms were really nice. It is the cheapest among all of the facilities I have visited.

Brookdale was nice, and so was the staff. There’s lots of places for my daddy to go walk around as he likes to walk. There were two places in the room, and my daddy’s personality he could not have somebody in the room as when he woke up. If somebody is in his space, he is going to push him. It was clean, the people were very nice, and they call back to check on me. I saw a room that somebody lived in, and it was clean.

My friend is here. The facility is not extremely small, but it's not so large that the caregivers do not know everybody in the facility. They are very caring and they make sure everybody is up and fed. Activities are always going on. Holidays are all acknowledged. They also include the caregivers and family members to come in and spend time, having dinner with the resident – just a very caring facility. Their rooms are very nice and spacious. They are always kept neat and clean. Their food is excellent. We have eaten there on several occasions with my friend and all the residents in their just love the food. They eat everything on their plate. They have a good chef.
See all Memory Care reviews (13) See fewer reviews
Get Costs

What ongoing training does the staff receive in dementia care?

How many staffers are on duty in the daytime and overnight?

Brookdale Columbus staffs to the direct needs of our residents. Every resident receives an individualized care plan that provides detailed information about the care needs of the resident. This system collectively provides the amount of staffing needed to provide the best care for our residents. This always meets the state regulations and most often exceeds the recommendation of state.

What programs or activities does Brookdale Columbus offer to keep residents engaged? How does the staff engage residents' long-term memories?

Who assesses residents' health and cognitive functioning? How often is that assessment repeated?

Our Health and Wellness Director assesses residents prior to admission, upon admission, 15-30 days after admission, and then quarterly for the extent of the residents stay at our community. In addition, if the resident has a change in their condition we also complete a new assessment at that time.

What techniques does Brookdale Columbus use to support memory care residents during mealtimes?

Residents start their meals with our Refresh program which helps not only with hygiene but engaging the senses and encouraging appetite. Meals are served restaurant style with multiple meal options available. Brookdale Columbus will accommodate different diet needs, and can prepare foods in several ways to encourage independence and maintain the dignity of the residents.

How does Brookdale Columbus keep residents' families informed about their loved ones' health?

We have care conference meetings quarterly to keep families up to date with the overall well being of their loved one. In addition, we will always communicate with our families if there is a change in a resident’s day to day normal.

Describe the neighborhood around Brookdale Columbus. Is it located in a residential neighborhood, a business district, a rural setting, or other type of locale?

Brookdale Columbus is situated in a residential setting next to the Columbus Botanical Gardens and Blanchard Elementary School. In addition, there is restaurants and shopping less than two miles away.

Is Brookdale Columbus affiliated with a hospital if more care is needed?

Brookdale Columbus is situated close to Piedmont Northside which offers emergency services. In addition, there are two other hospitals located nearby in the Columbus, GA area that are available for residents to access if needed. We do have a local physician who visits our community and provides general practice care. 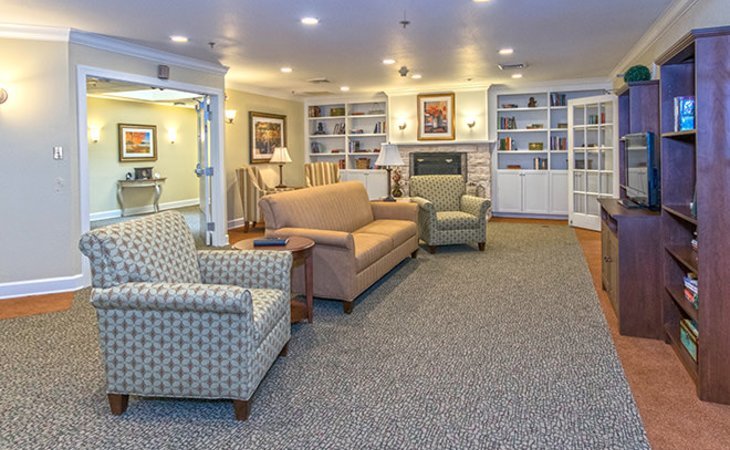 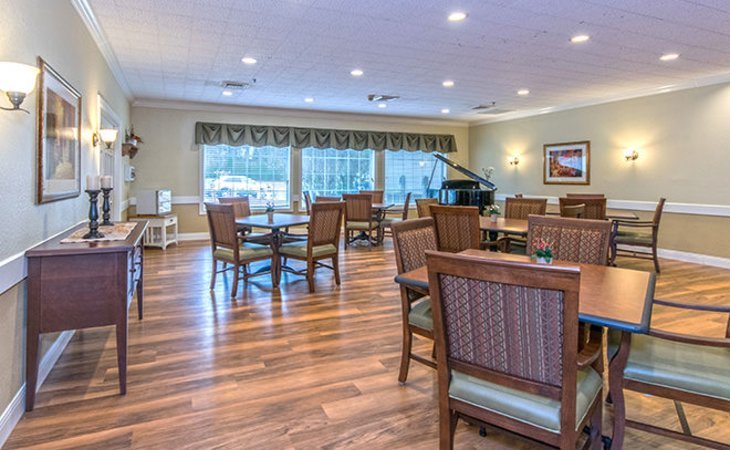 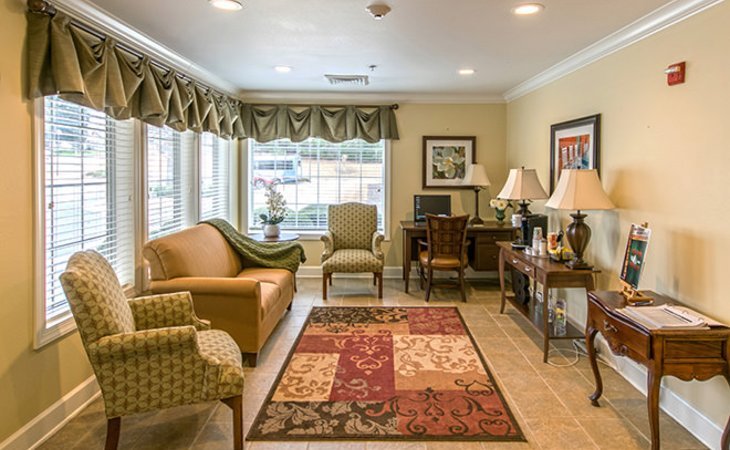 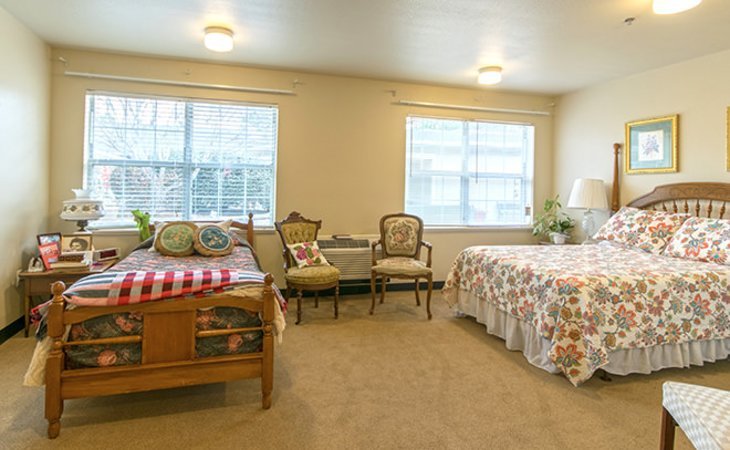 Services and Amenities of Brookdale Columbus

We offer a home like setting and cheerful smiles from our professional staff who greet you every day. Our caring staff offers the assistance you need while respecting your independence.

Through special events, activities, clubs and ongoing cultural enrichment programs, we offer unlimited opportunities for you to get to know other residents and us. Call to set up an appointment for a tour because we delight in showing you our home.

*Rates subject to change at any time. Level of care not included.

Other Senior Care in Columbus, GA