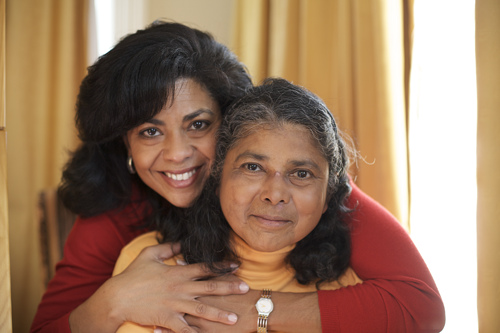 The Pines at Rutland Center for Nursing and Rehabilitation

By Killed by COVID

My mother was killed by COVID-19, which burned through A-Wing nonstop starting in October 2021. The last three out of four times I was there, my temperature was not checked at the door. They may brag on the Internet today that they have cured their infection control issues, but keeping COVID-positives with a roomie who is not, is not appropriate airborne infection control. Nope, cannot lose that room rate! Besides in the pecking order, elders on Medicaid do not matter, not to the Health Care Ombudsman, not to DAIL, not to malpractice attorneys. However, my mother mattered to me and am convinced, Energizer Bunny that she was, she would have lived at least another six months had they followed COVID control protocols. The last month or so of my mother's life I spent trying to get her away from a the unvaccinated roommate that not only gave her COVID-19 because she was not quarantined, but blasted her TV so my mother could not hear the two streams she paid for above their Internet rate, so about $45 a month total. There was absolutely nothing else to do during COVID and in the months afterward. Plus I could hear J's program blasting through the phone, so it was difficult to have a conversation with my mother and am convinced it made her more confused. What is absolutely outrageous is no one told me my mother would likely die once she tested positive. I learned later they did in code. "Compassionate visit" has a medicallly defined meaning of life expectancy of approximately 30 days. When Janice called to tell me my mother tested positive, I asked, "Are you telling me for contact tracing?" and she said no. Even non-degreed staff picked up on the pattern that was shared with me almost too late, "Positives do not do well," which when I heard that, had me go up to see my mother the last time she was awake. Had I known, I would have stepped up my visits from once to three or four times a week before she was no longer like she was pre-COVID, heavily sleeping during one visit, in much pain the next two. Watch your loved one's Medicare claims, including Part D, because the opiate they claimed she was on, and was no longer working, was also not billed out to Part D for eight months prior to her death. There are some very curiously high charges under Parts A & B I am currently having investigated. My mother was in pain and I could not get anyone to listen in- or outside the facility. She received Tylenol and ibuprofen only. A dying pet would be treated better by a vet these days than my mother was. Matter of fact, withholding other opioids because of her low kidney function should have been an option and a choice after discussion, including with my mother: a few more days or weeks of excellent pain relief with a shorter life expectancy or continue the current pain regimen. I am pretty sure if my mother knew she had weeks left, she would have chosen a riskier medication to have the pain go away, or I would have in her stead as her agent. Additionally, I am missing two pieces of her property. One they admit they lost. The other they claimed belonged to someone else. However, I have a photo on an old phone with a timestamp pre-COVID with this item on her side of the room. It is expensive enough I am considering my options.

Room was spacious and clean with good lighting and private feel. My auntie was given enough freedom to feel happy but she was supervised enough to keep her safe. She loved some of the nurses and aides that worked with her. The staff were respectful and professional. Everyone was very friendly. I could rest at ease knowing I could always get a hold of staff and they acted with my Auntie's best interest in mind. Especially helpful was the resident social worker who made sure that her time their was fruitful, and that her discharge was well orchestrated. The food was good. Activities included PT and games with other residents and staff. It is a beautiful location with easy access to the highway.

Father. Very difficult cranky personality. No speech paralyzed on right side of body. He is often frustrated and very hard to care for. Impulsive, confused, has an aging brain injury. He broke his paralyzed leg. And needed two months of sub acute care. Because he gets frustrated trying to reestablish communication with everchanging staff... many facilities kick him back to languish at the hospital. Berlin not only accepted him but they kept him safe from covid. They did not hold any of his issues against him. Each day was a new day, each moment a new moment. He was cared for in the memory care unit. They were very professional putting together a comprehensive communication plan to help him transition. Lots of the same folks so he did not have to reestablish relationships. They did lose some pants in housekeeping... which is a small thing but he is so hard to fit and homebound so was difficult when he was discharged. But the new management and the dedicated staff surprised me. I was ready for more resistance but received cooperation. I was literally terrified for him to go there. He ended up actually making some friends. If I could take them and move them closer to our family it would be the perfect place for him when the time comes. If MY dad who is not pleasant did well, I imagine these folks to be mavericks in post stroke and memory care.

EXTREME disappointment! This place is a complete nightmare. The FIRST night our grandfather dealt with humiliation, disrespect, he was severely under minded, and the staff had a complete disregard for his needs. The have a horrible attitude there. The only positive thing Is the nurse he had during the day. I cannot imagine what the people that cannot speak or have a physical disability, do not have an advocate, or cannot care for themselves go through on a daily basis in this facility. Our grandfather CAN speak for himself and care for himself and was treated so poorly. Im only thankful that he could tell us some of the things that were going on there and we could also speak on his behalf.

Privately held, BHRC is under new management. I have yet to see a facility that has excellent care, even publicly held. Activities people are EXTREMELY awesome, and a constant of reliable, caring, creative act. staff. Medical nursing care is efficient, but has had several staffing changes leading to inconsistent communications. LNAs are being trained ongoing, and staffing goals are being met more often recently. This is a problem everywhere, but something to be aware of here especially. Food is improving. Kitchen / serving staff are terrific, laundry is reliable, ongoing maintenance issues requiring constant attention. Cleanliness is at a new high in 2 years. If you have a family member/friend there, it is advisable to go at different times of day/week, and to make sure the business knows your person has an advocate. Set up clear communications with all services your loved one receives. Rehab people are professionals. For long term care, it is important to make sure your person doesn't get lost in the shuffle of indifference or unfamiliarity with the number of staff it takes to run a 24/7 facility. Speak to charge nurse, head of nursing, or director if you have any serious issues.

I was impressed with this facility. I had a friend who was residing in their care. They encourage and promote the residents participation in their activities of daily living, from their choice of food to the type of activities they like to attend. .They are allowed to feel important and empowered. The dining experience was elegant, the food amazing. The activities that they provide for the residents are much more than bingo or shuffle board. My friend unfortunatley died in this facility. When his death was impending, they provided hospice services and allowed him the one on one that was needed. I would recommend this nursing facility to others.

My mother in law has been a resident there for a few years now. We live out of state and don't get up there very often. However we do keep in touch with my sister in law who visits the home several times a week. What I hear from her about the care she receives is appalling at times. She gets urinary track infections constantly. Her skin is raw in places. Her sugar levels are not looked at correctly at times to the point where she is incoherent. It takes an act of congress to get anything done. When my sister in law tries to get her taken care of, all she gets is excuses and resistance. The aides disappear, (not all of them), the nurses give lame excuses (not all of them). And to try to get a doctor involved, OMG! It takes an act of congress to get a hold of one in a timely fashion. This is absolutely rediculous. There were times that no one would give us a name of the administrator to get a hold of. What does someone have to do to get things done. Other serious issues have happened in the past. We didn't pursue it legally because we were told things would change and took their word for it. They haven't changed.
See all Nursing Home reviews (7) See fewer reviews
Get Costs

Other Senior Care in Barre, VT