The Gardens at Liberty Park 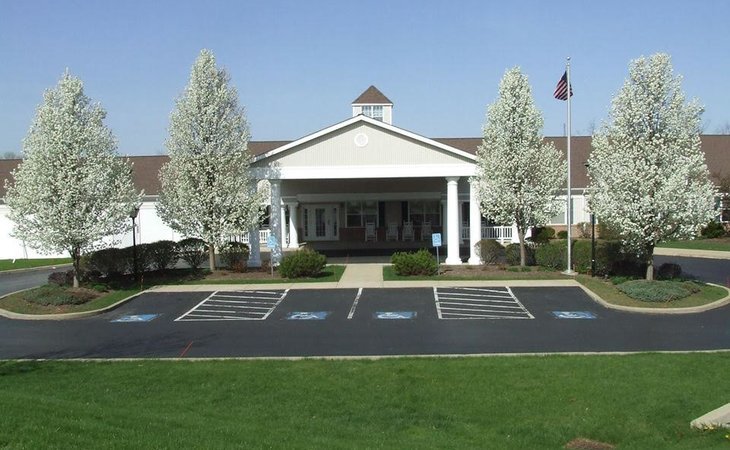 Reviews of The Gardens at Liberty Park

Assisted Living Reviews for The Gardens at Liberty Park

The rooms are nice small but again we do not want them to be sitting there all day. The staff is nice at times short staffed. Not many activites. The one thing that distubs me is the food is horrible so for that I do not recommend this place. Nothing is fresh and nothing is like a home cooked mean which you will not get here. Kids are working in the kitchen and seriously the food is just terrible. New owners seem to have taken a cut back on this. Sad for people to see thier golden years this way, I see their faces and they are all so disappointed in their meals.

My mother-in-law is at Gardens of Western Reserve. It has a very comfortable setting. Everybody is very friendly and helpful. They care, and it shows. The staff is absolutely wonderful. The rooms are a bit small, but the idea is for them not to stay in the room all day, for them to be out and be active to the things that are going on the facility. I tried eating there, and the food is great. Their dining room is of good size, and the staff there is very accommodating and helpful. With their activities, they have current events that they use to help with memory and discuss what is going on with the world. They have a dance exercise class. They also have a group for walking and take them to shopping or outdoor activities.

We chose Gardens of Western because the place was clean, it was close to home, and they had an Alzheimer's unit.

Rooms to small. They are understaffed and when friend was sick they called in family to take care of them. Nurses are not RN. Not trained well do not treat resident very well. When cords are pulled for help they don't always come. I feel if you are aware of your senses it is a ok place, But if you need care go some where else.

This facility is not what it claims to be. The management consists of first-time quasi-professionals, a car salesman ( used - nuff said... ) and untrained politicians. They promise what they can not deliver: excellent staffing ratios, quality care and caring staff. None of which is true. The facility is consistently short-staffed by stressed, overworked, disrespected and grossly underpaid help that receive little training and no support and are not treated with dignity. Families are promised care that is unrealistic ( personal and professional - there is no time for either ) Residents' needs are met by a bare minimum - there is no neglect or abuse - however for the prices charged, your family member, friend or other loved one will never get the attention they so rightly deserve in their declining years. The food is marginal, not particularly healthy nor varied. The facility also lacks maintenance on the equipment. Personal care items are 'borrowed' from one resident to another as there are rarely enough supplied but the family is billed regardless. Residents are an 'income' to the Gardens - plain and simple.

My mother is well taken care of at the gardens. The staff is very helpful and friendly. the caregivers truly care about my mother and that is the most comforting thing about this place. The food is great and my mother enjoys the activities they have as well. There is a wide variety of drinks available at the front for my mom to enjoy at her convenience. I would recommend the gardens of western reserve.

The administrators were nice. The rooms seemed a little cramped. It does not have a kitchenette area. The closets were small. It seemed to be a bit more dated as far as dining area. They had a little coffee area where a lot of people gathered there to have coffee or tea. The people there seemed happy.

We were really pleased with what we saw when we visited Gardens of Western Reserve that's why we chose them for my mother-in-law. She is in the memory care section and they would usually walk her outside the room. The facility is so secure. The staff is great and very attentive. Everything is just great.

We preferred Gardens of Western Reserve because it was near some friends. The staff were very helpful. Some of the activities included chair volleyball and bingo. I would suggest they accept more number of high functioning residents. They had more residents who needed extreme assistance than those with high cognitive functioning.

Gardens of Western Reserve is close to where I live. The director of the facility took me on a tour. He knew everybody by their first name because they try to make them feel at home. He's been there for 11 years.

This facility was very clean, the rooms were very nice. The administrator was very friendly when we arrived and as soon as we left he changed and never answered phone calls. When you walk into the locked portion of this facility all you hear are call buttons going off, they go unanswered, that is why you hear the alarm sound ALL the time I was told. The food was horrible. They serve egg beater eggs that they boil until they are like rubber, then cut them into cubes and say these are eggs. They never had fresh fruit, or salads. They use highly processed deli meats, canned vegtables, they say they serve snacks, that is a total lie. There is no coffee served except if one of the nice care givers brings their own coffee in and lets a patient have some of theirs. The beverages are either a horrible sweet lemonade, or nasty OJ. There is no call button by the patient's bed if they are unable to walk. The call button is in the bathroom, even if you do put the call button on, nobody responds, the aides say because they do not know what room is needing help, WHAT does that mean? They said every rooms call button go off all over the facility no matter what part of the building they are in, so they just ignore them rather than try and find out who needs help. My mother was transfered to a nursing home 2 days before the end of the month, and she had paid for the entire month at The Gardens. I was told that she would be refunded for one of the 2 days, but never received the refund. After numerous phone calls and emails the administrator said that we would get a refund soon. Then when no refund check came after 3 1/2 months I was finally told that because my mother's mattress gel pad was not transfered with her when she left by ambulance, that they would not refund the money for the day she was not a patient there. When I called the day of her discharge the care giver told me she would put the gel pad and tray table that was left in a hall way where they store items. I then went and picked up the 2 left items from the storage hallway. The items were not even in her room, so why was that a reason not to refund her money? Basically they took the $135.00 from my 80 year old mother after she had paid about $10,800 for a few months at this facility. Also a 90 day supply of her pain medication that was supposed to be transfered with her when she was discharged never was sent with her. I made numerous phone calls and was told "we have no idea what happened to the 360 tablets of prescription pain medication". Yeah right those pain meds just walked away. They did not provide anything but lousy food for the patients, you had to provide your own shampoo, depends, wheel chair, gerichair, bedside tray tables, lotion, hospital gowns, tissues. They did provide toilet paper. My mother was in the memory care locked portion of this facility, the other side was not locked. A few of the care givers were very nice, but they had about 75 patients on their wing, so it was very difficult for them to really give adequate care to their patients. I am only giving a review of memory care side, the other side may have been different I have no idea. If you are considering putting a loved one in the memory care portion of this facility I suggest you send at least a 1/2 day here and eat a meal. Just taking a tour for 15 minutes is not enough time to evaluate any facility you are placing a loved one. Since I wrote this review The Gardens emailed and said they now would refund the the money for the 1 day.
See all Assisted Living reviews (11) See fewer reviews

Memory Care Reviews for The Gardens at Liberty Park

The rooms are just beautiful and always so clean !! The stuff is amazing in every way I am from a outside company and I have always love visiting people from this community the environment is amazing the staff I'm very caring very attentive and there's always something fun going on to keep the residence happy I always look forward to going there ..
Get Costs

Costs for The Gardens at Liberty Park

Photos of The Gardens at Liberty Park 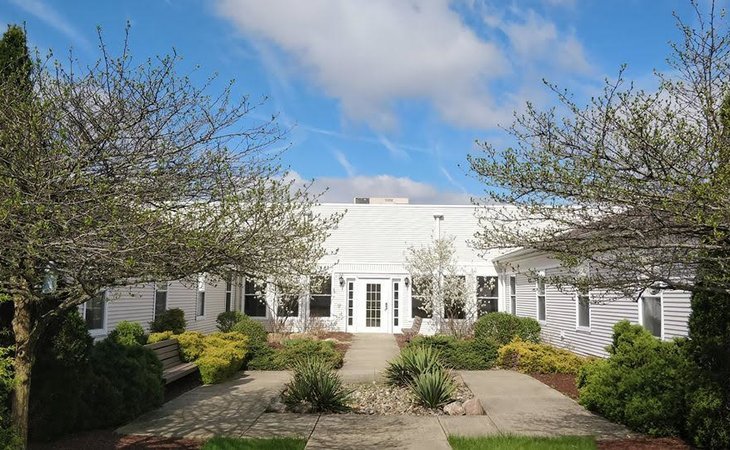 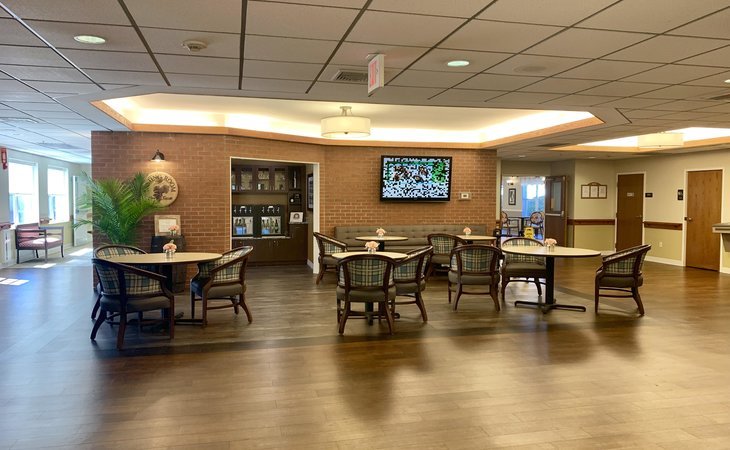 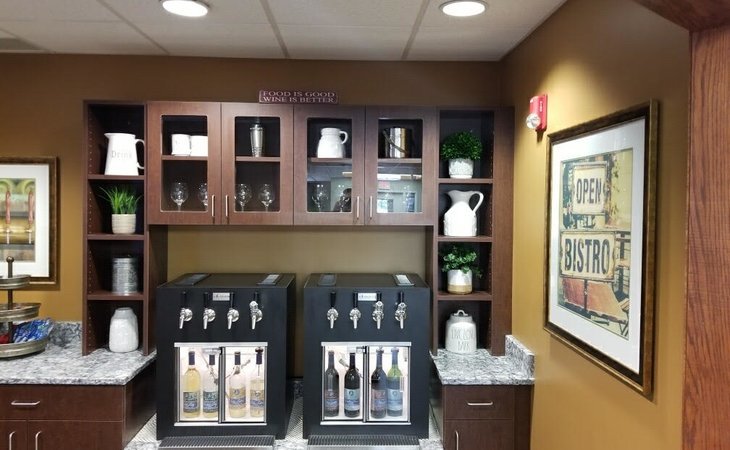 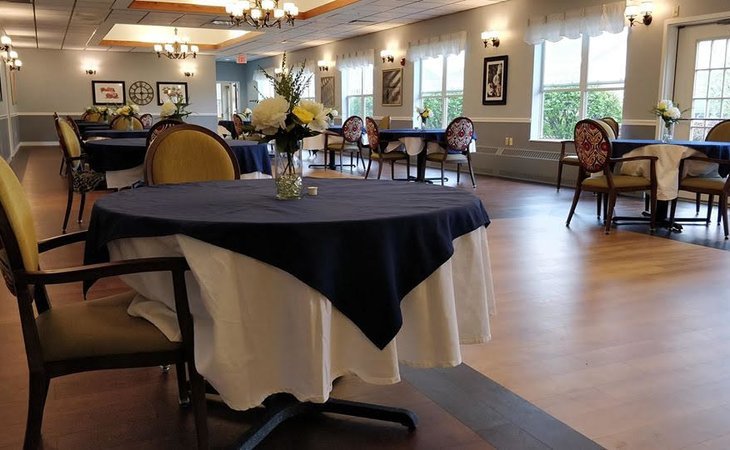 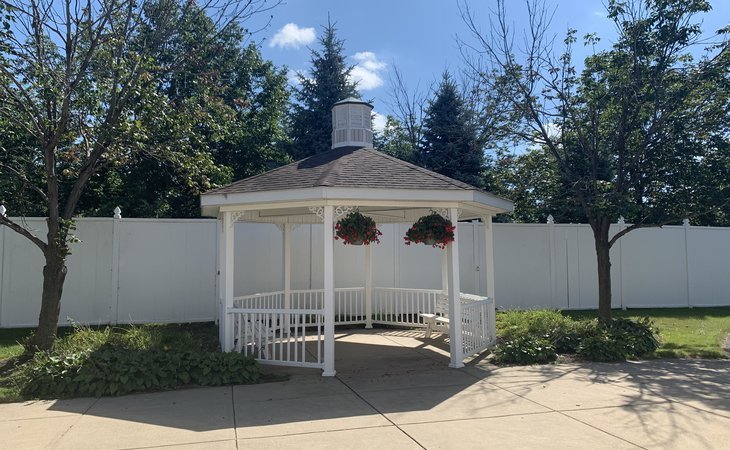 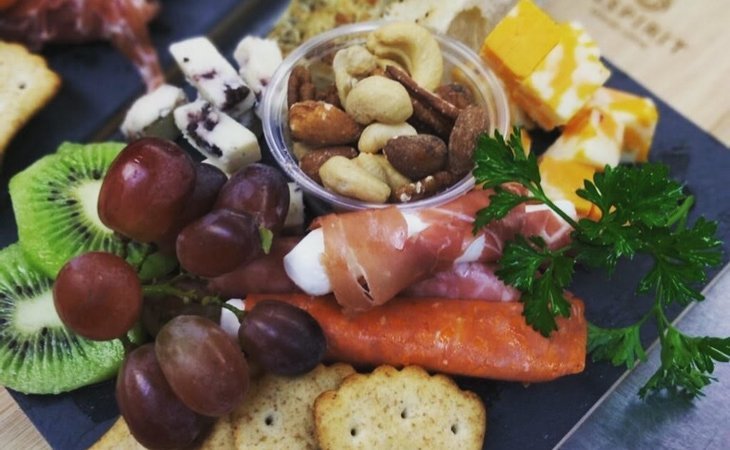 Services and Amenities of The Gardens at Liberty Park

About The Gardens at Liberty Park

The Gardens at Liberty Park is situated on over 5 beautiful acres conveniently located near Route 480. It is close to the shopping and restaurants of downtown Streetsboro. We are also within 30 minutes of both Akron and Cleveland.

The Gardens at Liberty Park offers a range of services and amenities that meet the ever-changing needs of our residents. Residents receive personalized attention from trained staff members who have a commitment to providing quality care.

Map of The Gardens at Liberty Park

Other Senior Care in Streetsboro, OH