My uncle moved into Pleasant View Home. The staff was helpful after we got the appointment time rearranged. They said they didn't do visits on weekends, so once we got the arrangement it was fine. It was clean. The room was a little small, but it seemed to be clean and they were taking COVID precautions, so they were doing well that way. The food is OK, except sometimes he didn't get it on time, he maybe got it later. This is what my family told me. It was a good value for your money.

Pleasant View Home is more than a nursing home. It's a living center, so there are duplexes. This is apartment living in a complex. There is also a nursing home and a Harvest House that's an assisted-living center, so there are several different areas that they can move around into when needed, and the prices are much more reasonable. I'm working on getting my parents moved in to Pleasant View Estates. At first, we had picked a duplex. It's a quadriplex actually, a standalone right by the living center. It was a very beautiful home, very well kept, and the finances were spectacular. It had a two-bedroom, two-bath floor plan, a living room, a kitchen, and a dining room. Both bedrooms and both bathrooms had pull cords for emergency use, and it's all one level and handicap accessible. It had an attached garage and a tornado shelter that was in between the two duplexes that were attached. They both share one shelter. As we were looking into this quadriplex and actually measuring where furniture and things would go, an apartment opened up inside the living center, and it was just as big as the quadriplex that we were looking at and had decided on. It was a two-bedroom, two-bathroom floor plan, a living room, a kitchen, and all of that, and it had much more counter space. They had a garage, a backdoor patio, and two French doors in both bedrooms that opened up into a backyard patio. They're within the living-center unit, and it's the first part that was built, so it's all on the main floor. When you open the door and you walk out, you're right there at the main part of the living center, which was the huge family part of it. They're right beside the library, the coffee shop, and the kitchen. They don't have laundry within their apartment. The laundry room is right down from them, which is not very far. It is very big, and you don't pay for the laundry. The garage is just right down from there, and a door takes you right directly into the garage. The beauty and barber shops are right there. There is a chapel and a gaming center that has pool tables. It has everything. They have all kinds of social activities, Bible studies, and ice-cream socials every Friday night. They do all kinds of things within this big area. They have family rooms for your family to come and visit you. The rooms are free for them to stay in, and it's just like a motel room; they're very pretty. Because of COVID, it's on lockdown, but because they have a patio and a backdoor, I can still go in and see them. The staff there is absolutely incredible to work with, accommodating, and so friendly. It just was an amazing answer to prayer. If someone needed the nursing home, it just is right there and very close. It's easy for them to just be transferred over to the nursing home, and if they only need it for a short period of time, then they would go there, and they would move back into their home. The other care facility is called the Harvest Home, which has twelve rooms and is assisted living. If they needed to go there, that's there. These people move the seniors who live within this complex themselves, so families don't have to go in and move. If they get to the point where two bedrooms is too much for them and they want one bedroom, then when a one-bedroom opens, they get the first chance to pick it, and they can move very easy. The staff there will move them, and they're very accommodating. If it's a bathtub that's in the apartment and you want a walk-in shower, they'll install a walk-in shower for you. Every bathroom and bedroom have emergency pull cords. Everything is all handicap accessible, very home-like, just very pretty, and very updated. It's a little country-farming community. They just don't have enough staff there to keep the facility because it's so big, but it really was nice. Every place that we looked in, I couldn't believe that they still had yet to clean it, and it still looked very nice and very good. You would have thought that they had just built it. Everything was really impressive. They're right by a park, so even their view out the windows was really nice. They have more communities and housing in Hutch and somewhere else as well, and I know they have in-home health care and physical therapy who will go to their rooms and work with them one-on-one, too.

Staff was very helpful and friendly. The food was excellent and the facility was very clean. I only had a short term stay for rehab but would stay here again in the future if the need arises. The therapists were great and got me back on my feet quickly. This is a very wonderful place!!

When I visited Pleasant View, I really liked it. It had a nice home view, the staff was good, helpful, and friendly. Mom has a nice and spacious room, and the food was good; mom really likes it. She can either eat in the room or in the dining room, and the dining room was nice. They have bingo, they have people come over and sing, and they have all sorts of other activities. Mom is in the nursing home, but it didn’t remind me of a nursing home; it was more of a homeville.

My dad is a veteran and Pleasant View Home is an approved living place for them so I choose it for him to stay in. The staff is absolutely wonderful. When patient pushes a button, it goes directly to their nursing pager. If a nurse cannot answer the page at that time, it goes directly to another nurse in the front desk and she immediately goes and take care of it. Their food is amazing.
See all Nursing Home reviews (5) See fewer reviews
Get Costs 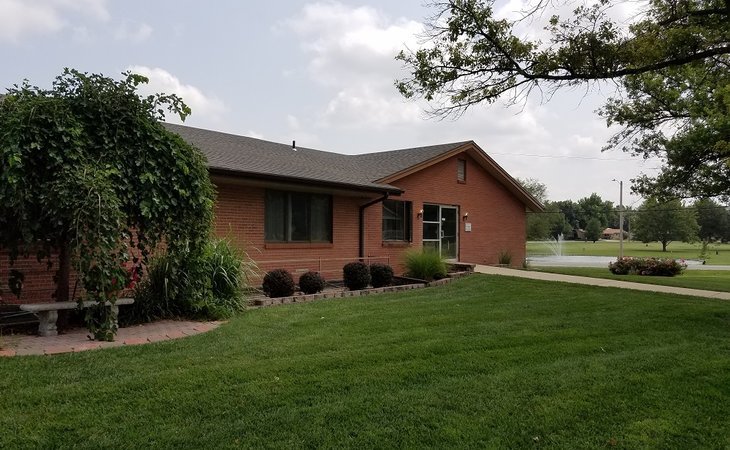 Pleasant View Home is located in central Kansas between Hutchinson and McPherson in the beautiful community of Inman. We are a progressive, non-profit senior living campus with over 70 years of award-winning experience and provide skilled nursing, long-term care, rehab and recovery, memory care, respite care, and outpatient rehab. We are proud to be a leader in Kansas delivering person-centered care and we have a 5 star Medicare rating. In addition to private payments, we accept Medicare and Advantage Plans, Medicaid, Veterans Administration Contracts, long-term care insurance and hospice payments. Pleasant View Home is a place where people are loved and pets are welcome!

Our mission is to provide a safe, comfortable, Christian environment where our residents feel loved and can live life to the fullest. We provide an environment where residents can make their own choices and are in control of their daily activities. Activity directors in each area help keep them engaged and living their best life. Our home is beautiful and clean and truly a place where people want to live.

Other Senior Care in Inman, KS