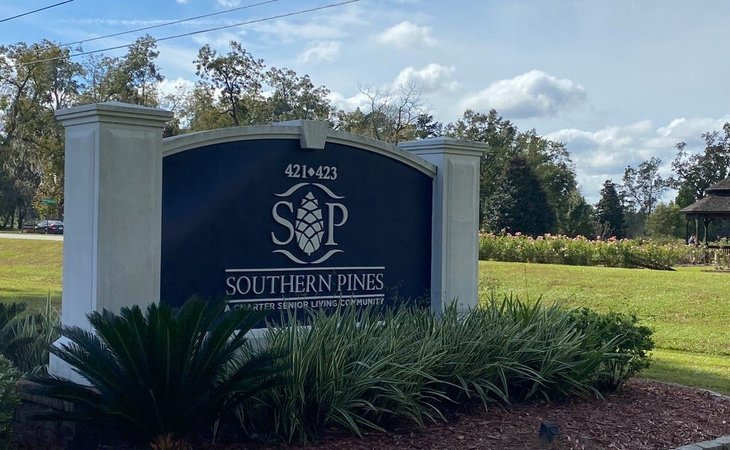 My husband was a resident of Southern Pines Senior Living. They said they weren't going to put him in the memory care unit because the memory problems seem to be short term, not long term. So, they gave him an apartment in the main building; I was tickled pink about that because we went there a couple times before. We went and ate lunch and everything, he got to meet a few people and he seemed happy there and everything. So, the problem was, he was going to get a studio apartment to begin with, but something happened between when we signed up for the studio apartment. Somebody else moved out and they had a bigger apartment where you had a living room, a kitchen, a bathroom, and a bedroom. I had to go out and buy some furniture and stuff because I didn't have the furniture from the house to move down there. But the place was wonderful. It was beautiful. You had freedom, too. You didn't feel like you were locked in, so to speak, like you would have been at the Memory Care Unit. Everybody loved him and he liked it there. He started having some swallowing issues and I had him go through a study and they found out that when he was swallowing, some of the food was going into his lungs. So that's when he got in the hospital and they did that surgery. Once they did that surgery, they told me that they were really sorry, but they couldn't take him back because they don't provide that kind of care for that kind of thing. Everybody was really kind and helpful. They were sad that we were leaving, and we were sad, but that's the way it turned out. They were all nice. They loved him and he loved them. They do his clothes for him and helped him take a bath. They went in there and helped him get from his room to the main dining room, because it was quite a few yards away from where he was at, and there was more than one way to get there. So, he got shown a shortcut way to get there where he wouldn't have to walk this far; but he enjoyed them, and they enjoyed him. They all came up and hugged me when they knew that we weren't coming back and everything. They were just really sad about it. I'm sad about it too, because I was really excited about him being able to stay up in the main building where he could be around some people and not being just locked up in the memory care unit. I had several meals there and it was good. Their biggest one was at lunchtime. They had breakfast, but the biggest meal was at lunchtime. Supper time was a lighter meal because they were still full from eating lunch by the time it was supper. They had home baked cookies and stuff like that, and they had little get togethers during the week where they might have some special things going on. Sometimes they had more on crackers and cheese and stuff like that. It wasn't every week thing. They went all out to celebrate Valentine's Day, and they had everything decorated for Easter, all those kinds of things. They have bingo. One thing special that happened is he got to be friends with one of the maintenance people there. They hit it off really good from the beginning. He told him he would like to ride around some outside because he had hip replacement. He was okay and everything, but he couldn't walk like he once did. So, the guy went up and checked with the administration and asked if it would be okay to take him over across the street to Rose Garden Park. He asked me if I mind, and I said, "No, just be careful with him and everything." So, my husband got taken over to the park a couple of times and he really enjoyed that outing. I had a little bit of difficulty of understanding it, but you didn't have to sign a contract. I like that part because you never know if something is going to happen. Like what happened with my husband, he had to go and leave before he even been there a month. When that happens, you have to give them a month's notice that you're not coming back. When I gave the notice, he wasn't coming back when they told me they couldn't take him back, I had to still pay for that month he wasn't there for. That kind of upset me because it was not cheap. I asked them, I said, "Can't you give me some break on all the days he wasn't here?" They gave me a little bit of a break, but it wasn't nearly what I wanted it to be. We didn't know what's going to happen, and we weren't aware how long we need to stay in the hospital to get over everything, and then I bought all that furniture. I thought they should give me a break on this because of what I'm having to pay for this month he wasn't here for, but I didn't get much of a break.

By Thomas From Arkansas

I flew in to look at communities for my grandmother. Had the pleasure of talking with Shelli for about a week before and she was there meeting me when I walked in. She was so patient and kind and guided my family and I through the steps. We are so grateful for her and southern pines that my grandmother is going to be taken care of like she deserves.

Hi Thomas, thank you for sharing your positive experience! We're glad to hear we delivered such a great experience. If there's anything further we can do for you, we are happy to help!

Southern Pines was very clean. The staff seemed very friendly and very nice. The director introduced and presented herself in a good manner. They had a memory care unit that I really felt my mom would enjoy. They have a chapel, a salon, and a library. They do a lot of little games to help my mom with her memory, so I’m satisfied. My mother seems to enjoy the food; it looks very healthy and nutritious. I’ve been there on several different occasions. I saw that she was able to have a snack or have something else if she wanted it. Southern Pines just seemed fitting for her.

Southern Pines is a beautiful facility. The staff is very friendly, helpful, answered all our questions, showed us around, and went over the financial stuff with us. My grandmother really enjoys the food and likes it a lot. They give her a menu, and she's allowed to pick what she wants every day. If the weather is bad, they bring her food to her so she doesn't have to walk out in the weather to the dining room. She really enjoys the fellowship with the other residents in the dining room area. My grandmother has participated in exercise class each weekday and Bible study. They help her with transportation to and from the doctors. They bring medication to her throughout the day, so she doesn't have to worry or think about what she needs to take and when to take it. There's somebody checking on her every single day. They clean her apartment once a week and take out her trash. It has really been a blessing to know that my grandmother is being looked after on a daily basis. If she needs more care, she can move into the assisted living part and have more services without having to move.

Southern Pines was good and looked very nice. The staff was very nice and very informative. The rooms were OK. They were in the process of re-doing some of them. The amenities seemed to be nice. The only thing I didn’t care for about them was that there were so many floors than my parents had to navigate. They had memory care in addition to assisted living.

The staff is very loving. There are activities every week. It is a very secure facility.

My mother is living at the Southern Pines now. The facility is very beautiful and clean. I like the people who work there. They are very kind, considerate, caring, and very efficient. My mother is crazy about their food. She eats more now that she has eaten for the last five years. They have lots of choices and everything is well prepared. The facility is very warm in terms of activities.

By Friend who cares

Although the facilities are beautiful, the administrator is not very involved with people who live there. There are things planned to do, but it is the same old thing every day. In the short time my relative has been there, at least 6 staffers have left. The night workers are especially lazy. Peoples laundry is done, but it is a mess. it is all thrown together---towels, sheets, nice clothes and when they put them on hangers they don't even take the time to button the top button, or hang up the pants neatly. The food is not good and never changes. it is about like hospital or school cafeteria food.

My mother needed memory care and a secure setting and we found it at Southern Pines ! I cannot say enough about the caring staff and the surroundings which are second to none. The staff love their jobs and the residents (we saw no turnover for over a year) and it shows! This community is a great value for the money and Thomasville, GA has many pretty places to go - including the City Rose Garden - which is next door to Southern Pines.

When I volunteered here I loved that the place was in a nice community, well organized and very clean. The only issue was i did notice the staff members weren't to personally involved with the seniors. For example I noticed an elderly woman continuously asking for help to put on her lipstick, no one would help her so I went ahead and did it myself.
See all Assisted Living reviews (10) See fewer reviews
Get Costs 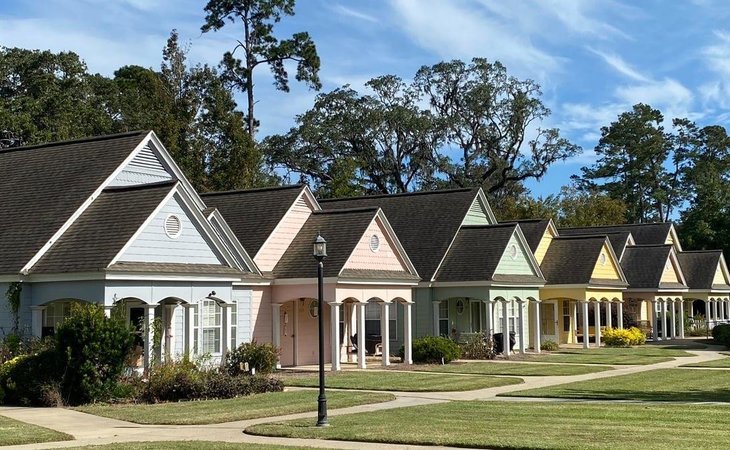 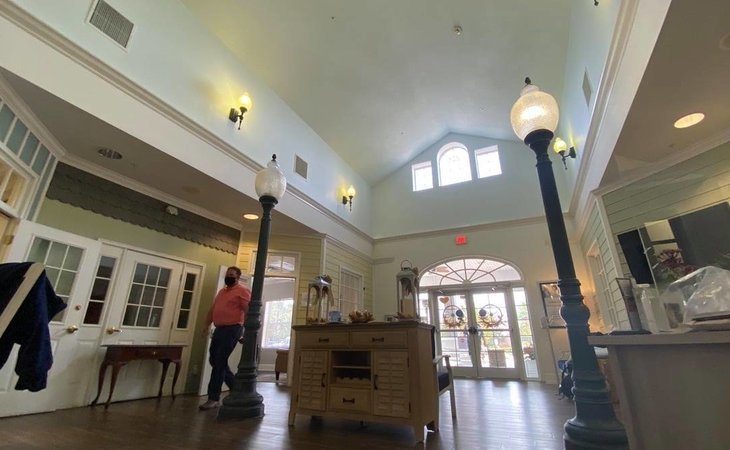 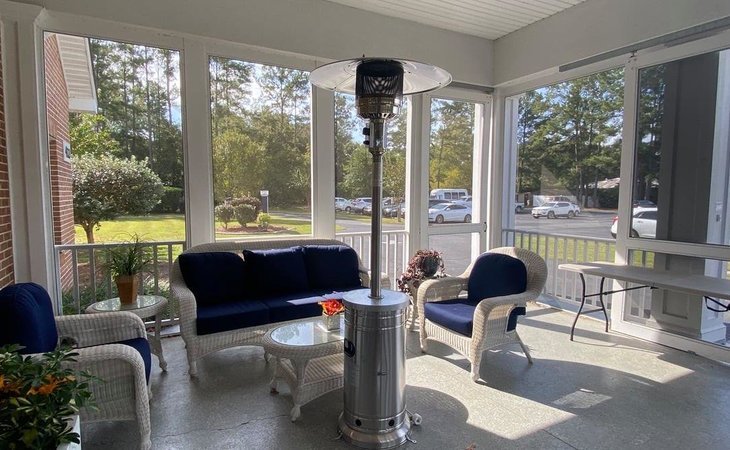 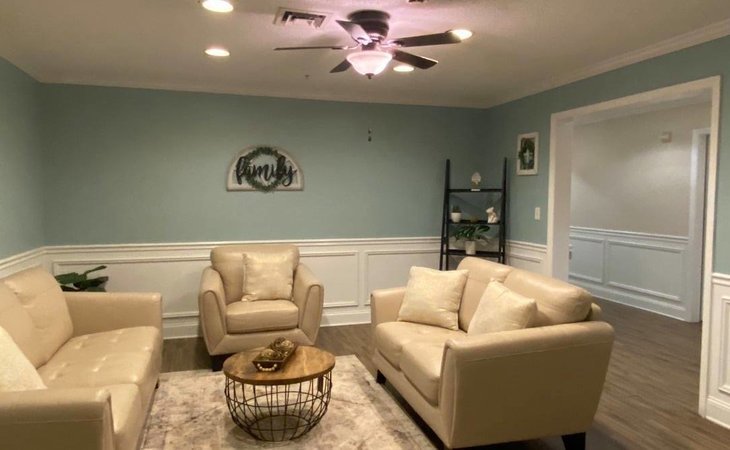 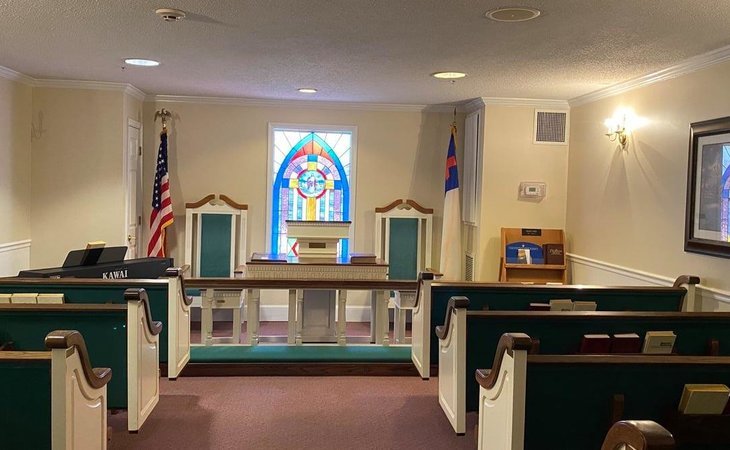 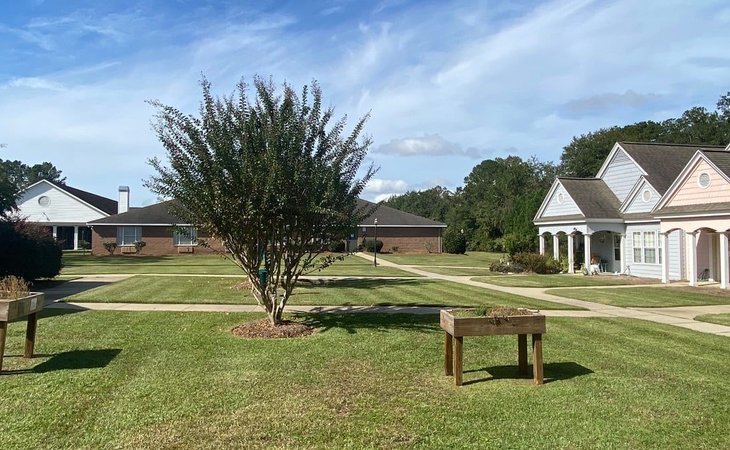 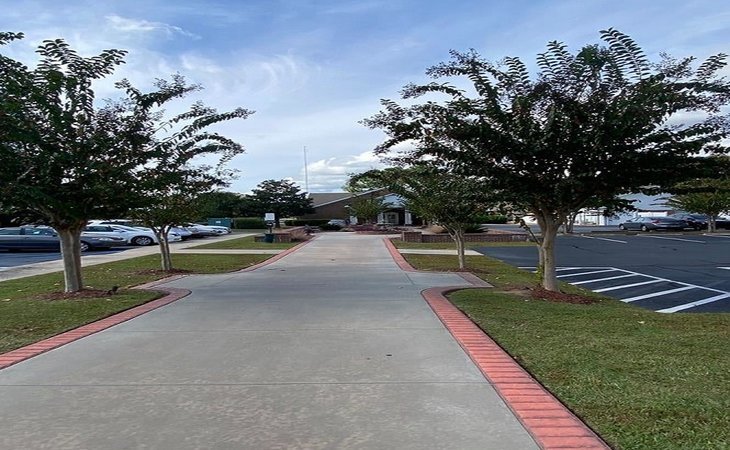 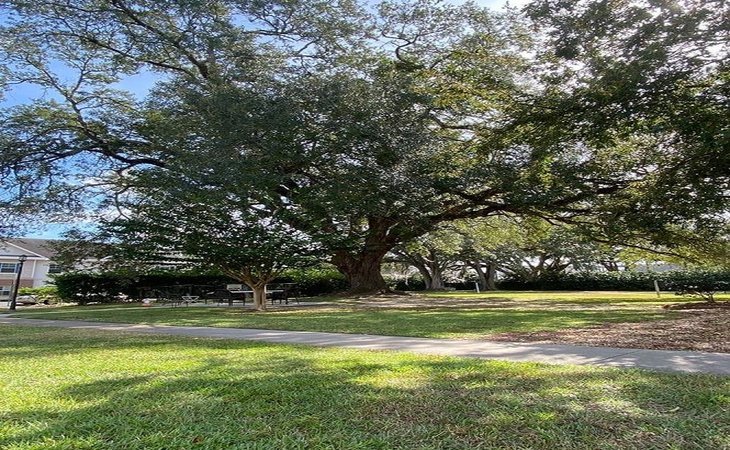 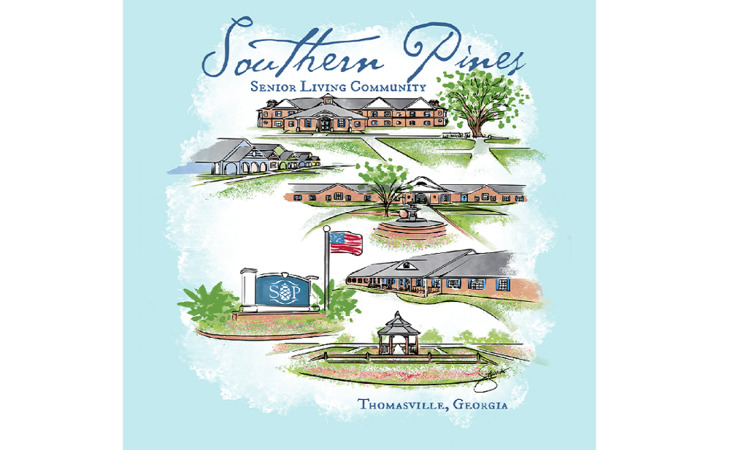 We have a variety of living options, including independent living cottages, personal care apartments, a dedicated and secure memory care neighborhood, and respite care room. Our care team will assess your family's unique situation as well as connect you with local services and resources, provide education and assist your family in developing the care plan that best fits the needs of your loved one, while also caring for yourself.

Voted Best Senior Living Community in the Times-Enterprise Readers' Choice Poll, our community adjoins the famous Thomasville Rose Garden and Cherokee Lake Park, and most apartments have views of Thomasville's natural beauty. Downtown shopping, nationally accredited restaurants, Archbold Memorial Hospital and the YMCA are all just minutes away from our campus in one of our community shuttles.

Other Senior Care in Thomasville, GA