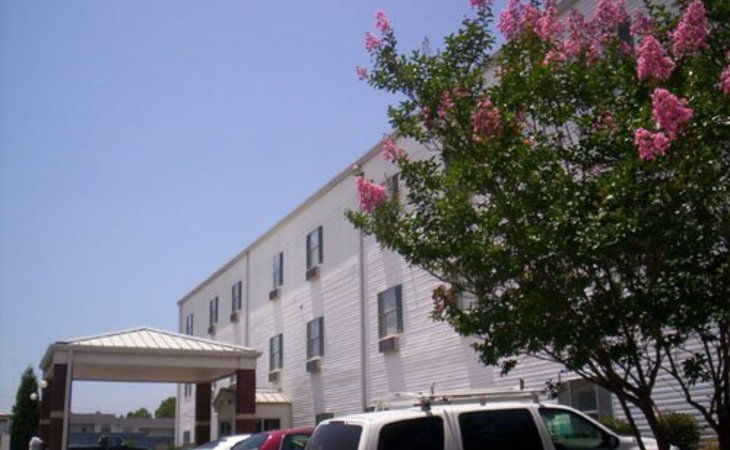 Pleasant Villa Independent Living was very nice, though it's an older building. The person that took me around was very informative, and I enjoyed that also. It was a nice facility also, and I have nothing negative to say about it. They have a washer-dryer facility available, but not in the rooms, and all the rooms have a kitchenette.

Pleasant Villa Independent Living is very good with their people. I went there during lunchtime, and it smells great. They had a piano in there, and they were letting them sing songs. They were socially active, and I liked that. They are a small apartment kind of. The people are super nice. When I visited they were very attentive, and I could not see where they were showing any partiality. It was a good atmosphere, and it was nice and clean.

My mom and I went to Pleasant Villa Independent Living. She looked around and she said she didn't like it. It wasn't bad or anything. She didn't like the entranceway, the part to get in, and she was concerned about the parking. We just looked around, we had no interactions with the staff, there wasn't someone taking us around. We just went around the perimeter of the facility and we saw the gazebo, the chapel, the parking area, and the entrance. It seemed very clean and very pristine.

Pleasant Villa Independent Living was OK, I just didn't like the way it smelled. My brother was there and he did complain about some of the residents. They had some minor arguments or things of that nature, but other than that, I really can't say anything too bad about it. I would go there every week to make sure he was taken to his doctors' appointments, and take him to Walmart, and different places like it. They didn't have the facility where they would take them anywhere. He was in a studio where we had provided his bedroom suite, it wasn't that large, but it accommodated him, because he was living by himself. They did have certain activities where they would play bingo, and they played other different little games every day. I think he said that they would show movies for them, and they would allow the family to come and eat with them, like if they had a birthday they would try to celebrate the birthday. They had a beauty salon, and they had a laundry room where they could go downstairs and do the laundry, and if they wanted someone to wash their clothes for them, because some of the men didn't want to do it or whatever, they had someone to wash them, and they just charged them for it. The staff was very friendly, and seemed to be very concerned about the people that were living there. They had their three meals, and he wasn't too pleased with the meals, and I would have to go get him food every day. It was like going into a hotel or motel to a certain degree. It was a little overpriced compared to others that he had been in, but it wasn't nearly as clean, and it wasn't up to the standards that I would prefer for him, but it was close to me, so that's why I put him there. I don't think they would charge quite as much 'cause the building was kind of old, and the elevator was real slow. It was $2,000 a month, and that's what we were paying in another place, which was much nicer.

Pleasant Villa was filled up, but when they get an opening they'll call me. It's a nice place and the people there were also nice. The staff was beautiful and invited me to stay for lunch. The rooms were small, but it was a nice community. When I walked through, the people were very courteous, and very nice. The residents there were very content, and I can see that they're happy there, and not going to move either.

Pleasant Villa was beautiful. It was a great facility, but it was really for seniors looking for independent living. It was very nice, but it was not a great fit for my dad. I saw the community area where they were watching TV, and the dining are. I believe they provide three meals a day. The staff member was very helpful, he answered all my questions, and the dining staff was very nice.

My father is in Pleasant Villa. I don’t have any problems with his room. It all seems nice and well taken care of. It is just the right amount of room for what he needs. Pleasant Villa is an older building, but it is well kept. There is no décor in your apartment; you have to bring all that yourself. When you get a large room/apartment, you have a kitchen with a refrigerator, you can bring in a microwave, you have a big bathroom, and if you need assistance or stuff like rails on the toilet or handrails on the bathroom, you just tell them what you need, and they’ll fix it for you. All of the staff seems very friendly. I like them all. They offer my father breakfast, lunch, and dinner. They have a laundry service once a week. They would do medicine reminders. Pleasant Villa is the most convenient, the best option, and the best price for what we were looking for.

Thank you. We are glad that your father is safe, comfortable and happy living with us.

Pleasant Villa was wonderful. It was nice and light. They had remodeled. The residents were happy. I had lunch there, and the food was good.

My relative is in Pleasant Villa. We chose it because of its location, price, and the people. He plays bingo. They serve three meals a day. The staff is very caring and accommodating. They can provide transportation for his doctors' appointments. The place is clean, easy to go around in, and is a good fit for him.

Pleasant Villa is close to my mother's home and her church. The cost was a lot less than most of the places, too. It's been very pleasant. It's not a huge place, but it is nice and always looks clean. My mother stays in a 1-bedroom apartment. They provided 3 meals a day. I've been there several times when they were serving and food it looked fine to me. They don't have a medical staff, but they do handle her medicine. I think they have a mild exercise class in the morning. Most of the residents' average age is 70.
See all Independent Living reviews (10) See fewer reviews
Get Costs

Describe the overall population of independent living residents at Pleasant Villa Independent Living. What is their average age? What are their favorite things to do?

Ages spread from late 60s to early 90s. Mostly single occupants, a few couples. They enjoy our activities and the occasional outing.

What are some recent off-site events that the community activity director at Pleasant Villa Independent Living has organized?

Visits to a flea market, a Christmas festival, and a church choir presentation.

What makes the chef or dining program at Pleasant Villa Independent Living exceptional? What kind of menu can independent living residents expect?

Full Breakfast (similar to a Waffle House) each morning, custom made to their desires. Full Lunch (meat and two sides, desert) each lunchtime. We can work with most dietary restrictions. Lighter Dinner every evening.

What common areas are available for independent living residents?

Emergency call pendants can be provided with enhanced services. We make a point of checking on people who miss a meal they would normally attend.

If Pleasant Villa Independent Living accepts dogs or cats, what indoor/outdoor areas can they enjoy?

We are located on 6 acres, so plenty of grassy areas around us. Dogs are limited to 25 pounds, and both pets are subject to our approval.

Does Pleasant Villa Independent Living work with an agency or registry to provide nursing and medical assistance as needed?

Pleasant Villa will allow any agency or registry or home health or aide to come in and assist a resident at any time. 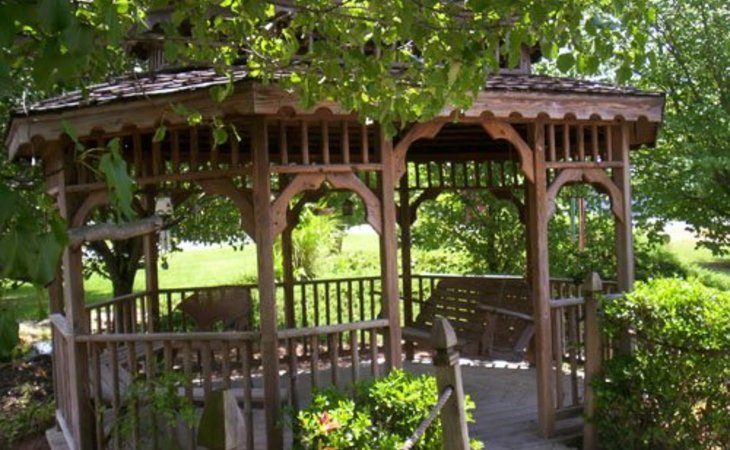 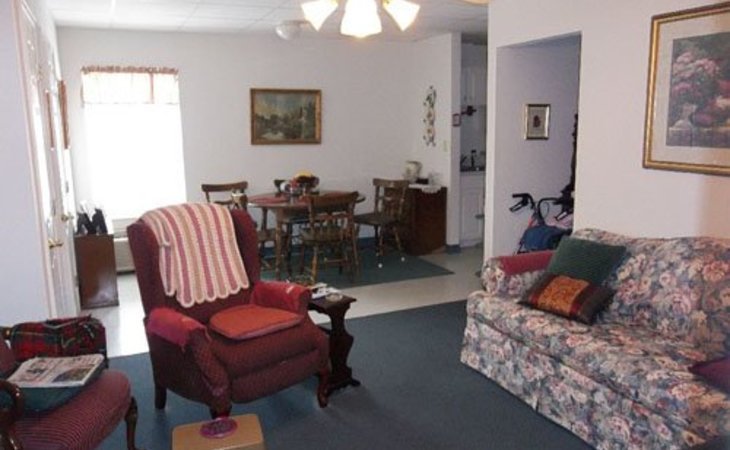 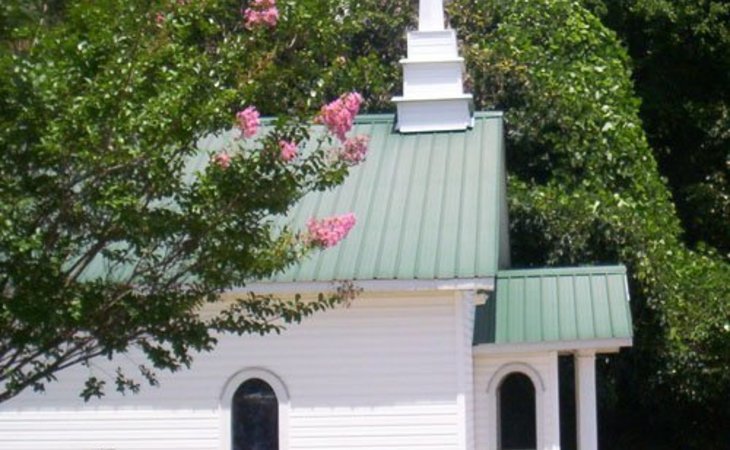 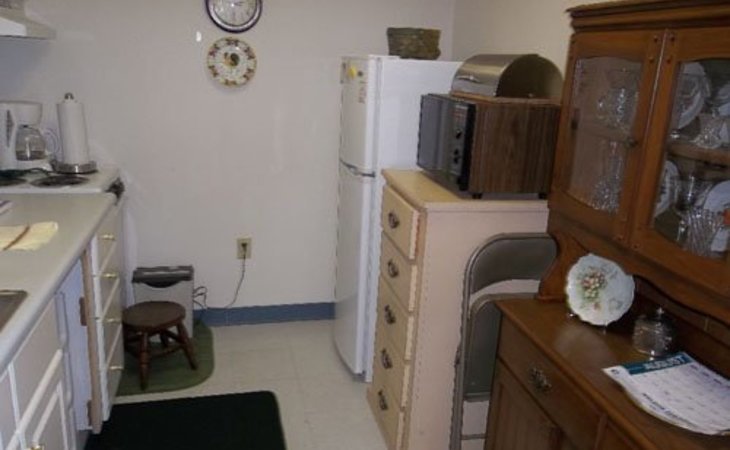 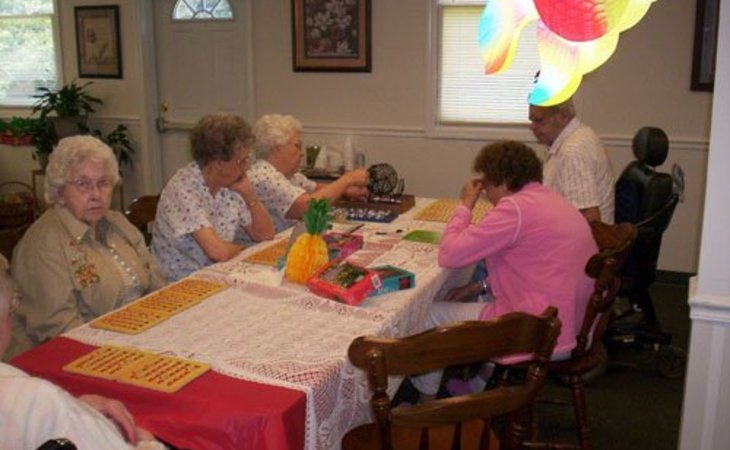 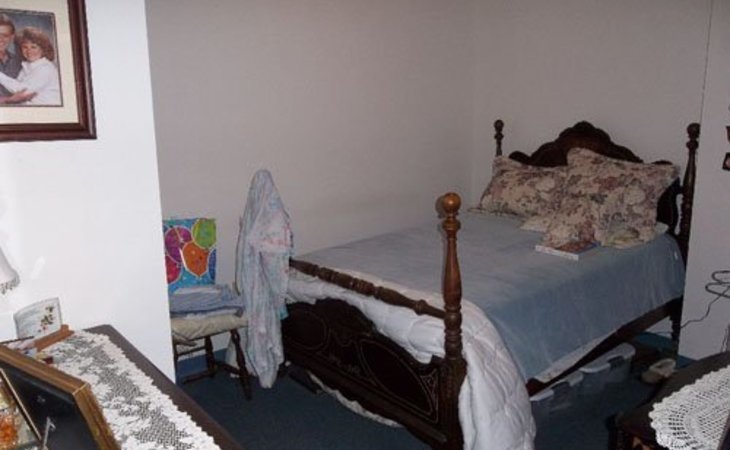 Locally owned and operated, Pleasant Villa Independent Living provides a safe, comfortable, stress-free place for today's Independent Seniors who are seeking an affordable option in the Greater Birmingham area. All of our three different sizes of one bedroom apartments are ready to be furnished with your own belongings. We provide three fresh cooked meals daily, as well as weekly housekeeping and laundry services. We provide activities twice a day, exercise classes three times a week, and Bible studies weekly. We provide local transportation to doctor's offices, and a weekly shopping service. All utilities are included, including cable TV and WiFi. And we are staffed 24 hours a day...just in case.

Pleasant Villa is smaller than most other Independent Living facilities, only 32 apartments, which creates a greater sense of family while allowing us to give more personal attention to each of our residents.