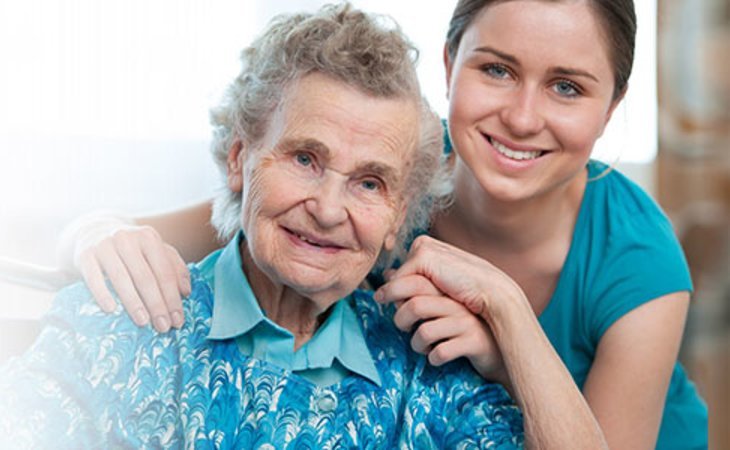 The Residence at Oshkosh

Preston Place seemed a little bit rundown, and I think I got that feeling because not all of the lights in the hallway were on because it's not 100 percent full, it's probably like 70 percent full. I know they had some administrative issues that they explained to me they were working through, and they had new people in charge, and it was getting better. The room was really good, but the dining room had a Christmas tree in it, which was kind of weird, and it didn't look like it was being used that much. The person that gave the tour was the building manager, and she was wonderful. She answered all my questions right down to how many cable stations there were. She was very accommodating. Basically, she stopped what she was doing, and gave me the tour right then and there. So, it was kind of nice to see it just as it was. It was good; that was a good experience. I did speak with the intake nurse, and she gave quite a bit of information, and she was very accommodating as well. They were very helpful. They told us about all the programs here in Wisconsin, and that was really helpful. That was about the only interaction I had with staff there. The gathering area was very nice and very clean. Because my mom has a hard time in long distances, we sat in that room. It was very clean, very inviting, and very sunny. It was very nice. The facility was very clean, but it was pretty dark, and that was kind of a weird thing.

Facility is very clean and smells good. The lady’s , Amanda and Brittany, in the office are very polite. Staff is extremely nice. Overall I am happy my Mother is living there.

My mom is in Preston Place. They are very nice even though they are not allowing visitors right now during COVID, but my mom was anxious and the floor nurse or the supervisor was very kind and let me in. I was able to talk to my mom and see her and set up the room for her and make her comfortable. She was in the assisted but it was the CBRF memory care portion. It is very good, the residence is very clean, nice smelling, which is not like nursing homes usually. They don't have a lot of staff, but the staff that is there are very on top of things. They treat my mom respectfully, work with her on her breathing, and they have been able to keep me up to date with her. We're working out some FaceTime right now because I'm in La Crosse and she's there. I was able to take her to appointments and bring her back, and overall it's been pretty good. Her room is nice and it has two nice, big sunny windows. We were able to bring her things in, and set her up so she was comfortable. When she moved in, she didn't have anything, but they did have a nice chair for her, a television, and everything to keep her busy a little bit. It's just six miles down the road from my dad, which meant he could go and visit, but of course he can't, but they even let him in briefly because they knew he hadn't seen her since she had been in the hospital. He got a chance to actually see her physically and that was a godsend because he was very, very worried about her, and he can't hear on the phone so it's very hard for him to make contact. The facility itself is very nice and very roomy. We had a little bit of trouble at first getting that communication started, partly on my end, partly on their end of how best to do that. We worked together and we figured it out. Overall, I think they've done a very nice job. They're taking good care of her and they're working with her. We've worked out some physical therapy and just recently we have decided to put her on hospice. That's new for us too, and it's a very difficult time when you can't see them, be with them, talk to them, and comfort them. They've been very nice. I questioned their weekend staffing but we're in the middle of COVID and I get it, they're doing the very best they can and they're doing a very nice job with what they have. Britney has been awesome; Allison has been awesome. There's a couple of ones that might be questionable, but overall they've been very kind and they've been very caring of my mother. It's a very nice facility. Wish they had more gardens, but that's just me. They have a nice seating area, a nice big fireplace, and a nice big television for community watching. They do have activities right now. I know they invited her to bingo and I know they're limited in what they can do with the outings and stuff right now. They're just trying to keep everybody because of the really big increase in COVID in Wisconsin, and it is what it is. When I went there they were asking people if they wanted to watch a movie or if they wanted to do bingo, they setup FaceTime for families twice a day, so that's very kind because that takes staff and energy to do that. I know today's pay is reasonable and you do have to pay the extras for assistance bathing and with the nursing assistant, and I am not sure where we're at but I'm sure that's gonna add another thousand dollars at least, if not $1,200 to $1,500 onto the cost of the base pay of $2,550, which I think is reasonable because the average cost is around $4,000 or something a month, so it is average.

Very understaffed. Lack of communication between shifts. Have had to search throughput the facility for an employee for help. Most meals are high in sodium. Would not reccommemd.

Place is clean so I give it one star, and the one and only person I did find working there was very friendly and helpful so I gave it another star other wise understaffed, grandmother is suppose to have Hospice but never anyone in her room they just sedate her and leave her to finish out her final days rotting in that place Very SAD ! I tried calling the main number but seems like the phone was off the hook so gave up.

Preston Place was very nice, I liked it. The staff was very helpful and friendly. The residents seem contented.
See all Assisted Living reviews (7) See fewer reviews
Get Costs

Services and Amenities of Preston Place

Enjoy a wonderful lifestyle at Preston Place where you can live independently with a little help or have our staff help you in our assisted living.

We aim to provide the highest quality of care to all residents at all times by making them feel safe, secure and cared for by our team comprising of an experienced caregivers. We recognize and uphold the resident's bill of rights. We respect the dignity and unique worth of each resident.

We maintain and promote quality of life by ensuring that opportunities are available, accessible and developed in order that every individual resident is assisted and motivated for growth in all dimensions of life being physical, psychological, and social.

Preston Place accommodates these needs through inviting and spacious settings. Our 60 private studio, 1 bedroom and 2 bedrooms are designed to enhance each resident’s quality of life, offering a beautiful home ambience without the burden of home maintenance. What’s more, there is no entrance fee for direct admissions.

Other Senior Care in Redgranite, WI