I had an excellent tour experience at Preston Place. They were very helpful, very hospitable, and they're going to provide the care my mother needs. They're in a very nice, quiet residential area, and the price was very reasonable. The person who gave us the tour was excellent and gave us tons and tons of information. They have a chef on-site, a nice dining area, snacks available at all times, and a secure front door. You need to be let in and there's a code to get out. They have several different activities scheduled, like bingo and other things. They have a nurse on-site and a person who is available 24/7 (if she should fall), and a life alert button. So, she's going to feel very secure. It's an assisted living, and so they'll do her laundry, maintain her room, and they have a little kitchenette with good safety features. We're really happy with them. They've even got a little pet, a tame rabbit, that the residents enjoy. It's just a very pleasant, nice, light, bright, warm, and comforting place.

My dad moved to Preston Place Sherman, and so far, it's excellent. We haven't had any issues although he hasn't been there that long. When something arises, I just reach out to the director or the nurse on staff and they take care of it. They're always willing to help. He says he's got some really good nurses that come in at night and during the day, and they've got a new cook on staff that he's loving. Overall, it's just been good. In terms of the cleanliness of the facility, there's an exception with his room and they want us to take care of that. Sometimes there are some things that could have been cleaned up when I got there. I've seen them doing activities and they seemed to be having fun. He said the food is very tasty. When he first started there, he didn't like the food, but they got a new cook and he's loving it. They offer haircuts if you pay for it, they will do his laundry, and they've got a nice courtyard that he loves to go sit out in. He's free for me to pick him up, take him somewhere, and then bring him back. He has a private room there and I like that.

My husband was a resident of Preston Place. When I went to visit there before he went in, I liked the friendliness of the staff, and the fact that they interacted with the people that lived there. It just felt warm to me. I think the facility is fine. There's nothing fancy about it. It's an older place, but it's clean and fine. He was in a studio, and it was OK. It was small. He's in a wheelchair and he was on quarantine because he hadn't been vaccinated. He had to stay in the room, and he felt a little claustrophobic because he couldn't get out or whatever. It was probably fine for someone who could walk in and out, but he was in a wheelchair, so it was kind of hard getting around. He was not happy there. He complained about the food being cold when he would receive it. He had a thing around his neck that he could push for help if he needed something. Many times, it would take them a long time to get there, a half hour, 45 minutes. In his case it wasn't a life or death, but it could have been because he's on oxygen 24/7. So, if he had needed help immediately, it would have been very bad. That's the difference; the administrative staff were great when I went there. They were very nice, very friendly. I'm just not sure if they're aware of how other people are being treated. It could be that the people that live there are being treated fine, but he was only there for a little bit, and there were a couple that were very nice, but there was one in particular that was not nice at all. When my daughter went there, he had pushed the button to get some help. He needed somebody, and it had been a half hour/45 minutes and nobody came. She went to find out why, and she said the light goes on in a closet somewhere. So, unless they walk in that closet, they don't even know that someone is requesting help. One of the gentlemen, a maintenance man, came to the house and picked up his recliner so that he would have his recliner in his room during that time; that was above and beyond. I was very impressed with them. I guess value for the money would be fair. They had to give him medications, which they did not always give on time, but they did give the medications. On the day I went to pick him up to bring him home, it was late in the day and the administrative staff was gone. His room had not been taken care of. I was very upset with his room; there were dirty cups sitting around, Styrofoam cups. I had taken two urinals, and one of them was so stained the whole room smelled like urine. So, these were pretty upsetting to me. I wouldn't take him back there just because of those things. I was going to call them and talk to them about it, but I just haven't.

Thank you for reaching out and sharing your concerns. Our team is dedicated to meeting our residents' needs, as they are always our #1 priority, and we take feedback like this very seriously. Please call our Enlivant Cares line as soon as possible to discuss the matter further. Thank you; we hope to hear from you soon.

I went to Preston Place, and that would be the one that I would want my relative to go. I didn't get to go in, but she took her phone and showed me, and that would be where I would want to go. I liked everything about it. They met me on the porch, we talked a little bit, one of the ladies took her phone and showed me around. We couldn't hear what she said, but I got the gist of everything. I liked the staff there. I didn't see any activities, but they told me about a gardening club, and different things that they had, and it was really something that I felt my relative would like. I liked the fact that it was secluded, and if she wanted to walk all around the building, it was all concrete, they had a little porch where they had a table and chairs where she could sit down and enjoy. She likes to be outside, and I really felt that she would really and truly like staying there. It was not far from her doctor.
Get Costs 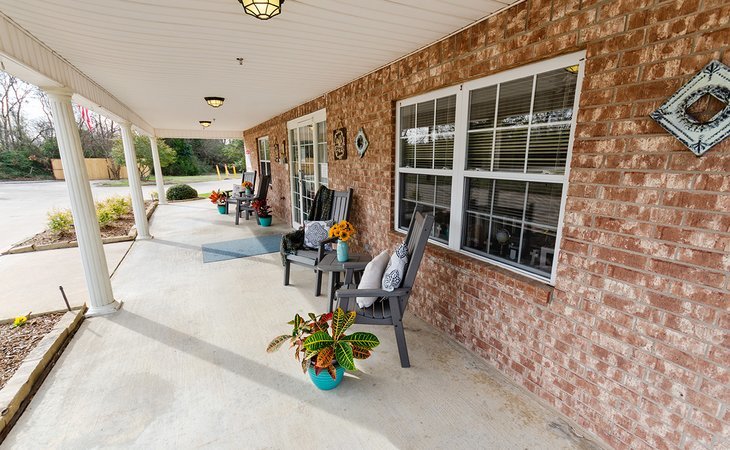 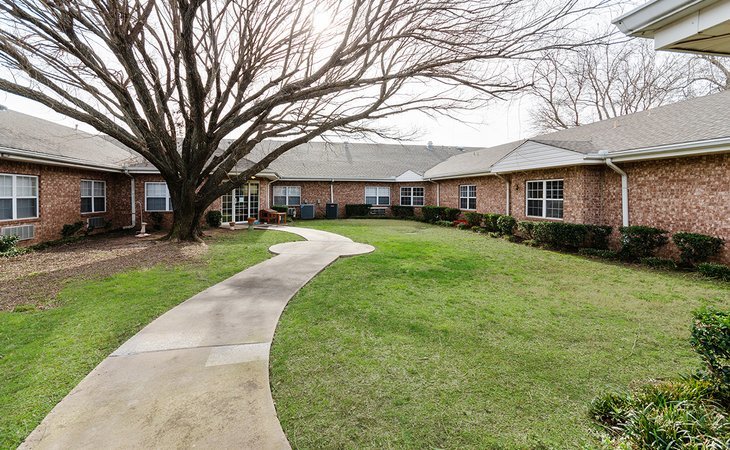 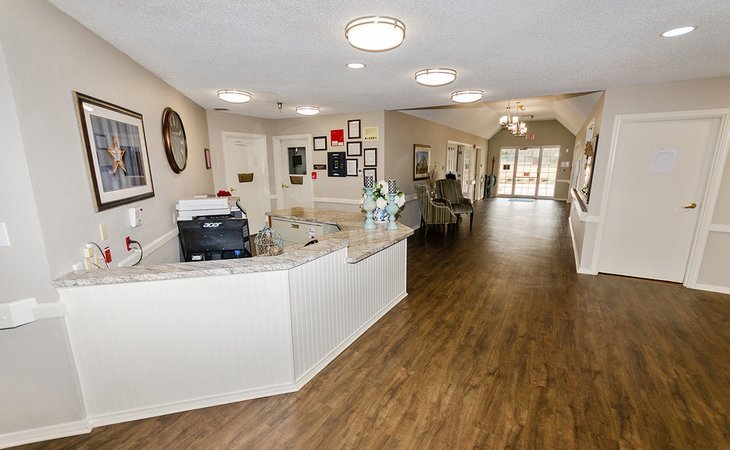 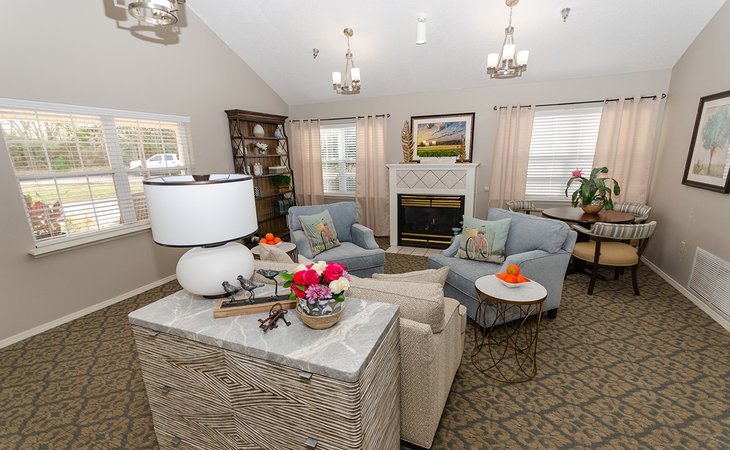 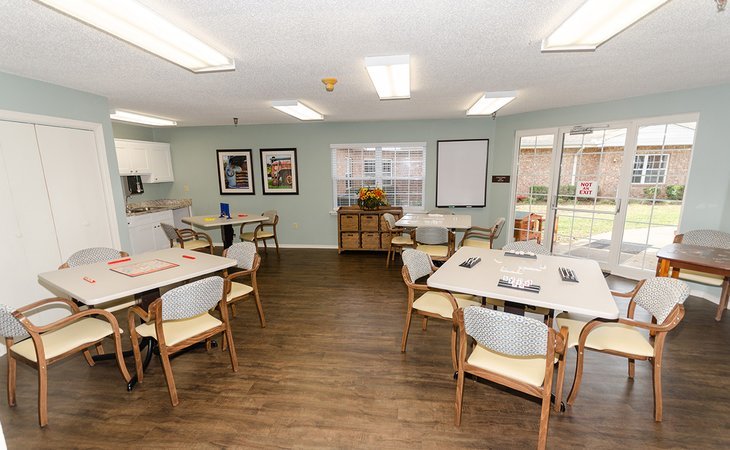 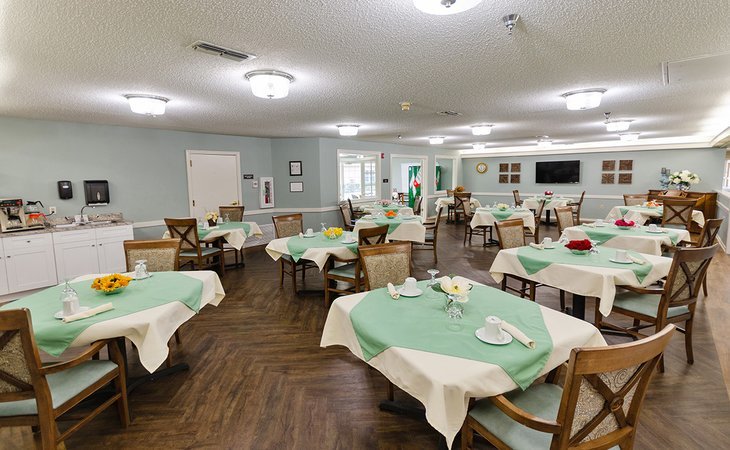 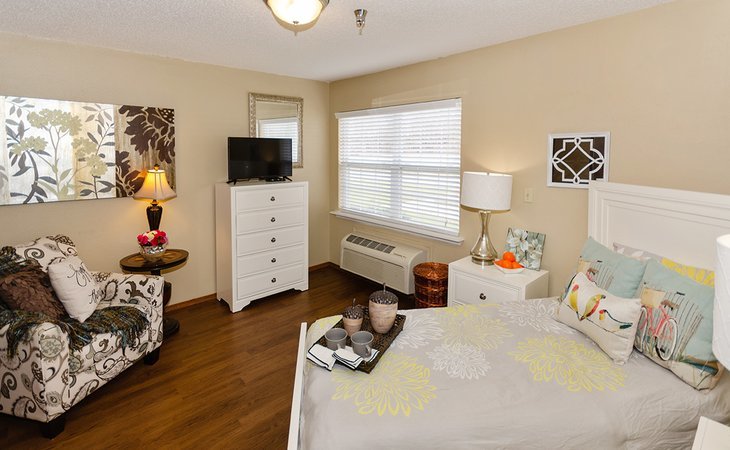 Services and Amenities of Preston Place

At Preston Place, our senior living community, we develop caring, personal relationships with residents and their families. We develop individual care plans to meet their needs, and a full-time registered nurse is available 24 hours a day to provide clinical oversight and coordination of care. We encourage our residents to flourish in our pet-friendly community by engaging in a variety of activities, such as church services, bingo, arts and crafts, yoga, chair exercise, and brain teasers. We take regular shopping trips, visits to the local wildlife museum, and various monthly outings. Schedule a visit to our Sherman assisted living community today!

Other Senior Care in Sherman, TX