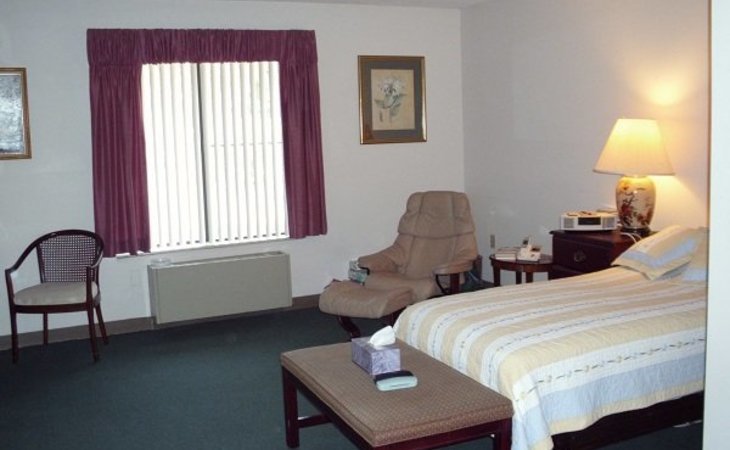 The staff at Indigo Manor Assisted Living were very competent and helpful. They have a nursing home and an assisted living facility there. The facility has been revamped over the last couple of years, they said. I chose this community over the others because they're going to get me Medicaid.

Indigo Manor was average quality, but the people were very nice. The patients seemed very happy there. The rooms were about average, but the rooms and the common areas were clean and well maintained. The facility location was ideal for me but not necessarily for my father. The grounds were clean and not in disarray. They had the lowest price in the area.

Actually we did have an appointment at Indigo but the girl, who was taking prospective residents, somehow did not get the message. But other than that she was very friendly, and when you are not expecting someone to come in the middle of the day and they do, but she was really so kind and cool and everything about it. And that place I liked the assisted living part because the rooms were all one room and they were not chopped up, so I liked that. Indigo Manor was fine. My main thing is most of these places have carpet in the residents’ rooms. I understand having carpets in the hallways, but carpet in the bedroom? I know I will never move into a house or apartment or whatever that already has carpet in it. It is going to be either ripped up and put hardwood floors or put new carpet; I’ll never live on somebody else’s carpet. So those things I don’t like. I am giving it a four only because I liked the lady who was there. Would I want to live there? No.

Everything is clean, and the food is good at Indigo Manor. They take good care of my mother. She is happy being in there.

The staff was fantastic at Indigo Manor. They were great people. I was very happy. The facility was fantastic. The rooms were a little bit small, but they were still very nice. I did not see any of the apartments. My mother-in-law was in the memory care unit. I was very pleased. They had a lot of activities like nail painting for the ladies.

I was very upset and disgusted over this facility! I have had a family member there this year and she walked right out the front door! Anyone can just walk in without signing in and walk out without a soul noticing! Their carpets are worn and the hallways reak with a heavy order. The rooms are dirty and the walls are filthy. The ceilings look like they have black mold developing. Everyone's too busy for aeven a second to help you or to even stop and talk. The administers are rude and especially to their staff! There are some very hard working nurses and nurses assistants in the building and I've over heard and seen with my own two eyes how unprofessional they are to them. I've heard the DON yell multiple times to aides and nurses and one specific episode she had with an aide in front of residents even!!! I am not one to be mean and nasty or write bad reviews. In fact this is maybe the third not so good one out of 22 I've written ever! However, it is the worst yet!! Also I notice on this site a couple good reviews and bad ones yet on their website they only post and show you the good one!!! Very unprofessional and under handed.

My mom went to Indigo Manor in their rehab facility for six days. The place very nice and very clean. It was like a hospital and I was very impressed with it. The staff were wonderful and when we were there, they helped me and my mother. My mom likes the food there.

Indigo Manor is one of the nicest centers I have ever visited. My mother has been at several in the area and Indigo shines against all of the others. I have NEVER seen a nicer or more caring staff! My mom was there in 2006 and then again in 2012 and a lot of the staff was the same. That says a lot. I have been given phone numbers of administrators at home on the weekends, and they couldn't be kinder to me. My favorite nurse also has her own mother in the facility. The residents as well as their guests are extremely friendly. My mom is home now, but I would take her back again if she needed to go. Fantastic in every way!

When I arrived at this facility I thought it was quite large and reminded me of a state run facility. There was ample parking for visitors and staff, but I did notice that the facility seemed to be located in a rough type of neighborhood. I was hesitant to leave my car even though I had an alarm on the car. There were men and teenagers just hanging around on the corner and in the parking area. As I walked inside I did notice an unpleasant odor, worn carpeting, furniture that had definitely seen better days. Also I noticed that when a person enters the facility they do not have to check in, they are free to wander around. I did "wander" around and noticed that a number of the residents were just sitting alone, not talking or taking part in any type of activity, some were very poorly dressed, buttons not buttoned properly, etc. When I did happen to see a staff member it was as though they were in such a hurry that they had no time to really spend talking to the residents or help if the need be. I did notice that they had a spacious dinning area and there were a number of different dietary items listed for that day. Also I noticed that they also had a list of activities that the residents could take part in if they so desired.
See all Assisted Living reviews (11) See fewer reviews

Understanding there is a pandemic but why this facility is Refusing to allow family members to visit their loved ones, at a window. We have asked if we could make an appointment, To at least to be able to see through a window our loved one. They absolutely refused, saying they just won’t do it. How is this mentality healthy for the people that live there? Not asking to go inside, Just let me see my loved one is ok. Of course the director Randy his not professional enough to return phone calls or to send a letter to families let them know what is happening inside and why they won’t let window visits take place.

The Social Service Department is very unprofessional. They assured me that they would advise me of the agency to provide follow up care at home and never did. Not even the nursing dept able to provide this info. Unacceptable. No-one takes responsibility. The Rehab staff are great, especially Jenny and some of the CNA's are, especially Jamie & Carolyn.

We had terrible service for my wife's mother in the rehab facilty. Paperwork was never filled out unless asked for multiple times. Senior staff did not communicate with our family very well at all. We were moving my mother in law into assisted living 3 hours away and Indigo manor made the process very difficult. One day they called and said she was out the next day and then blamed the insurance company. Turns out Indigo manor knew all along that could be the day, but even when we asked they told us she would be staying longer. Scared the heck out of my mother in law. Even on the pick up day, details like oxygen had been overlooked. I would not recommend this facility to anyone.

Indigo Manor was probably the nicest place in the county. The staff were great, and the care they gave was really good. There were a lot of staff for so few residents. They also had a long-term stay, and they did a pretty nice job. The place was very clean, and they kept that up very well. The rooms were a good size. My mother had no comments on the food, and I was not able to try either.
See all Nursing Home reviews (5) See fewer reviews
Get Costs 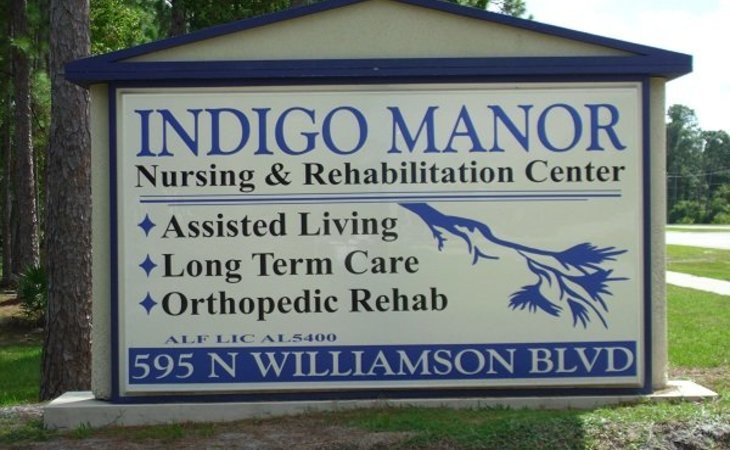 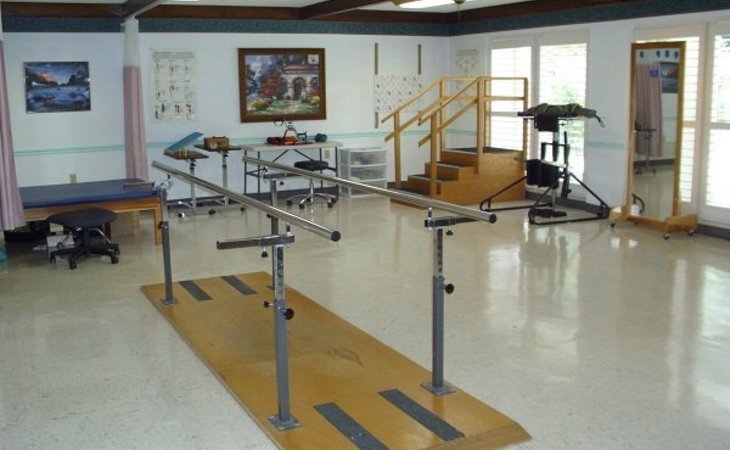 Indigo Manor was established with excellence in mind. Our standards are extremely high. To maintain those standards of excellence, we have recruited highly skilled professionals in all of the fields of knowledge that an institution such as ours requires.

Come see why Indigo Manor is becoming the leader in Dementia Care! Please give us a call to schedule a free tour.