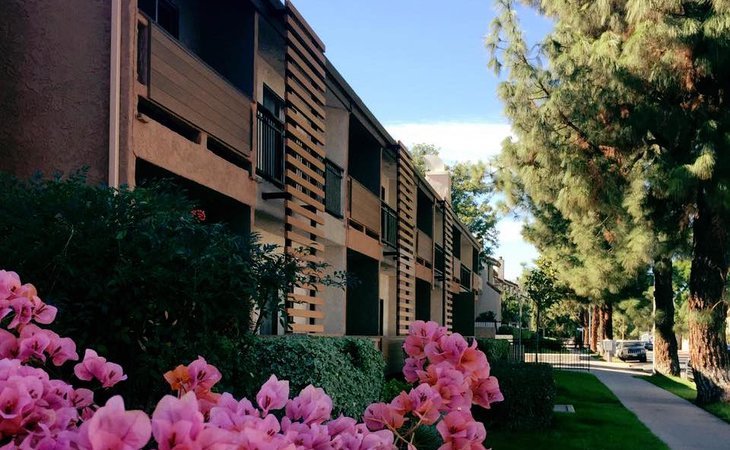 We toured Canyon Trails in person. I've been dealing mostly with Barry, and even before we went there to visit I already had concerns. When Barry and I talked, he mentioned that I could only see my husband by appointment and for 30 minutes at a time, which bothered me. I texted him and said I don't want to be told I can't see my husband, and I don't want to have to make an appointment to see him. I thought it was going to go to a business line, but it was his private phone, and he was back in touch with me, and said he would explain everything. Then in the morning, there was a long message from the executive director, Susan, explaining that it's because of COVID that they're doing these appointments. She said that if I need to be with my husband longer, then of course I can do that. We went there yesterday afternoon and they were very nice, they let us park in their subterranean parking because my husband's in a walker. Both Susan and Barry were waiting for us in the elevator downstairs in the garage to welcome us, which was very impressive. They got renovated three years ago. From the front, it looks like an apartment building, that's why we drove past it the first time. They took us into a little room, Barry had texted me and asked me what we wanted, and we said just water, so they brought in a nice pitcher of iced water, which was wonderful, and they went the whole nine yards and gave us scones with jams. They also had a bag with masks and hand sanitizer. The facility itself looked very nice, but every single place is a studio, and it's 300 square feet, so it's tiny. To try and put a sofa, a television, a bed, a dresser, and all of that in there would be claustrophobic, and that's just for one person. If you're going to have a roommate, you're going to have to share 300 square feet. To me, it would be like a prison cell or a dorm room. It's just too small and all of them are 300 square feet. That was a real turn-off for us. My husband's caregiver had done assisted living before, and so I value her input. She felt that 300 square feet is very small. They did have an outdoor patio for each room, that's why it looks like an apartment building. That's a nice touch, but it still does not give you enough room. They have a double closet in there. The thing that was spectacular about this place, which I would give them high marks for, was that everybody from the head to the maintenance, who we happened to be with while they're showing us around, down to the chef who came in to talk to us. The friendliness and engagement are great. They have a beauty salon where they have someone there on Wednesdays and Thursdays, and the person there also came out of the salon to say hello. They have an activity director who posts all the activities for the day on the whiteboard. They have bingo and golf. They were playing a game with music at the time we went through. They were probably guessing what the music was and 15 people were sitting there working with the activity director. They have buses to take you to doctors' appointments. They have this beautiful patio, so in the summer when there is no COVID they will have orchestras come and they will have barbecues outside with music. They have a lot of very nice activities. The facility is spotlessly clean, it's refurbished beautifully, but it's a little chopped up. They have a dining room, they have a bistro, they have a small living room, and it's a little chopped up. They have a very nice lobby with an extremely friendly receptionist who came out from behind her desk to greet us. After the tour, we weren't even in the car for ten minutes before Barry sent us a thank you note for coming. They also give amazing handouts. They gave us a full binder, like a notebook you take to school, full of information about the company, the place, and sample forms that you would need to fill out. We also got a thank you note from Susan today, so the follow-through was excellent, and that's very important for me.

We went to Canyon Trails. Everything was really nice on the assisted side. On the memory care side, it looked like they were really taking care of the residents. I liked the way they interact with them. The staff member during the tour was fantastic. I would recommend others visit it because the prices are fair, they're friendly, and they offer quite a bit.

Canyon Trails was very nice and had a range of activities. The rooms were very well furnished. The staff was extremely helpful during the tour and with follow up.

My husband moved into Canyon Trails about a month ago, and it's been good. He's safe and happy and seems to be doing fine. The food is OK. The staff is very good. My husband does bingo, takes walks and plays poker. He's doing all the activities.

Canyon Trails was excellent, but they could not support my cousin's medical needs. He needed more than an assisted living place. Everything at that place was wonderful. It was lovely, and I don't have complaints at all. I saw a lovely room with a patio. The kitchen area and eating area were lovely. They had a beautiful back patio area. It was immaculately clean and very nice.

I toured Topanga Park and thought it was very nice, very birght, and airy with a great atmosphere. It is where my mom is going. The people there are extremely friendly. The respite apartment was super nice. I kept waiting for the nurse to call me to assess my mom, and she didn’t. The communication with the nurse is not so great.

My husband is at Topanga Park. The staff is very good. The dining facility is very good, and the food is very healthy as well as tasty. The rooms are very nice. The only thing that I would like is a better way for my husband to be able to contact them. They have a speaker system, but since he can't walk much, it is hard for him to get over to it. They said they would check every half hour, but still it would be easier if you could just push your button and get somebody to come to him. However, I think it is a very nice facility.

We had Topanga Park Assisted Living for a short time, and the facility was fine. The staff was very nice, and he enjoyed his stay. We had a bit of a problem as far as his oxygen, but other than that all went fine. He enjoyed the food as well.

Topanga Park was suggested by Kaiser Permanente, the hospital that my sister was in. It's a very nice place with very nice people. They do keep in contact with me. I have no complaints. It's just that it's difficult to manage my sister's medicine. She's bipolar schizophrenic. And that is the problem we're having, she's not taking her medication. So we ended up putting her back in the hospital for 10 days because they cannot force people to take the medication, and then back to the facility. It's just a vicious cycle.
See all Assisted Living reviews (9) See fewer reviews

My mom has been at canyon trails memory care for around 1.5 years due to dementia. The staff there have been amazing. From Samantha at the front desk to the med techs Diane and Sandra my family has been so happy. Mom is safe and cared for, that’s the most important thing. Due to Covid we can’t be there as we would like but staff is great about keeping us up to date with any changes with moms behavior. Dealing with a loved one with dementia is hard and we are grateful for the staff here

My experience with Canyon Trails has been very good overall. Everything is quite satisfactory in terms of the staff and the location; it's been a pleasant arrangement so far. My wife's room there is sparse, but it's nice and clean. We furnished it with a few pieces. It's not home, but it's OK. She's not a big eater, which is a problem, but last night was the first time I saw her eat everything. I have also tasted the food and it's OK. They have a lot of activities for the residents, although she doesn't get involved. There are four of them that sit together at every meal and they're the healthiest residents there. Some of the residents look like zombies sitting in their chairs. Some of the activities include passing a great big ball back and forth, they have sing-alongs, they take them out to the patio to relax, they also take them out on short walks, they have musical entertainment, and bingo. The staff tries hard to take the residents out of their rooms and out of their beds. The staff is good, and everybody eats the food. It's expensive, but I'm sure it's worth every penny. Still, I was shocked when I got the first bill.
Get Costs 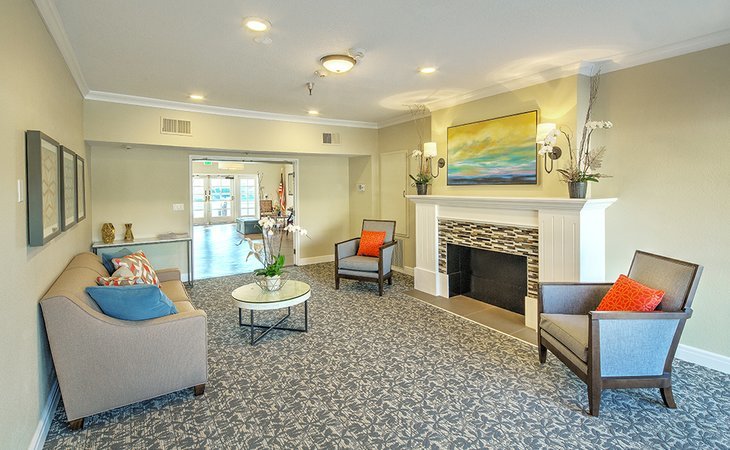 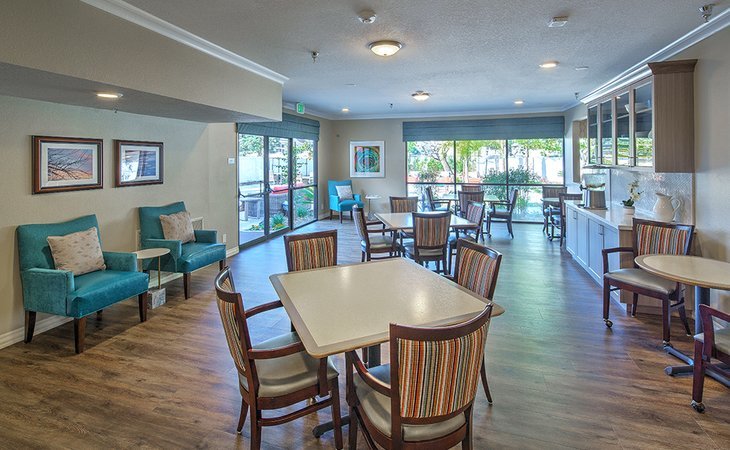 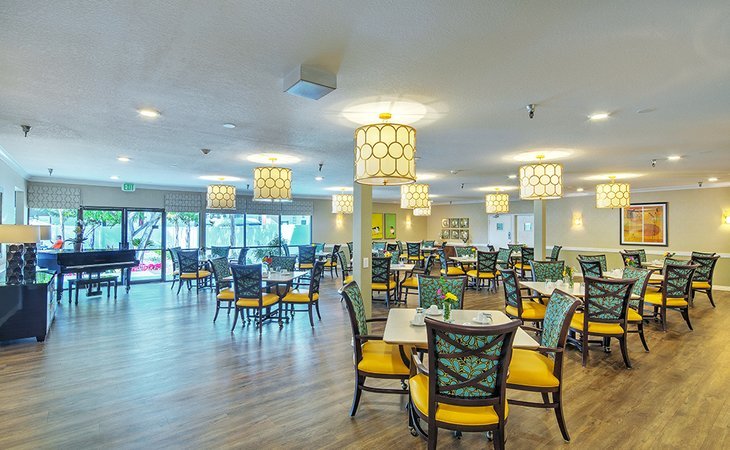 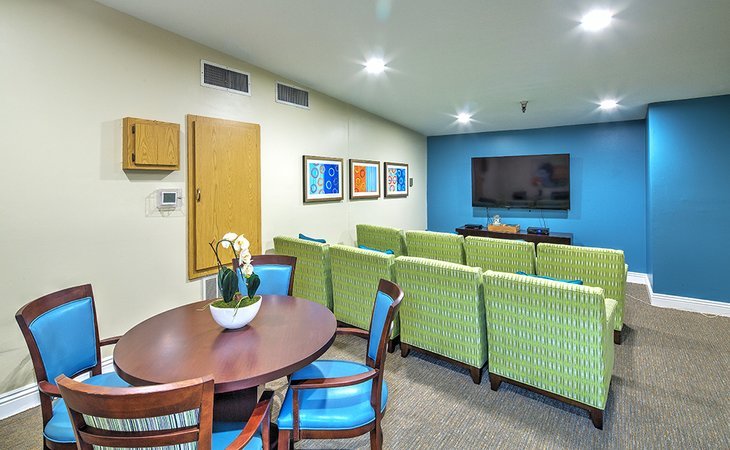 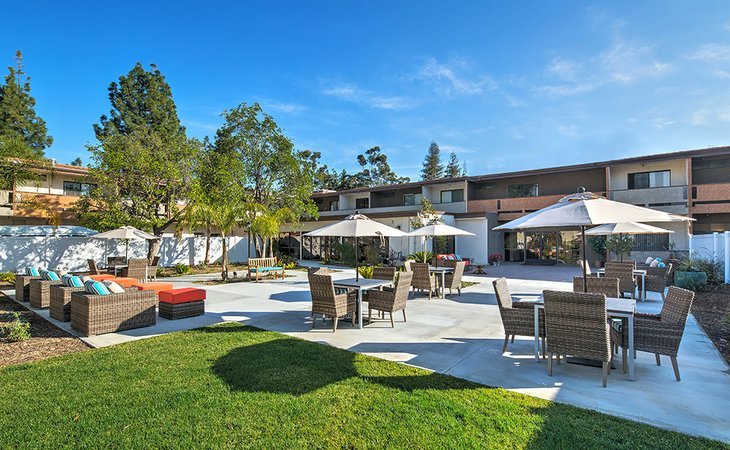 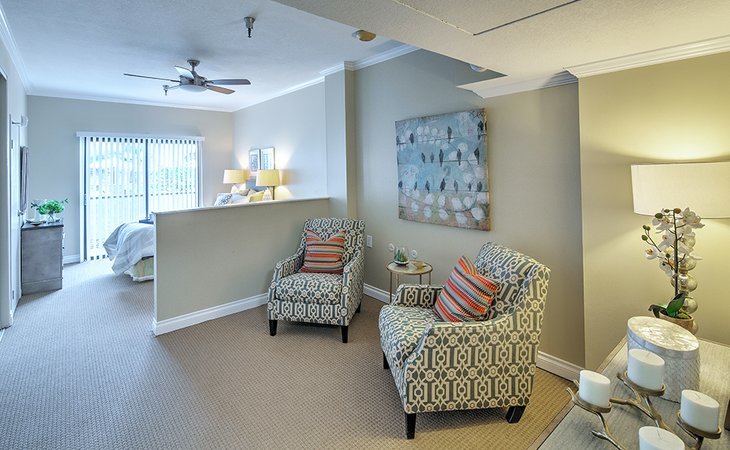 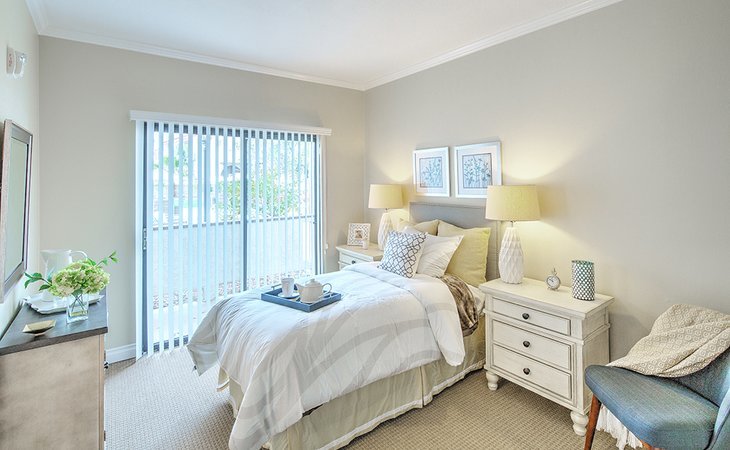 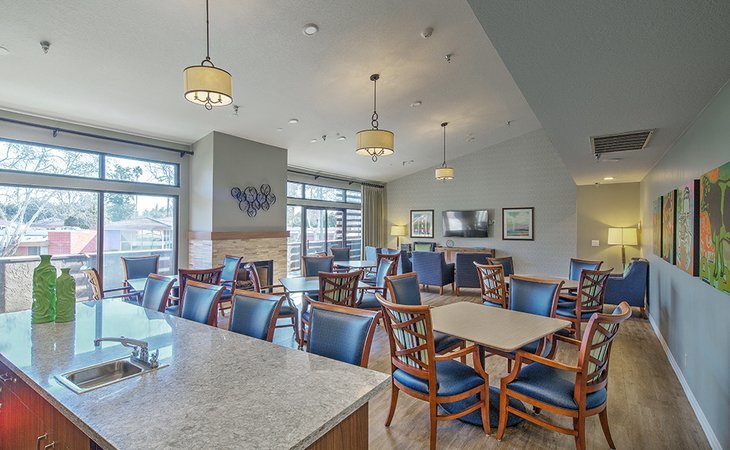 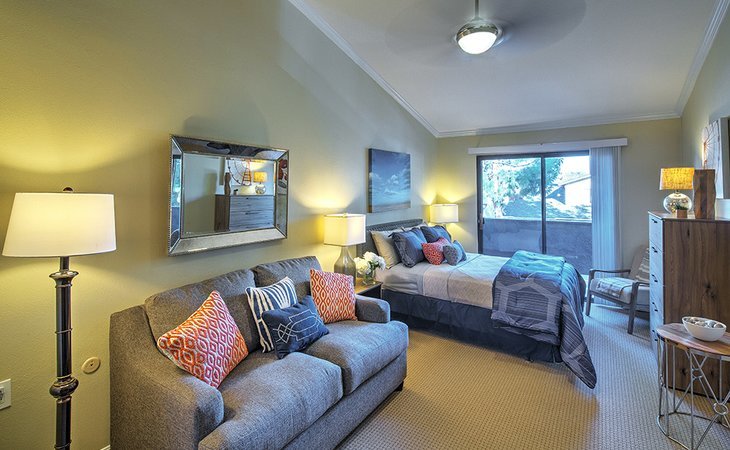 Services and Amenities of Canyon Trails

Canyon Trails is a senior living facility that provides comprehensive, licensed assisted living in the Canoga Park area. Canyon Trails offers a variety of services, including weekly housekeeping and scheduled transportation. They have a caring staff on hand 24 hours a day who are knowledgeable and capable of providing tailored care for residents. As they value and honor residents, their caregivers share the passion for safeguarding residents' well-being.