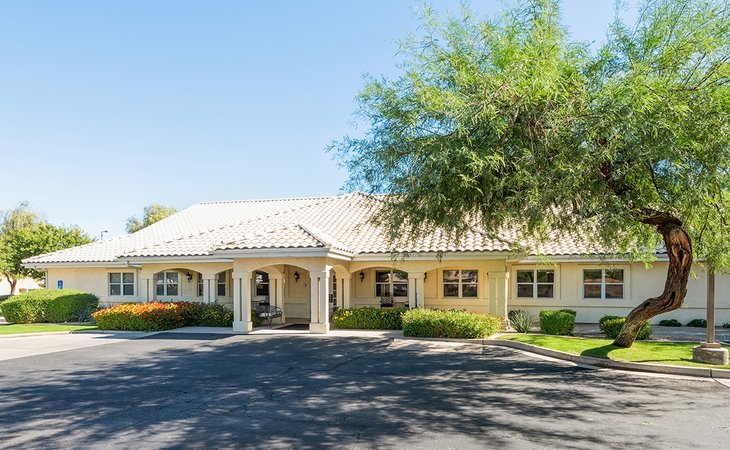 I went to Kingswood Place. I liked that the setup was one level, they had a lot of outdoor space and it was nice and wide open inside. It was very clean. They were very personable. I met some of the residents there. They were very nice. I just like the overall feel there. They have other care as well. And I asked about that because assisted living and skilled nursing are completely different in different states. So they offer other things there as well. They offer a lot more care if needed, than just assisted living. They have a plethora of skilled nursing things that you may need, they do offer it. So if you have a parent or someone, a family member, that needs to be catheterized the whole time they have the skilled employees there. They have the nurses, they can cover that. So that's not an issue with them. If they can't walk, they have people who can help them get up. They have wheelchairs and motorized scooters available there. My mother specifically right now, uses a Hoyer system. They do have the portable Hoyer there, and they train their people in using the Hoyer system, which is nice. Their facility is a little dated, but it's not rundown. They have a little movie room where they do popcorn and they have movie nights. They have a music night where they have a guy there who's like the longest-running deejay in the state of Arizona. He lives there. So he comes out and deejays there. They also have bingo. They have little groups that get together, like if the women want to crochet together, things like that, they do all that. So some people will sit there and play cards, or sit out and they'll do puzzles together. So they do have that. It's not a huge facility, which is great, but it gives enough to where it's easier to find people in case they go roaming off and they get lost somewhere because they can't. But it has a lot of nice outdoor green spaces. They have little birdhouses and bird feeders, so they can watch, you know, the birds outside if they want to sit outside, or they also have the capability to barbecue outside. So, yeah, I like that about it too. They have an open area, a little family seating area, or if you want something more private, they have a private family room.

Kingswood Place was very clean and looked very professional. The rooms were a good size. Everybody that I talked to and the people that live there were very friendly and spoke highly of the place. They had a nice little entertainment area. The prices weren't bad. So it seemed very nice to me. The staff was very helpful and introduced me to some of the people, so I got first-hand opinions of the people who live there. She showed me a couple of rooms and different models they had available. The place was an open area. They have a happy hour, so it seems like everybody's happy and having a good time.

Kingswood Place is an older facility. I didn't quite get a homey and comfortable feeling from that facility. It's assisted living, and it was a smaller and older community, so it didn't seem like they had quite as many activities as the other facilities had. The residents were doing some puzzles when I was there, but the place really wasn't very pleasant. I think they need to do some renovations since it is an older facility. The layout was actually not bad at all.

Thank you for sharing your feedback, this is extremely helpful. Our residents are always our #1 priority. Please contact our Enlivant Cares line to elaborate on your experience.

I found Kingswood Place assisted living to be very nice, well-kept, and spacious. The staff is very attentive and kind. They have studios and 1-bedrooms shown to us during the tour. I heard that they do exercise, but I didn't see where. They had a nice outdoor common area and it was well-kept.

We went to Kingswood Place. I really like the room that they have. It was really nice. I think it was going to end up being too expensive because they charge more for each activity of daily living that my mom needs help with. It was a bigger facility, and it was like a nursing home atmosphere. It was beautiful. It was just a little bit too big for my mom at the stage of dementia that she's in. I'm looking for a memory care assisted living facility for her because she has dementia. There were two ladies that we talked to, and they were very helpful and professional. When we went there, they were getting ready to play jeopardy or something. They also have music programs and exercise programs. They seem really nice. They have where you can pay extra to have your hair done or things like that. The dining area was nice and big. It looked like a cafeteria in the living facility. For visiting them, they gave us little bags of homemade banana bread or something like that. Apparently, their chef is really good. They were raving about it. Kingswood Place was very nice, clean and big, but it didn't suit my mom because she has dementia. I think she would have gotten lost there. They walked us around the whole facility. It was beautiful, and it had a courtyard outside. My mom would get lost in my house, so she would have gotten lost at this place too.

Kingswood Place was a very nice place. I only interacted with the admissions, and she was very nice. I actually didn't get to go in. I only got to look through a window at the room that dad would've been going into. It looked very clean and well kept up. They've got very friendly and helpful staff.

Kingswood Place worked out well for us because it has the exact same floor plan as her previous community. It's very clean, very nice, and cheaper than a lot of the places in Kingswood Valley which is nice. My mom moved in a couple of weeks ago. The staff is very friendly. Their dining area is pretty nice and even a little better than the previous community, including the staff. They have a lot of memory patients there, and they seem to have quite a number of activities designed for that. They had musicians come in to play the violin and a flute, they had a choir come in to sing for them. I like the fact that they're making my mother participate more. She's kind of antisocial but they take her down to the common area and they tell me that she seems to enjoy watching the TV. So far, they have met all my expectations so I like that. The activities were very good, they had more activities for my mother than the last place. It also costs about $3,000 less in a month.

I have to say the people are terrific, professional and really care about our loved ones at this facility. They have plenty of activities to do, are willing to help out and are all just real sweet people here. I cannot tell you how happy, my wife and I are about our folks staying at Kingswood Place. Awesome Management from the Director to the Nurse and the entire staff in between are waiting and willing to help out. They also really enjoy their jobs and it makes for a wonderful atmosphere at Kingswood. Give them a try and you wont be disappointed. Sincerely; Michael A. Mason

My Mom has been there for six months and she smiles every time staff comes in the room! They are always caring and compassionate. The facility is clean, well-maintained and there are activities daily. The food leaves something to be desired.

Seems like whenever I would leave visiting my mom there is only one staff on duty at night. I asked the young girl if she is the only one working and she tells me no. I asked her where is your other co worker at and she just tells me that she is probably with a resident. I have a feeling this poor girl is doing everything herself while the other co worker is probably asleep somewhere. On another note, my mom has asked for either a pain pill or nausea pill in the middle of the night and the young caregiver always answers her call with a smile. She tells my mom she will let the med aide know. When the med aide comes in, my mom says her hair looks messy as if she was asleep. I won't name any names who it is but I will say it's the one with an accent. This is on going and not fair for my mom, resident's or the young caregiver to be working by herself when the other med aide sleeps. I'm going to address this issue.

this is one of the worst places you could ever place your loved one. The staff is very un professional the management/nursing staff is rude. I am pulling my loved one out ASAP.

Most staff do not speak English, building old, constant change of staff.

Kingswood Place is a little outdated and a small facility compared to others. . They have around 15 residents. My mom stayed there for respite care for about ten days. She didn’t like the food. She had a studio apartment when she was there. It was an adequate private room for her. She only attended arts and crafts activities. ``

My dad is in a memory care facility. He has been there since July. He is on Kingswood Place. We chose it for the consideration of its location and pricing. The staff is excellent. They give excellent care. Everything is excellent.

My sister and I went and we didn't care for it. It wasn't as clean as I would like it to be. I didn't have any problem with the staff. The rooms seemed a little old or used and didn't seem to be kept-up like the other facilities. The ground did not look very nice, it looked like they needed to do more work. The overall look wasn't very inviting. It might be for somebody else but it didn't fit what our parents liked.

It was excellent here. They just remodeled the whole place.
See all Assisted Living reviews (16) See fewer reviews
Get Costs 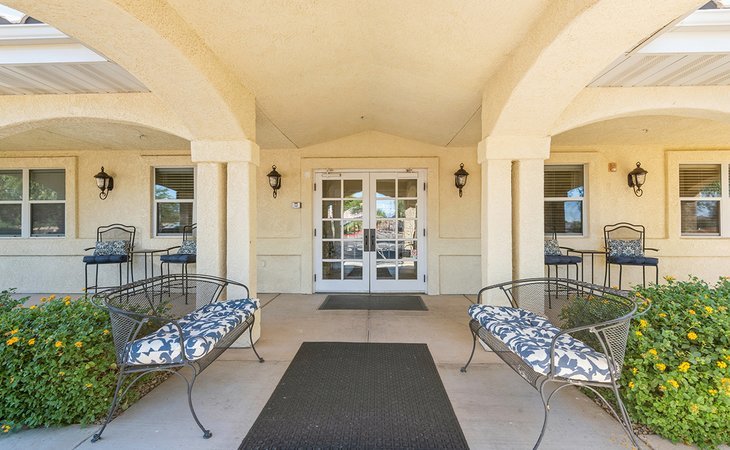 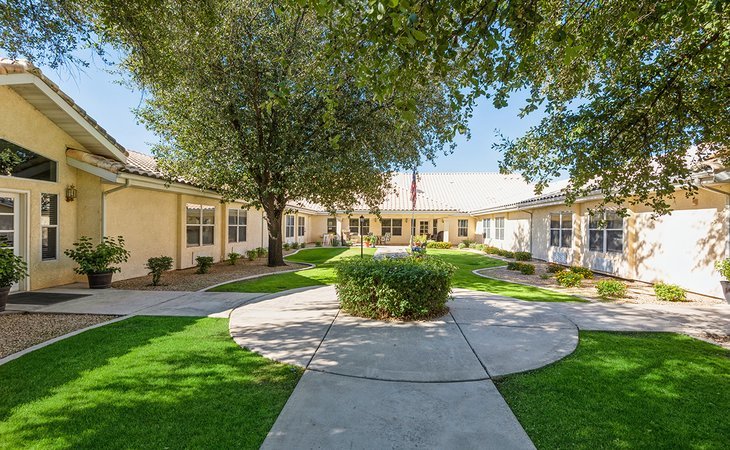 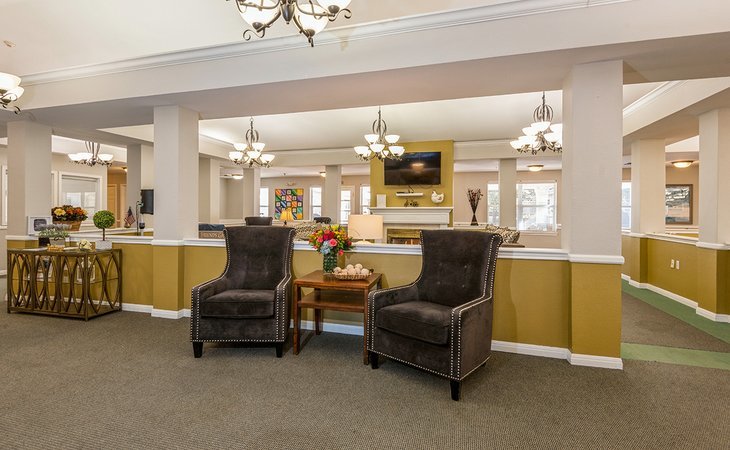 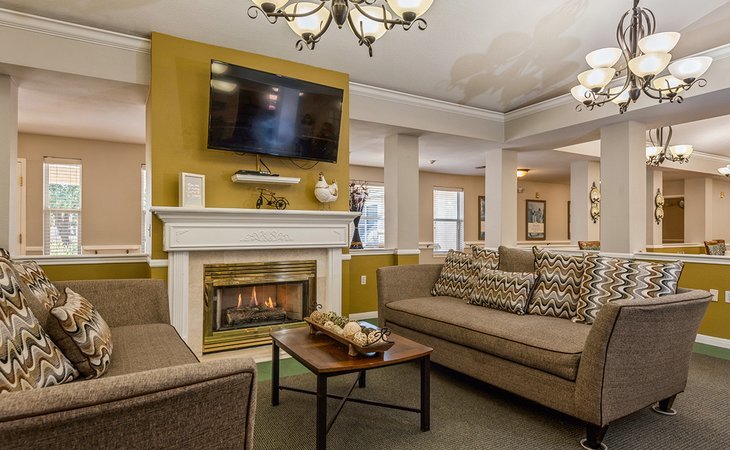 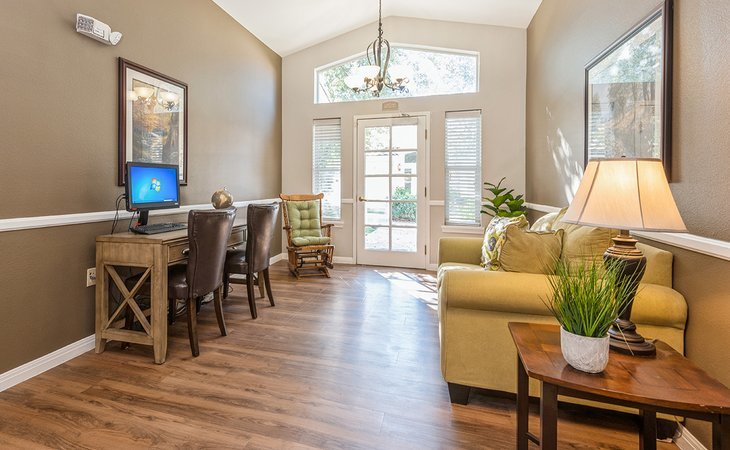 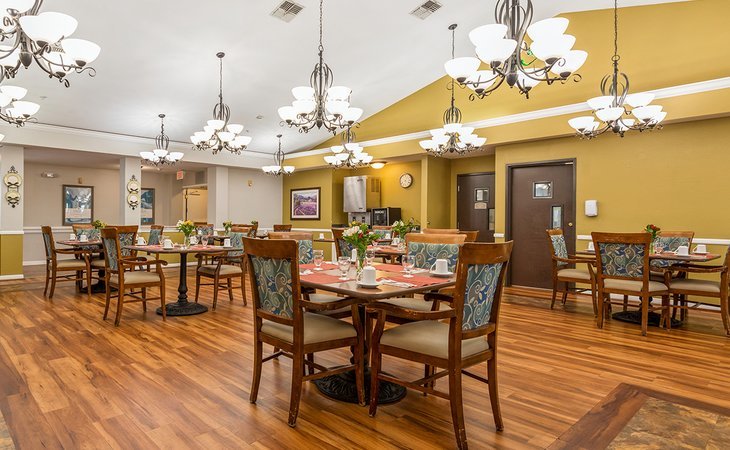 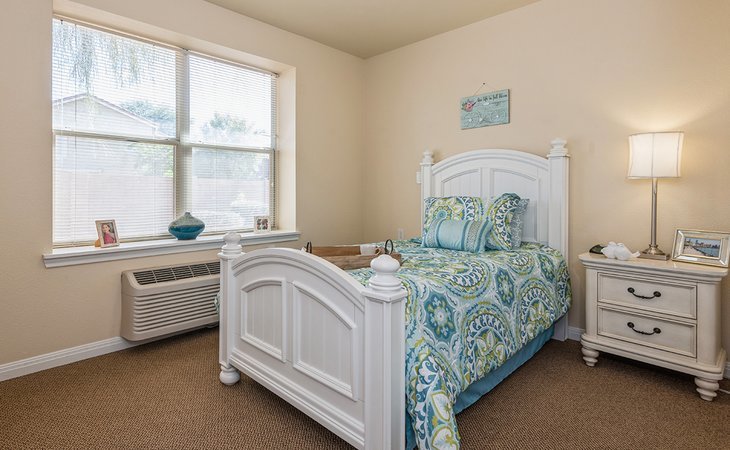 Services and Amenities of Kingswood Place

Kingswood Place, our senior living community outside of Phoenix, provides thoughtful, compassionate care in a warm, lively environment nestled in a quiet neighborhood. We develop individual care plans to meet the needs of each resident, and a full-time registered nurse is available 24 hours a day to provide clinical oversight and coordination of care. Our residents engage in a variety of activities, such as bingo, yoga, card and board games, pet therapy, movies, and socials. We enjoy the outdoors in our two courtyards, and take frequent trips to town for shopping, dining, and visits to the library and casino. Learn more about our senior living community in Surprise AZ by scheduling a visit today.

Other Senior Care in Surprise, AZ