Smart Ways to Offer Services and Housing for This At-Risk Community
By Dave Singleton, Health Journalist 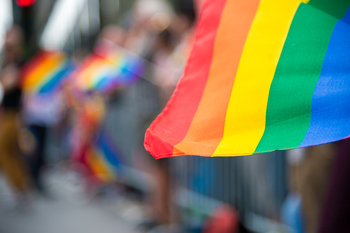 Closets are for clothes. Human beings don’t belong in them.

In 2014, I wrote about looking for – and finding in several instances – signs of hope for LGBT seniors either in need of inclusive services and housing options, or soon to be.

What I wrote then is true now. There is a great need for LGBT senior services and housing options, which have gained steam in the last decade, led by the rise of older LGBT baby boomers. But there’s still work to do. Is it getting better for LGBT seniors who need help and a place to live? How can we make sure none of them takes a backward step into a senior living closet?

Before addressing these two questions, it’s important to consider why we need LGBT senior services and housing options in the first place.

It’s been 48 years since the Stonewall Riots, a galvanizing moment when gay rights started moving forward in this country. But we’re still in the early stages of grasping what it really means to be LGBT and older.

Some of the younger generation can’t imagine the days when it was not only unacceptable but also illegal to be open about sexual orientation. They don’t bear the scars of previous generations who had to hide.

“Boomers are the first generation to live in a post-Stonewall world where there is acceptance of being gay and recognition of gay relationships,” says psychiatrist Dr. Loren A. Olson, author of “Finally Out: Letting Go of Living Straight." "Those born earlier lived in a world that was hostile to their orientation, considered them sick and perverted, and frequently lived a good share of their lives closeted."

Now, a confluence of a cultural and legal shift – along with sheer population size – is changing how we approach the needs of the LGBT senior community.

The Numbers Tell a Story

There are an estimated 3 million LGBT people over 65, and about double that are expected by 2030. What's more, 3 million, is very likely an underestimate. Any study that tries to measure the number of LGBT people is challenged by the fact that, due to fear and the closet, some LGBT folks won’t share the truth. They can also be difficult to find, since not all surveys seek out LGBT people, something that is unlikely to improve given the current political climate.

In March 2017, the U.S. Census Bureau announced that it did not plan to include questions about respondents' sexual orientation or gender identity in the 2020 Census. This move certainly isn't expected to help efforts to officially assess this population segment and address the issues that face them. But other research will continue to provide insights.

Couple the size of the LGBT senior population with statistics from SAGE that LGBT seniors are twice as likely as their straight counterparts to live alone, twice as likely to be single, and three to four times less likely to have children, and it’s clear there’s a need for more services and housing options.

“It’s difficult for an individual to be demanding of people upon whom you're dependent,” says Dr. Loren. “Changes must come, I believe, through collective advocacy, and many later-life LGBT aren't particularly good self-advocates. As older LGBT men and women, we must make some noise, but many of the young old are tired of advocacy and want to let the younger generation take over. Unfortunately, we can't count on the younger LGBT community (for the most part) to advocate for us, because we are largely invisible to them, too.”

Other issues facing the older LGBT population include mistrust in health care providers because of early experiences with them and financial concerns. Prejudice may have led to workplace challenges that decreased earnings and savings and being both LGBT and older might be a double whammy for later-life employment, not to mention the issue of retirement savings.

“Not saving enough for a retirement is an issue for all,” says Dave Hughes, author of “Design Your Dream Retirement: How to Envision, Plan For, and Enjoy the Best Retirement Possible” and "Retire Fabulously" blogger. “But the LGBT community may not be saving enough for retirement because we’re a youth-oriented community and don’t like to think about getting old.” 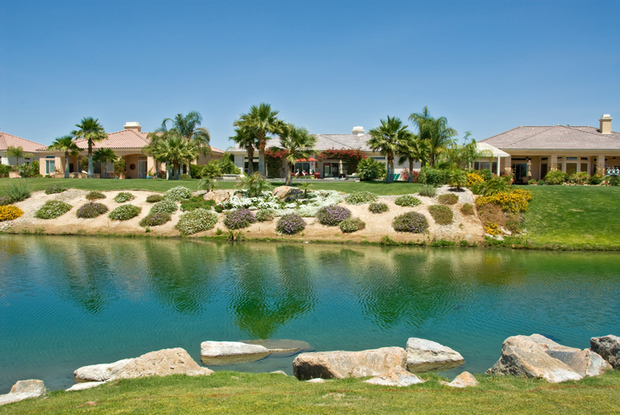 Palm Springs is home to one of the few LGBT assisted living communities in the U.S.

Cost is just one housing factor for LGBT seniors. In 2014, I explored various reasons behind the sporadic success of LGBT senior homes. Some opened and closed quickly due to economic forces, Others were scrapped because of a bad real estate market. It’s hard to know if homophobia and fears around market demand for this relatively new concept played a part in limiting development.

Since then, there seems to be a rise in both demand and development, thanks to a number of forces at work. From the government to LGBT advocates and organizations to real estate developers, new LGBT housing options have popped up from coast to coast.

U.S. News & World Report recently published a list of "20 Retirement Communities for LGBT Seniors," and the number 20 stands out as evidence of this growth.

Looking ahead, several other LGBT senior living homes are underway, too, including North Park Senior Apartments in San Diego, Mary's House for Older Adults in Washington, D.C., and two in New York -- the Ingersoll Senior Residences in Brooklyn and the Crotona Senior Residences in the Bronx. As SAGE announced recently, the latter two are the first senior housing development with services benefiting the elder LGBT community. Both communities will have SAGE offices on site to help residents with a variety of services, from medical to financial.

“I’m surprised there aren’t more LGBT senior living communities than there are,” says Hughes, who wrote the U.S. News & World Report article. “And even with the ones we have, there are challenges we must address.”

To examine the potential challenges, consider these three common types of housing options:

1. Communities for active LGBT seniors who don’t need much help
Some examples include Seashore Points in Provincetown, Massachusetts, Carefree Cove in Boone, North Carolina, and Birds of a Feather in Pecos, New Mexico. One main challenge is that you need to self-fund these private homes, several of which are on the outskirts of urban areas and have suffered from lack of demand, according to Hughes.

It’s striking that so many LGBT senior housing options are away from cities, given the LGBT community’s historical propensity toward more urban environments. “Based on data from my reader polls,” says Hughes, “LGBT folks gravitate toward more urban places and are most interested in diversity, LGBT community and LGBT-friendly services, and cultural events. So there’s a mismatch of interest versus availability.”

In addition to location and economic factors, there are other challenges, including finding the right developers and navigating the regulatory environment for what’s still a relatively new concept.

A recent Equal Rights Center study documented discrimination by senior housing facilities against prospective residents, according to a November 2016 New York Times article. As part of the study, both LGBT and straight couples applied for housing in 10 states and nearly half of the gay couples experienced at least some discrimination during the application process, according to the article.

The Fair Housing Act doesn’t prohibit discrimination on the basis of sexual orientation or gender identity, but a pending case may challenge this federal law. As the New York Times reported, lesbian resident Marsha Wetzel accused her senior living community of bias. The article notes that if successful, Wetzel's case could set an important precedent "establishing the responsibility of housing providers to actively address discrimination based on gender identity and sexual orientation under the federal Fair Housing Act.”

Many older LGBT people don’t feel safe enough to share details about their personal lives with healthcare and service providers and fellow senior living residents. Those who do may face the kind of prejudice alleged by Marsha Wetzel and that’s why training is essential.

“I believe that stories change lives, not statistics,” says Dr. Loren. “It is much more difficult to hate someone when you know them as a human being.”

Effective training leads to service and housing providers knowing their LGBT clientele, and addressing and supporting their specific needs. It also helps in establishing and enforcing respectful expectations, norms and rules for senior living residents.

In 2010, Services and Advocacy for Gay, Lesbian, Bisexual and Transgender Elders (SAGE) received a grant from the U.S. Department of Health and Human Services, Administration on Aging, to create the National Resource Center on LGBT Aging – the first LGBT aging center for training and assistance. SAGE started their national training efforts soon after. In 2016, they launched a training and consulting division called SAGECare.

As of June 2017, they’ve trained 16,086 individuals and 207 credentialed senior service providers in 40 states, and these numbers are growing.

SAGECare LGBT trainings -- which occur in-person and through live webinars and/or online – cover topics such as:

“SAGECare has been a game changer in providing competent and respectful care, says Tammy Marshall, Chief Experience Officer of The New Jewish Home in New York City. “The clients and our workforce have benefited in terms of their level of trust in our brand and what we stand for. The staff feels prepared and the clients feel respected, what more could you ask for?”

Since 2013, I’ve spent time in assisted living homes, both the one where I moved my mother in Virginia as well as others I’ve explored in Washington, D.C. and Virginia for both personal and professional research. I always have my eye out for signs of LGBT inclusivity, such as building notices or mentions in promotional literature. I have seen just one LGBT mention in a brochure and met just one openly gay man, who told me he felt he needed to be closeted to stay safe.

But from laws to training, there have nonetheless been pivotal and positive steps forward. The Supreme Court affirming marriage equality in 2015 “has had a major impact that will grow as time goes on,” says Dr. Olson.

“Now, having been married for several years, my husband and I have solid legal footing to make demands for each other in institutions offering care to older LGBT. I no longer fear that our choices for the other will be prioritized over what our biological families might want,” Olson says. “I say this with some trepidation: I know that as hard as that fight was to win, it could so easily be lost.”

Training from organizations such as SAGECare, with their LGBT history background and personal stories, is making LGBT lives more visible. “[It] usually leads some trainees to cry and feel an empathy for issues that, prior to the training, some never understood,” says Marshall. “What does being in the closet for years really feel like? Training really impacts people.”

The world only spins forward, as Tony Kushner wrote in his seminal play, "Angels in America." Will we keep spinning forward – albeit, slowly – toward service and housing options that guarantee all LGBT seniors are treated with respect and dignity? If so, in 20 or 30 years, with rising acceptance and understanding of LGBT lives, there may not even be a demand for LGBT-only housing.

To not need it is a worthy goal.

In determining the rights of LGBT seniors, these resources can help both caregivers and seniors:

READ THESE NEXT: The Dangers of Loneliness